Karen Friedman Agnifilo serves as Chief Assistant District Attorney. As Chief Assistant, Ms. Friedman Agnifilo oversees an office of approximately 500 lawyers and 700 support staff. She supervises roughly 42,000 cases per year, down from more than 100,000 cases in 2009, after ending the criminal prosecution of thousands of misdemeanors, violations, and infractions. She is responsible for overseeing all policy-related matters, including the Office’s Criminal Justice Investment Initiative, which seeks to transform the criminal justice system by investing more than $800 million of criminal asset forfeiture funds in projects that improve public safety, prevent crime, and promote a fair and efficient justice system, as well as the Office’s Sexual Assault Kit Backlog Elimination Grant Program, which has resulted in the testing of more 55,000 backlogged rape kits in 20 states.

A veteran of the Manhattan District Attorney’s Office, Ms. Friedman Agnifilo previously served for 14 years as an Assistant District Attorney, including four years as Deputy Chief of the Sex Crimes Unit. She also served in the Homicide Investigation Unit, the Family Violence and Child Abuse Bureau, and the Asian Gang Unit. Ms. Friedman Agnifilo is a 1988 graduate of the University of California, Los Angeles, and a 1992 graduate of Georgetown University Law Center.

Carey Dunne serves as General Counsel. Mr. Dunne first joined the office as an Assistant District Attorney in Trial Bureau 70 in 1984. He later became a partner in the law firm of Davis Polk & Wardwell, where he practiced for nearly 30 years, representing companies and executives in high-profile criminal investigations and commercial disputes. He also served for nine years on Davis Polk’s three-person Management Committee.

Mr. Dunne was elected President of the New York City Bar Association from 2012 to 2014, after being appointed to a variety of other positions, including Chair of the Association’s Judiciary Committee.In 2015, he was nominated by the New York State Commission on Judicial Nominations to be Chief Judge of the State of New York. In 2007, he was appointed by Chief Judge Judith Kaye as Chair of the Special Commission on the Future of the New York State Courts, after previously serving on the Chief Judge’s Commission on the Future of Indigent Defense Services, and as Chief Counsel to the New York State Commission on Drugs and the Courts, which was instrumental in the establishment of the nation’s first Drug Courts. He also served as a member of Chief Judge Janet DiFiore’s Judicial Task Force on the New York State Constitution. Mr. Dunne is a recipient of the Fund for Modern Courts’ McCloy Award for Outstanding Contributions to the Administration of Justice; the New York Law Journal’s Public Service Award; the Law and Society Award from New York Lawyers for the Public Interest; and the Federal Bar Council’s Whitney North Seymour Award for Outstanding Public Service. He is a graduate of Oberlin College and Harvard Law School.

Hilary Hassler serves as Executive Assistant District Attorney and Chief of the Appeals Bureau. In addition, Ms. Hassler is a member of the Office’s Committee on Conviction Integrity.

Ms. Hassler began her legal career as an Assistant District Attorney in the Office’s Appeals Bureau in 1979. She handled all manner of state court appeals, including felony convictions and civil proceedings in both state and federal court. In 1981, Ms. Hassler was assigned to the Trial Division, where she was responsible for felony street-crime prosecutions, including homicides.Ms. Hassler resigned from the Office in 1986 and was appointed Principal Law Clerk to Acting Supreme Court Justice Allen Alpert, in New York County. One year later, she was reappointed as an Assistant District Attorney and returned to the Appeals Bureau, where she served in various capacities, including Supervising Appellate Attorney, Deputy Chief, and ultimately in 2009 was appointed Chief of the Appeals Bureau.Ms. Hassler graduated from the State University of New York at Albany and Brooklyn Law School, where she was a published member and senior editor of the Brooklyn Law Review. She is currently a member of the executive committee of the Criminal Justice Section of the New York State Bar Association.

John Irwin serves as Executive Assistant District Attorney and Chief of the Trial Division. Mr. Irwin is a veteran prosecutor who oversees the most serious violent crime cases prosecuted by the Office.

Mr. Irwin joined the Office in 1987, following his graduation from Georgetown University Law Center, and was assigned to Trial Bureau 80 until he was appointed Deputy Chief of the Trial Division in early 2010. While in Trial Bureau 80, Mr. Irwin held every possible position, starting as a line prosecutor and later becoming Criminal Court Supervisor, Senior Trial Counsel, Deputy Bureau Chief, and, finally, Bureau Chief.

Ms. Moore also serves as Chief of the Special Victims Bureau, where she oversees the management of the Child Abuse, Domestic Violence, Elder Abuse, Sex Crimes, Human Trafficking Response, and Witness Aid Services Units. Additionally, Ms. Moore oversees the District Attorney’s Harlem and Washington Heights Offices, and is a member of the Conviction Integrity Committee.Ms. Moore joined the Office in 1989 and was assigned to Trial Bureau 60, where she was a member of the Domestic Violence Unit and prosecuted felony domestic violence cases and other violent felonies. Ms. Moore served as Criminal Court Supervisor of Trial Bureau 60 from 1996-1998. In 1999, she transferred to the Family Violence and Child Abuse Bureau and, in 2000, she was appointed Deputy Bureau Chief. In that capacity, she investigated and prosecuted child sexual assault cases, investigated child fatalities, and supervised assistants in the handling of domestic violence cases.In 2009, Ms. Moore was appointed co-Chief of the Family Violence and Child Abuse Bureau before her appointment as Chief of the Special Victims Bureau, and additionally served as Chief of the Domestic Violence Unit.Ms. Moore has served on the Legal Hiring Board since 1994, and now serves on the Board’s Executive Panel. From 2000-2002, she served as the Attorney-in-Charge of the Summer Intern Program. She is a founding member of Legal Hiring Board’s Diversity Outreach Committee and was co-Chair of the Mentoring Committee. In September 2006, Ms. Moore was presented with the New York County Lawyers’ Association Public Service Award. In November 2007, she was presented with the New York City Bar Association’s Thomas E. Dewey Medal, an award given annually to an outstanding assistant district attorney in each of the City’s District Attorney’s Office. 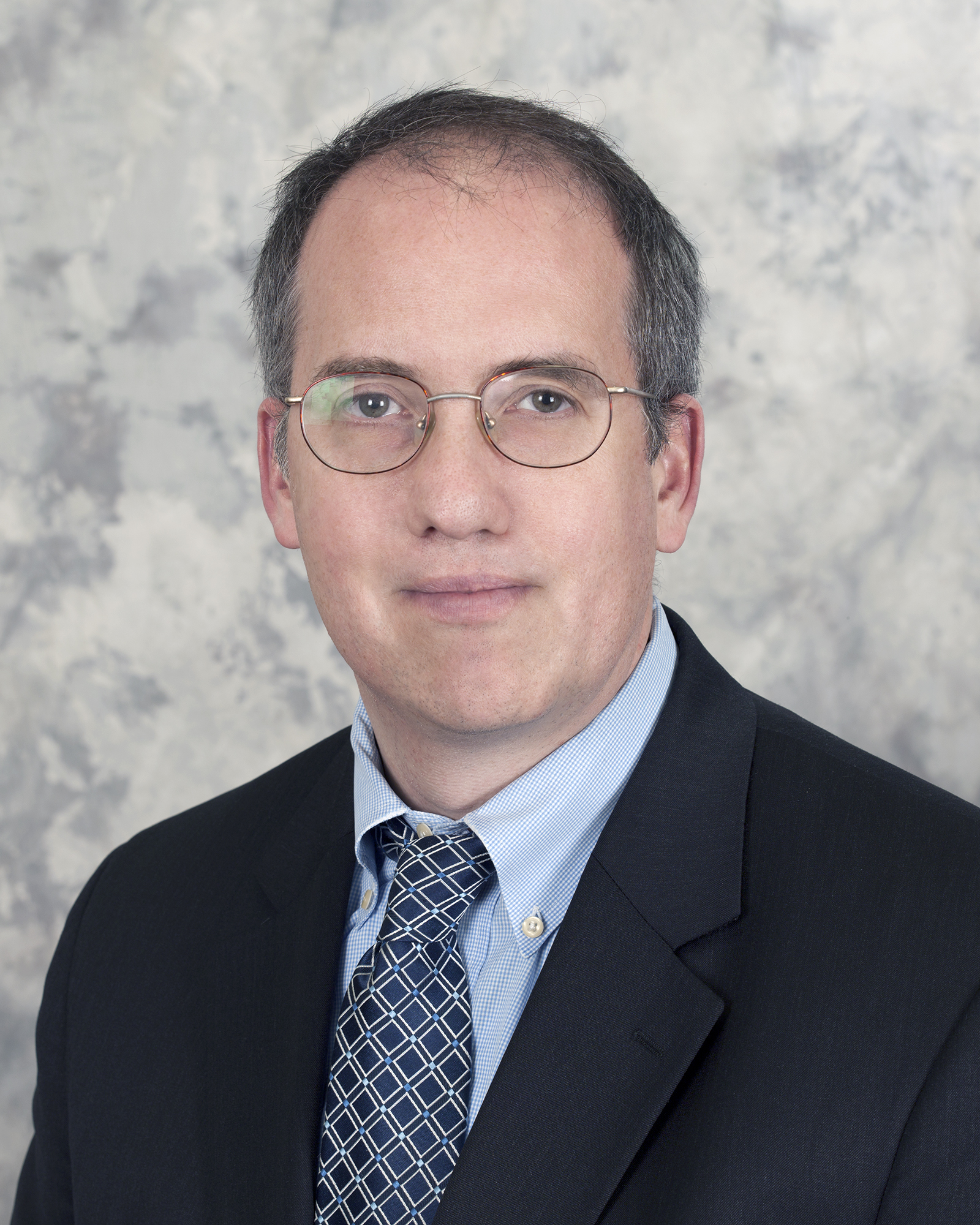 Mr. Conroy joined the office in 1996. He began as a trial attorney in TB 80, and has since served as an assistant in the Frauds Bureau, as an assistant and Deputy Chief in the Homicide Investigation Unit, and as a supervisor in the Major Economic Crimes Bureau since 2011, including as Chief since 2015.

In 2014 Mr. Conroy received the U.S Department of Justice Assistant Attorney General Award for Exceptional Service for his work on the prosecution of BNP Paribas Bank. In 2019, he received the NYC Bar Association’s Thomas E. Dewey Award, presented each year to an outstanding assistant district attorney in each of the City’s District Attorney’s Offices. He received his undergraduate degree from Georgetown University’s School of Foreign Service and his J.D. from Fordham University School of Law.

Bonnie Sard serves as Administrative Assistant District Attorney and Director of Legal Hiring. As Administrative Assistant District Attorney, Ms. Sard assists in the management and oversight of the internal operations of the Office, including matters relating to fiscal, information technology, human resources, office support, and facilities operations and management.

As Director of Legal Hiring, Ms. Sard has direct oversight of the Permanent and Summer Legal Hiring Boards. Ms. Sard makes recommendations to the District Attorney on the hiring, promotion and reallocating of legal staff, legal staff management issues, and diversity outreach efforts for legal and support staff.Ms. Sard joined the office in 1994, and was assigned to the trial division where she prosecuted a wide variety of street-level crimes including homicides, robberies, burglaries and drug offenses, and where she was a member of the Sex Crimes Unit. In 2003, she was appointed Deputy Bureau Chief of Trial Bureau 60, serving in that position until her appointment in 2010 as the inaugural Chief of the Conviction Integrity Program. As Chief of the Conviction Integrity Program, Ms. Sard worked to ensure that the Manhattan DA’s Office continues to set the standard among prosecutors’ offices for fair and ethical prosecutions. She has also advised other District Attorney’s Offices on the creation and implementation of their own conviction integrity programs.

In 2013, she was honored by the New York County Lawyers’ Association with its annual Public Service Award. She is a 1994 graduate of Brooklyn Law School and a graduate of Dartmouth College. 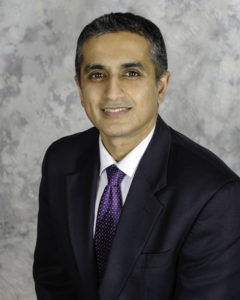 Nitin Savur serves as Executive Assistant District Attorney for Strategic Initiatives. He is also the Deputy Chief of the Trial Division in Charge of Criminal Court, a position he has held since September 2010, where he oversees New York County Criminal Court and the approximately 60,000 misdemeanor and violation cases that pass through the Court each year.

Mr. Savur joined the office in 1999, and was initially assigned to Trial Bureau 80. He served as the Criminal Court Supervisor of Trial Bureau 80 from September 2007 to March 2009.In 2009, Mr. Savur was appointed Deputy Chief of the former Identity Theft Unit, and in 2010, was appointed Deputy Chief of the newly formed Cybercrime and Identity Theft Bureau. He has also assisted in the supervision of felony Assistants in the prosecution of identity theft-related cases, and served as a liaison to the NYPD Grand Larceny Task Force. Mr. Savur has also been an active member of the Legal Hiring Board since 2003. He has served as a Summer Intern Supervisor since 2007, and is a founding member of the Legal Hiring Board’s Diversity Outreach Committee. In October 2014, Mr. Savur was appointed the EEO Officer and has the overall responsibility for the development and monitoring of the Equal Employment Opportunity Program. In December 2013, he received the New York City Bar Association’s Thomas E. Dewey Medal, an award presented annually to one outstanding assistant district attorney in each of the City’s District Attorney’s Offices. In February 2018, he received the DANY Association Award for outstanding service to law enforcement. In May 2010, Mr. Savur graduated from Leadership New York, a one-year civic leadership development program for mid-career professionals from diverse backgrounds, sectors and perspectives. He is a graduate of Rutgers University and City University of New York School of Law.

Before joining the office in 2019, Mr. Sowell oversaw the New York City Police Department’s $6 billion operating budget as well as its $1.7 billion capital budget at the New York City Mayor’s Office of Management and Budget. Previously, Mr. Sowell served as the Grants Coordinator in the D.A.’s Office’s Bureau of Planning and Management from 2010 to 2013. Mr. Sowell holds a B.A. from Northwestern University and a Masters of Public Administration in Public & Nonprofit Management & Policy from New York University’s Robert F. Wagner Graduate School of Public Service.

Joan Vollero serves as Senior Advisor for External Affairs. Ms. Vollero joined the Office in 2010, and served as the Director of Communications, Deputy Director of Communications, and Senior Advisor for Intergovernmental Affairs and Public Policy. She serves as the lead organizer for Prosecutors Against Gun Violence, an independent coalition of approximately 50 prosecutors from diverse jurisdictions throughout the United States working toward solutions to gun violence. She founded the Manhattan District Attorney’s Sustainability Committee and is a longstanding member of the Office’s Diversity Committee.

Ms. Vollero previously served as a spokesperson for former Manhattan Borough President Scott M. Stringer, and worked for four years at NY1 News, where she served as a Political Producer and won an Associated Press Award for her work on the daily, hour-long political program Inside City Hall. Joan is a graduate of Tufts University, and received her Master’s in 2005 from the Medill School of Journalism at Northwestern University.