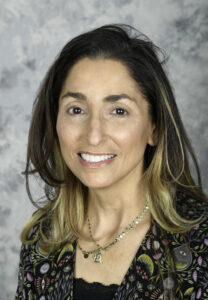 Most recently, Meg Reiss served as Chief of Social Justice in the Kings County District Attorney’s Office (Brooklyn, NY) where she worked to create community-led networks to enhance safety and build community trust without relying on institutional programing or incarceration. Reiss started her career as a prosecutor in the Brooklyn DA’s Office and served as a homicide prosecutor there, Chief of Staff in the Nassau County DA’s Office, a deputy monitor on a team that supervised the Los Angeles Police Department’s compliance with a federal consent decree, part of a panel that oversaw London’s Metropolitan Police Service, and Executive Director of the Institute for Innovation in Prosecution at John Jay College. In addition to Meg’s work on public safety and reform, she also brings deep expertise in white collar enforcement, including having led investigations of major financial institutions concerning violations of key areas of enforcement for Manhattan, including money laundering, antitrust, and securities. 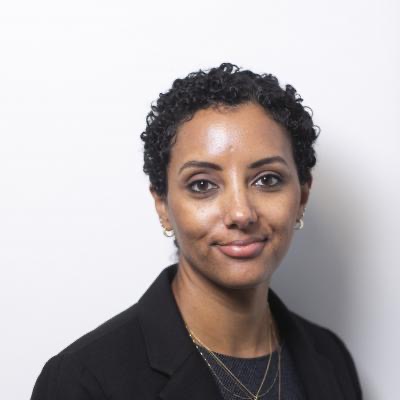 Sherene, a DANY alum, previously served in multiple capacities at the Center for Court Innovation, most recently as its Director of the Center for Court Innovation’s new Strategic Planning and Impact Department. Before obtaining her law degree, Sherene spent nearly a decade working with survivors of intimate partner violence at Safe Horizon and the Mayor’s Office to Combat Domestic Violence. 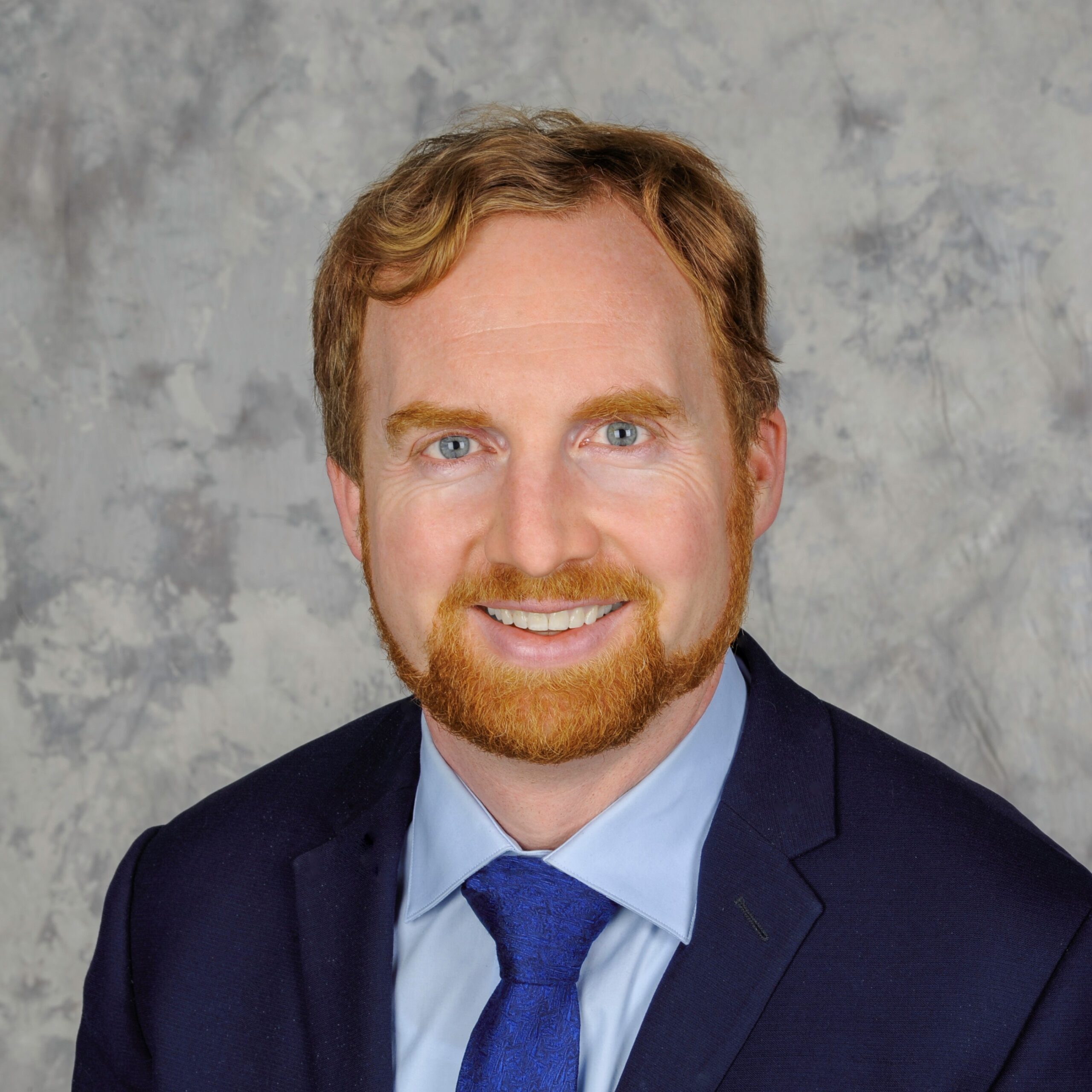 Brian most recently served as a Deputy Director at the New York City Council, where he managed the team that created and helped implement the Council’s agenda on criminal justice and immigration issues, including the closure of jails on Rikers Island.  He started his law career as a public defender in Brooklyn. 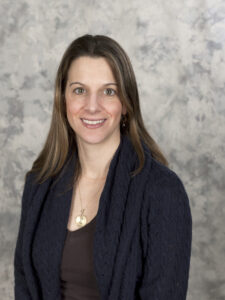 Lisa joined the Manhattan D.A.’s Office in September 1995 and was assigned to Trial Bureau 30. During her career at the D.A.’s Office, she has served in the Firearms Trafficking Unit and the Sex Crimes Unit, and has been appointed Forensic Supervising Attorney and a member of the homicide chart. Lisa has worked at the highest levels of the Trial Division for nearly two decades. In 2017, she was appointed Chief of Trial Bureau 30 after serving as Deputy Chief of Trial Bureau 70 for 14 years. Since 2003, she has been an Adjunct Professor of Trial Advocacy at New York Law School. 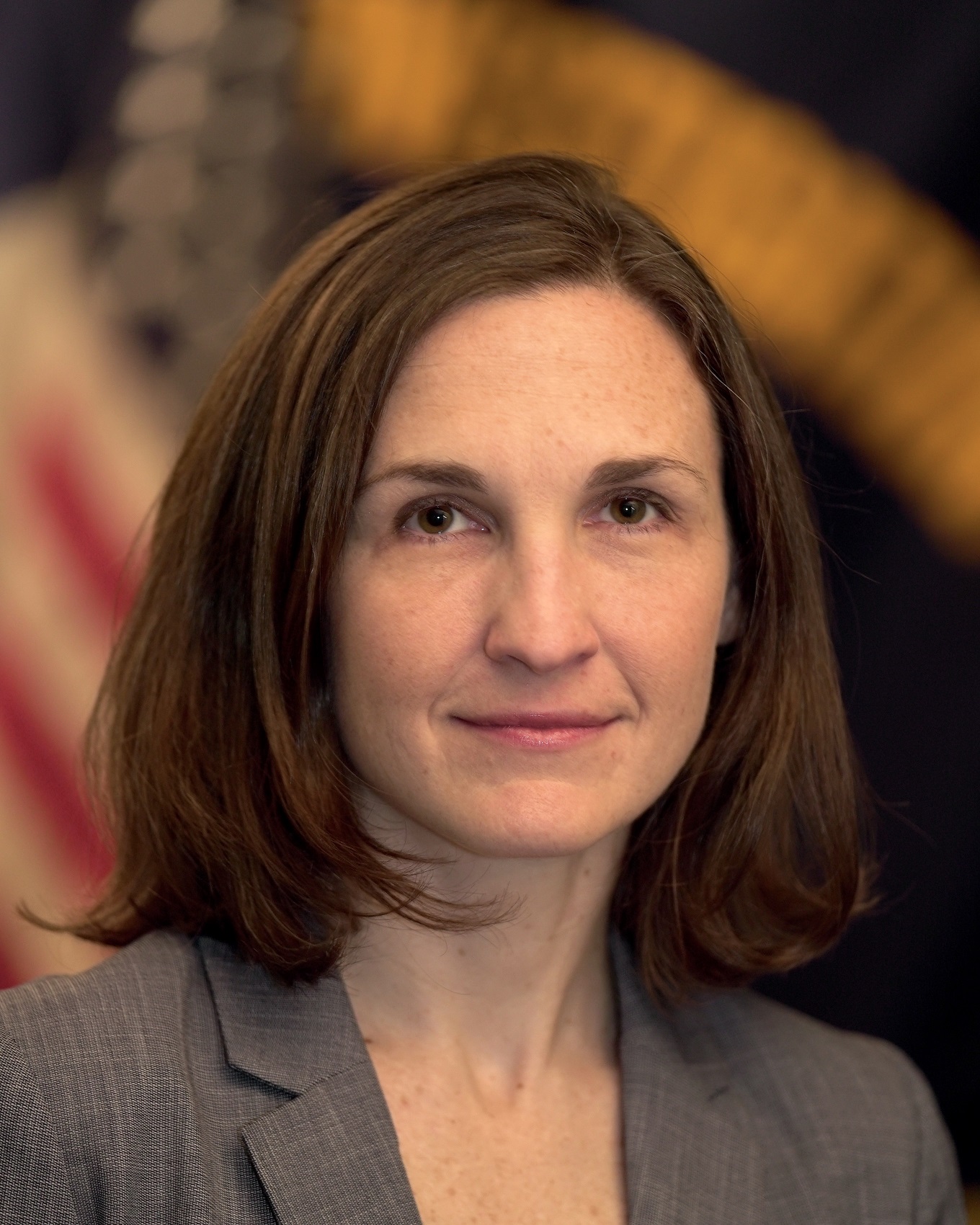 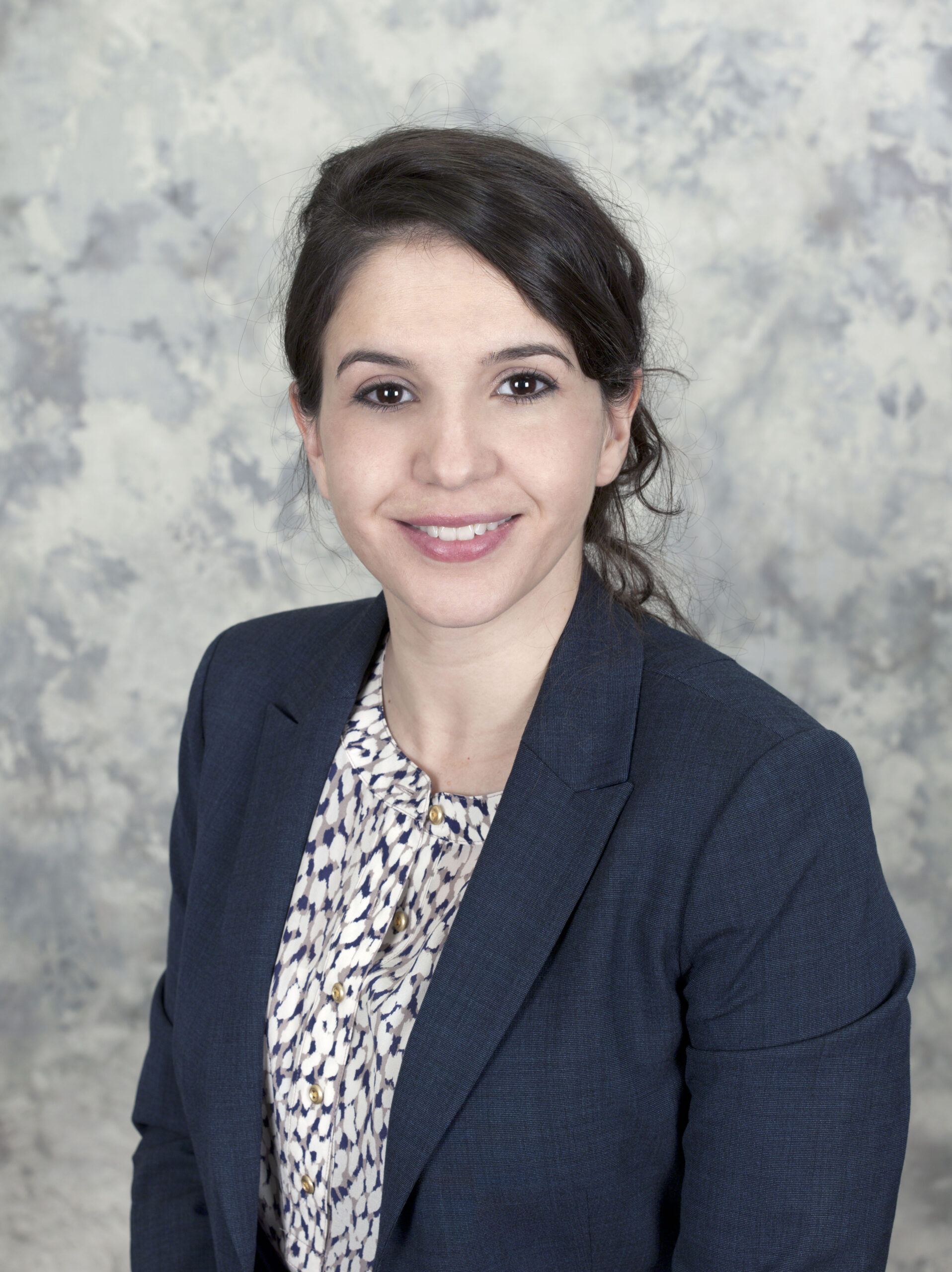 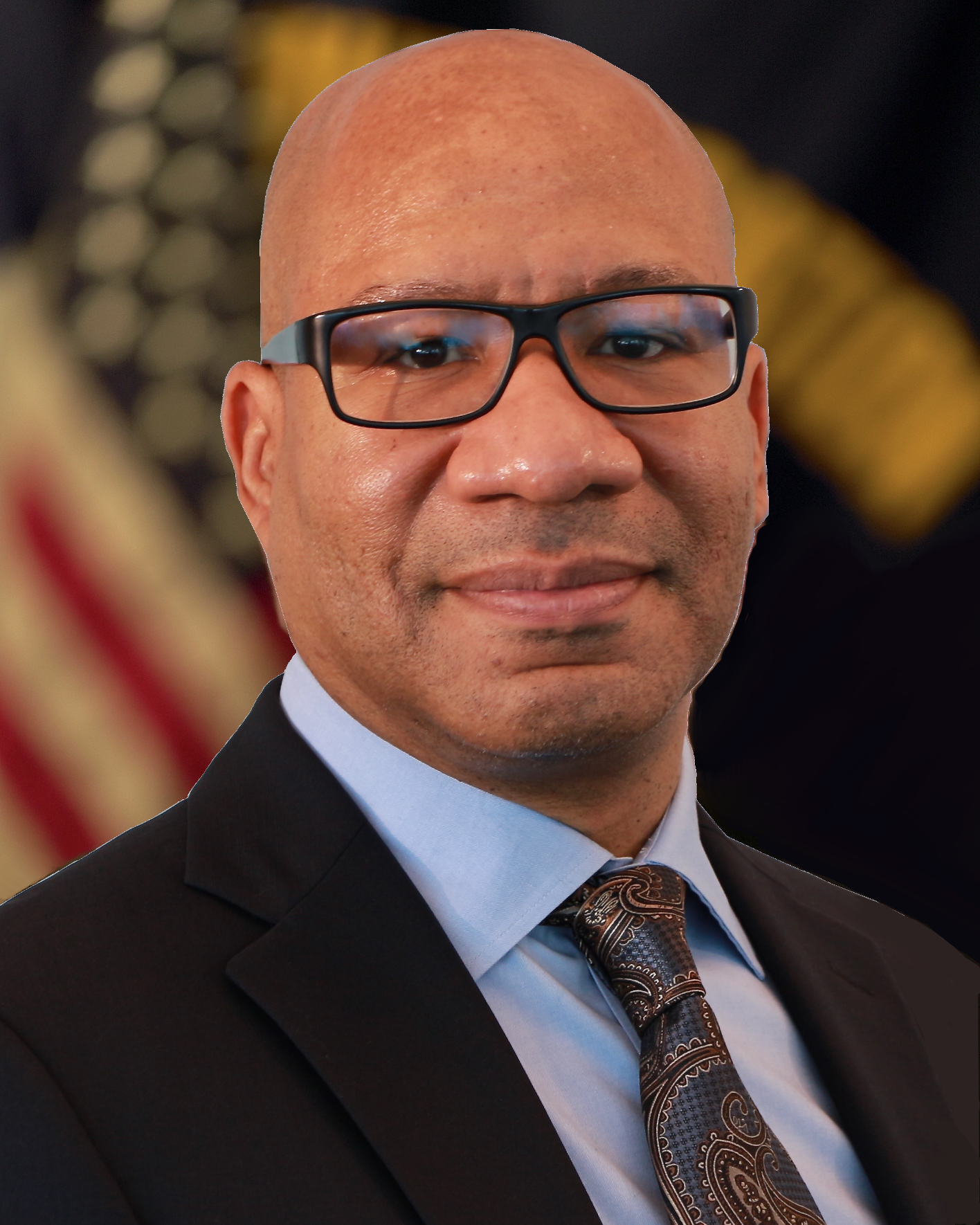 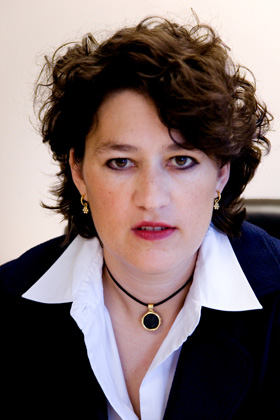 Susan Hoffinger is a founding partner of The Hoffinger Firm, PLLC.  Her practice focused on white collar and non-white collar criminal defense, civil litigation, both state and federal, as well as regulatory matters and internal company investigations. Susan previously was an Assistant D.A. at the Manhattan D.A.’s Office from 1992 to 2000, serving in the Forfeiture Unit, Trial Bureau 70, and the Frauds Bureau. 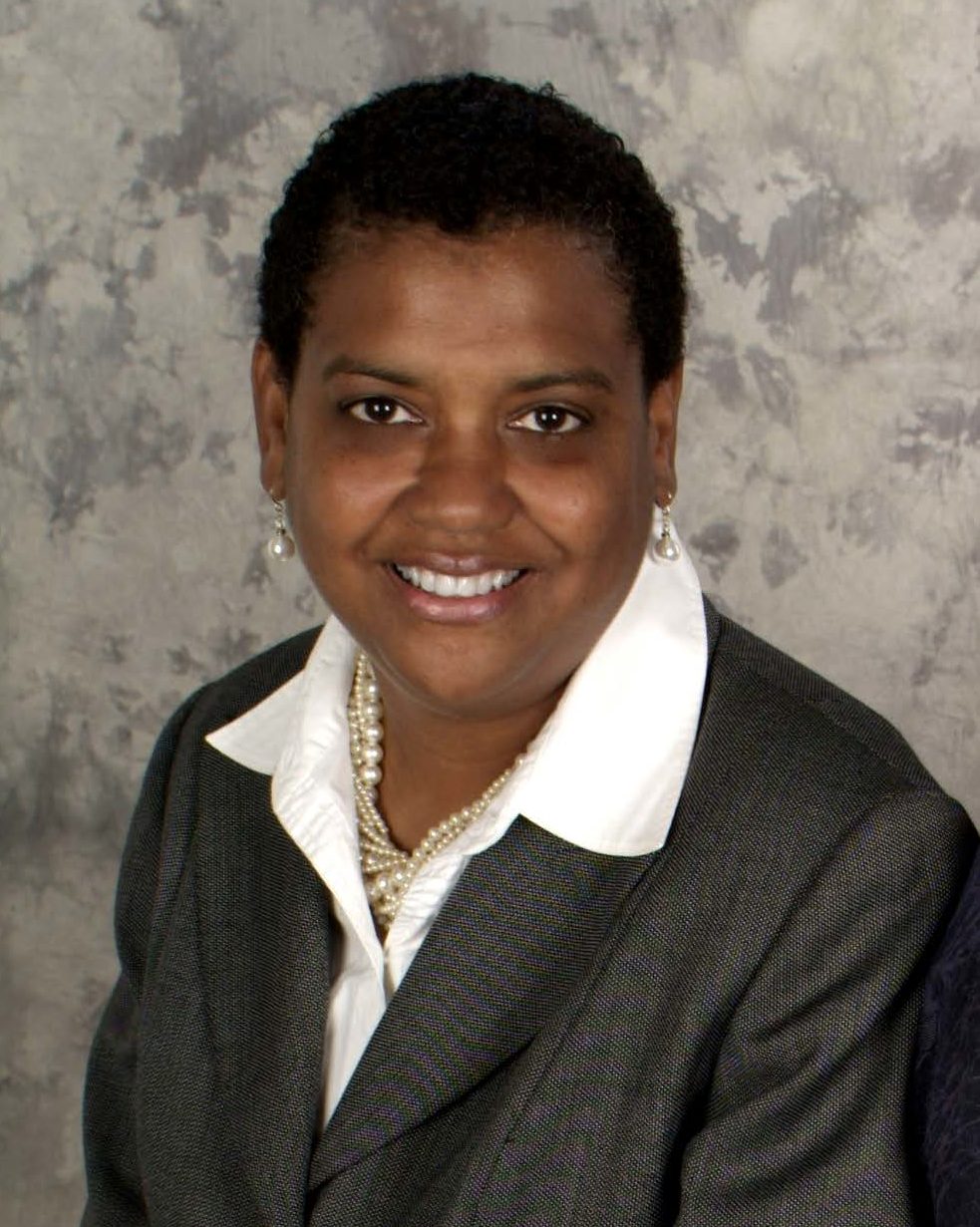 Audrey Moore has spent the last 31 years at DANY. Most recently, she was First Assistant and Chief Diversity Officer, where she led the office in diversity, equity, and inclusion initiatives.  Audrey also previously served as Chief of the Special Victims Bureau, where she oversaw the Child Abuse, Domestic Violence, Elder Abuse, Sex Crimes, Human Trafficking Response, and Witness Aid Services Units. 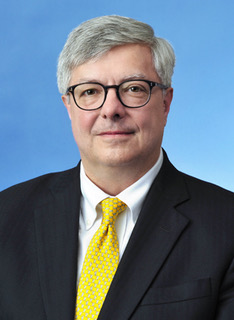 Peter has spent over two decades in public service, and a decade as a defense lawyer. He started his career at the Manhattan D.A.’s Office in Trial Bureau 40 and then worked in the Labor Racketeering Unit, where he was a Deputy. Over his career, he has served as the Director of Policy for New York State, Chief of the Criminal Division at the NYAG, Inspector General for the NYC School Construction Authority, and Chief of the Investor Protection Bureau in the AG’s Office. 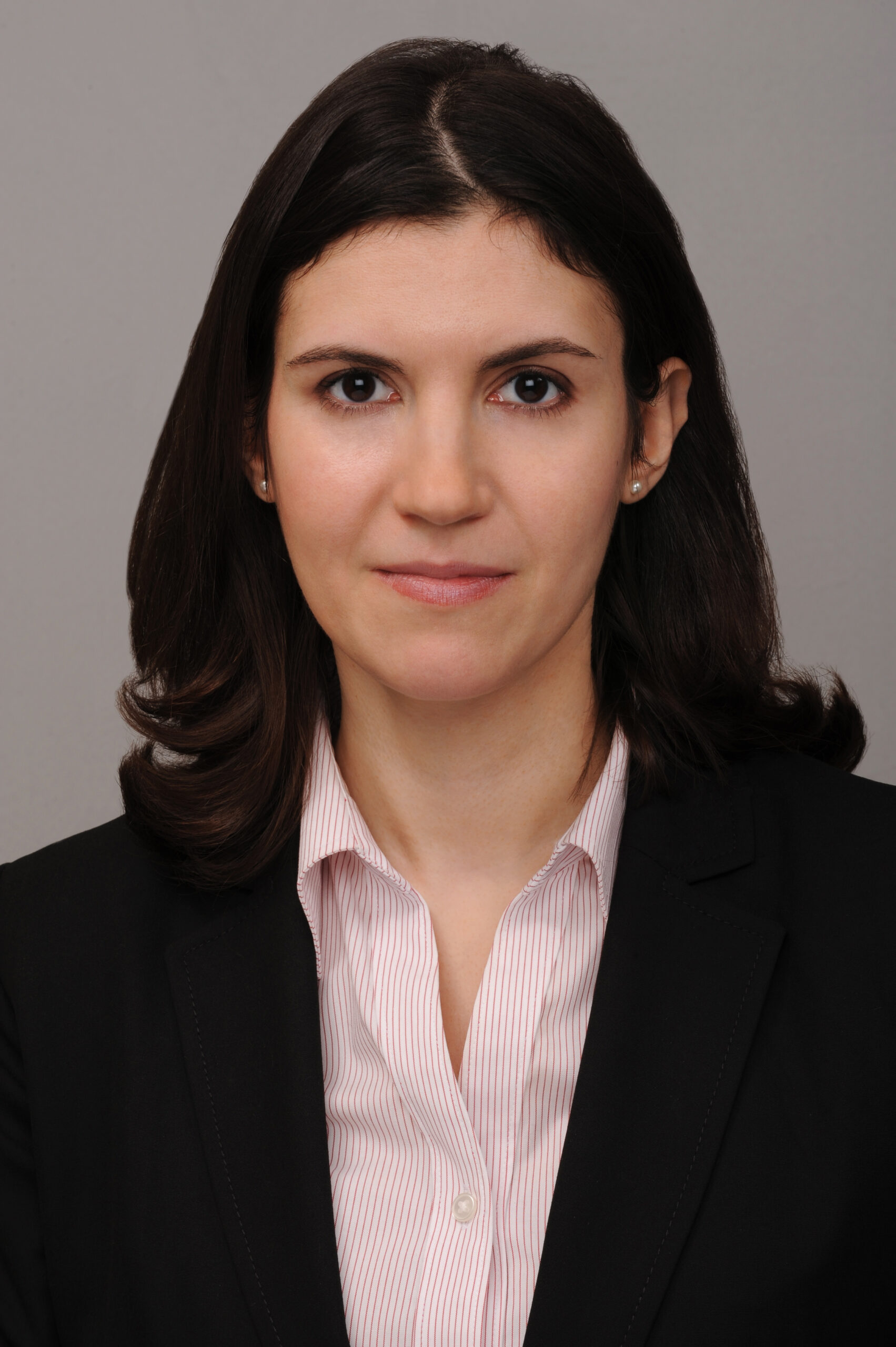 Most recently, Terri headed the DNA Unit at the Legal Aid Society.  She also represented clients as a public defender in the Bronx, and as an attorney in an appellate and civil rights law firm.  Terri serves as committee chairs in both city and national bar associations and has a leadership role in a national forensic science organization.  The Post-Conviction Justice Unit reports directly to D.A. Bragg. 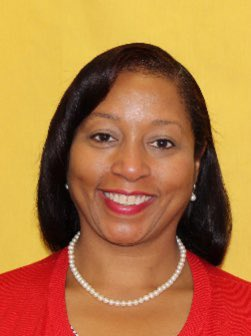 Joyce served as Acting Nassau County District Attorney, after previously serving as Executive Assistant District Attorney for the Community Relations Division.  She began her career as an Assistant District Attorney in Queens, where for fifteen years she specialized in prosecuting domestic violence cases, eventually elevated to the role of Unit Chief in the Special Prosecutions Division.  Joyce also worked for the U.S. Commission on Civil Rights and as the Executive Director for the Family Justice Center in the Bronx. 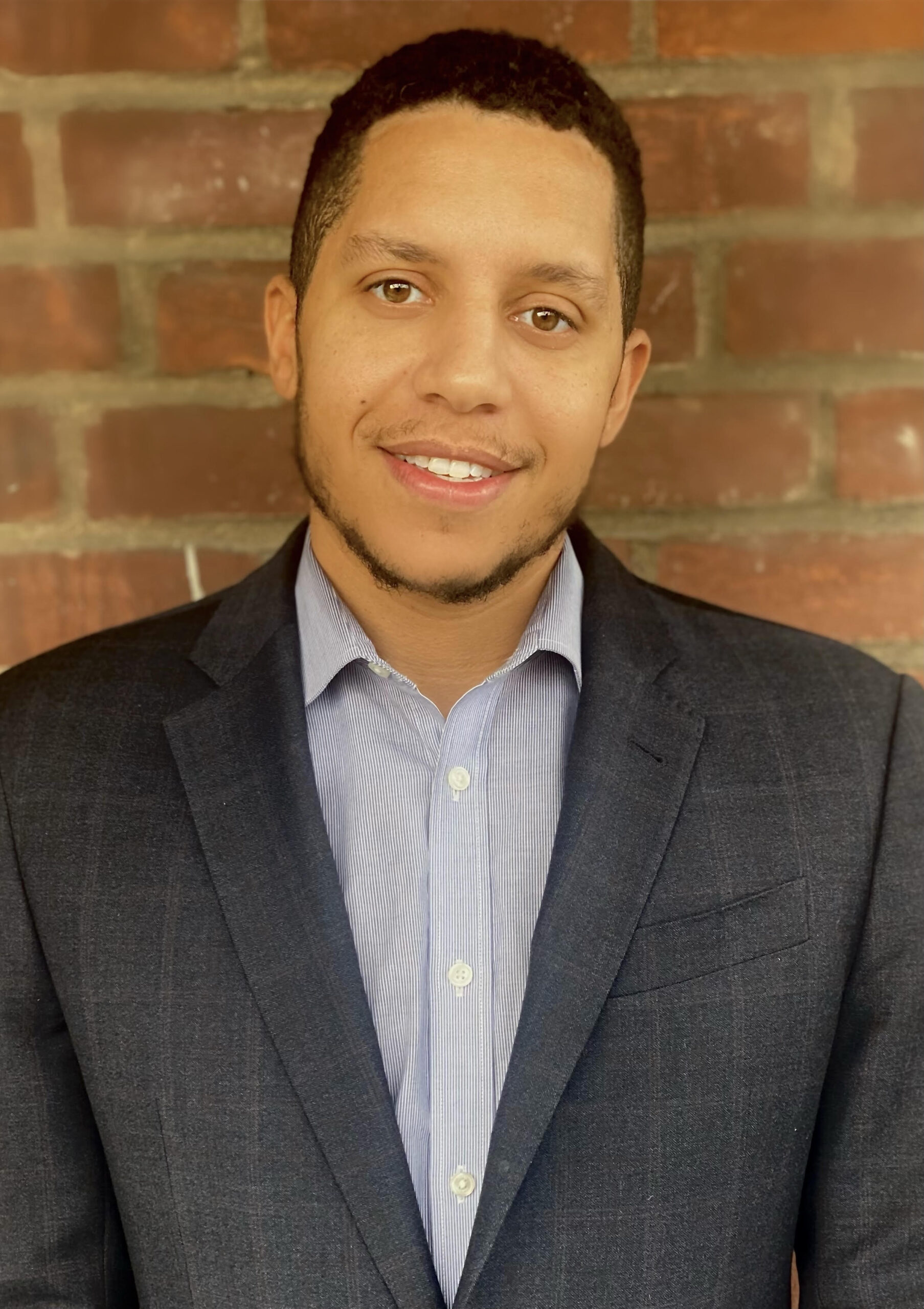 Jordan Stockdale most recently served as the Executive Director of the Young Men’s Initiative (“YMI”). Prior to YMI, Jordan served as Deputy Executive Director of the Close Rikers Initiative at the NYC Mayor’s Office of Criminal Justice (“MOCJ”). At MOCJ, Jordan also managed the implementation of Raise the Age. Before working at the Mayor’s Office, Jordan was a special education teacher in Harlem. 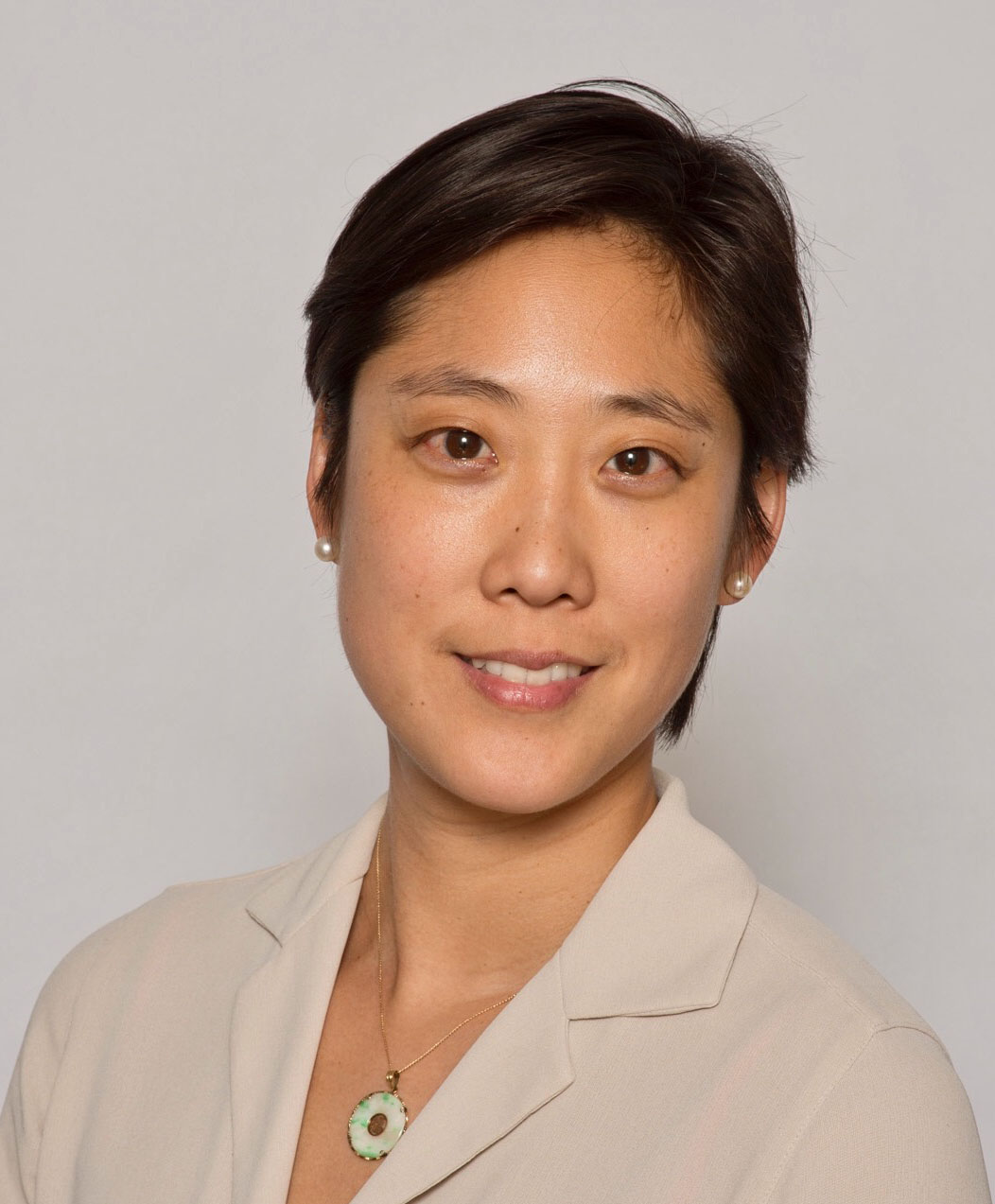 Chanterelle started her career as an Assistant D.A. at the Manhattan D.A.’s Office. Chanterelle thereafter served as an Inspector General for the New York City Department of Investigation, the Director of Monitoring and Compliance for the New York State Governor’s Office of Storm Recovery, and most recently as a compliance officer at a pharmaceuticals company. 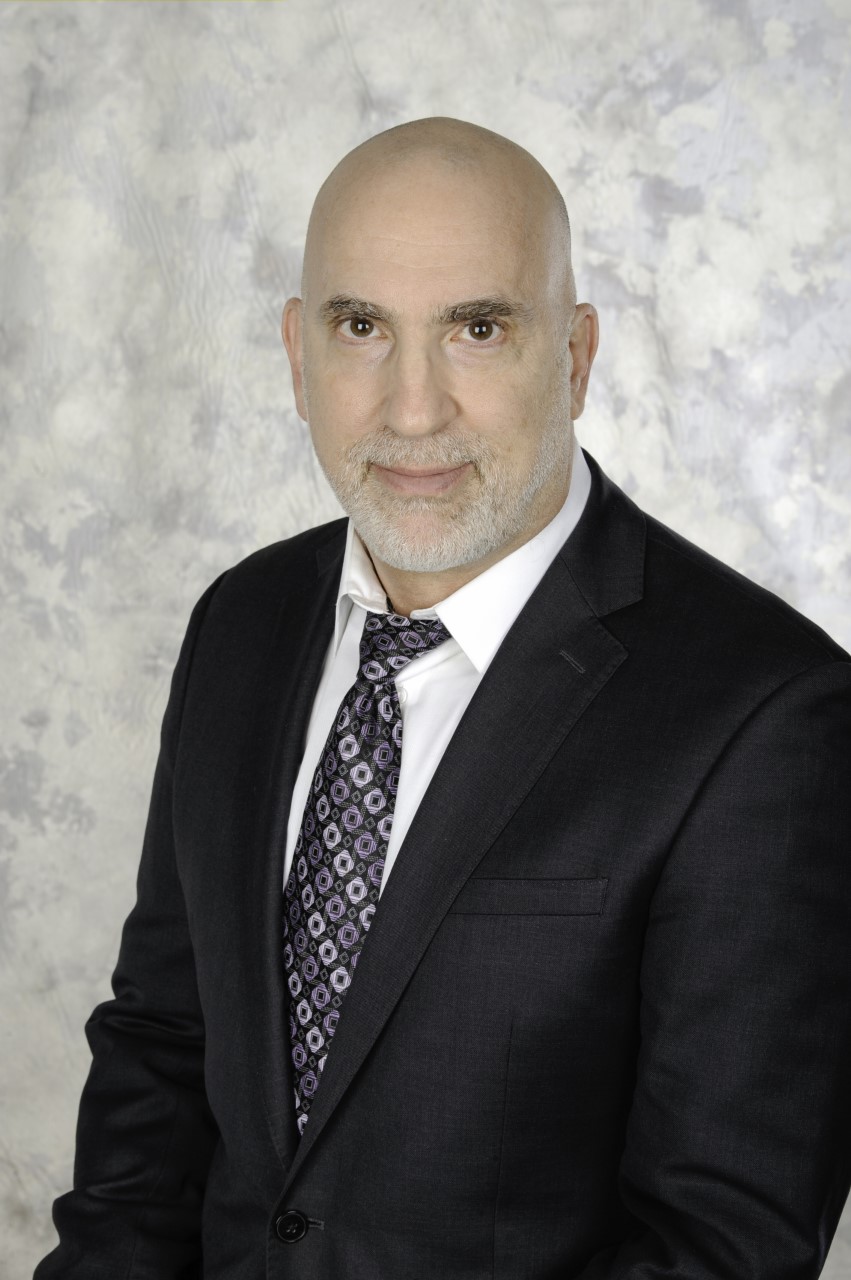 Nicholas Viorst, Chief of the Police Integrity and Accountability Unit

Nick returned to DANY in 2021 to lead the office’s police accountability work. Nick had a prior stint at DANY as a line ADA – and after 2012, a homicide ADA – in Trial Bureau 70. In the interim, Nick was at the New York State Attorney General’s Office as a Deputy Chief of the Special Investigations and Prosecutions Unit (SIPU) – which investigated and, where appropriate, prosecuted cases in which a law enforcement officer caused the death of an unarmed civilian. The Police Integrity and Accountability Unit will report directly to DA Bragg. 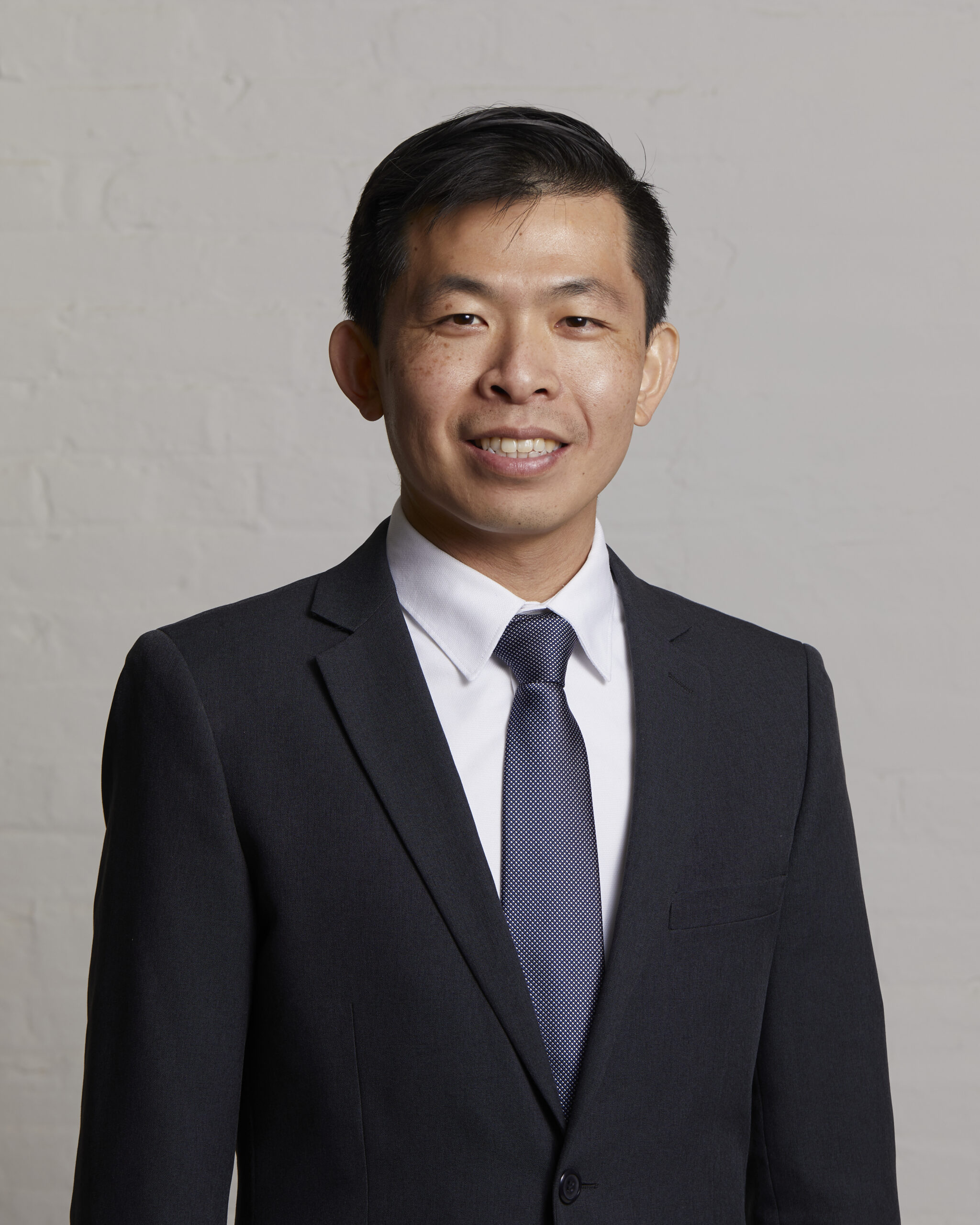 Steven served as Deputy Solicitor General at the New York Attorney General’s Office. He joined the NYAG in 2008 and previously served as an Assistant Solicitor General and as Special Counsel to the Solicitor General. Before joining the NYAG, he was an associate at a law firm and a law clerk to the Hon. Diana Gribbon Motz on the U.S. Court of Appeals for the Fourth Circuit.