Associates Of “Own Every Dollar” Criminal Enterprise Charged

Man gets 8 years for Lower East Side laundromat stabbing

A man who stabbed an employee in a Lower East Side laundromat last year was sentenced to jail time, prosecutors announced Thursday.

The Manhattan district attorney’s office on Thursday sought the dismissal of 188 misdemeanor convictions, going as far back as 2001, that were tied to the work of eight New York Police Department officers, sergeants and detectives who have since been discredited.

Attacking a Black Prosecutor in NYC Was a Failed GOP Strategy, according to Alvin Bragg

Local prosecutors tend not to be the targets of attack ads from gubernatorial candidates, especially Republicans running as a tough-on-crime friends of law enforcement. But that’s exactly what Lee Zeldin, the GOP nominee for New York governor, did by coming for Manhattan district attorney in the closing weeks of Zeldin’s campaign to become New York State’s top elected official.

On the Record with Manhattan DA Alvin Bragg: Bail reform focuses on facts, not politics

Manhattan District Attorney Alvin Bragg has been criticized by politicians from both sides of the aisle on bail reform, but Bragg defends his position on the hot-button policy.

Shootings and murders in Manhattan have decreased compared to last year, recent NYPD crime data shows. Manhattan District Attorney Alvin Bragg told Errol Louis on “Inside City Hall” Thursday that his office has had a “focused, laser-like approach” to tackling crime in the borough and bringing charges against the worst offenders. 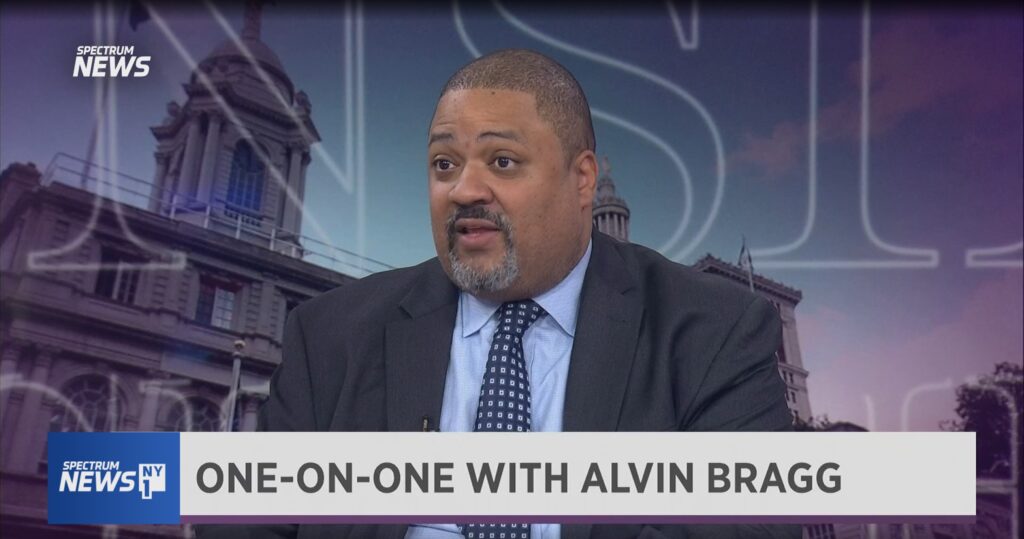 Alvin Bragg @ManhattanDA
2 days ago
Starting TODAY adult survivors of sexual abuse have a new opportunity to seek justice. Survivors can file civil suits against abusers even if the statute of limitation has expired in a 1-year lookback window under the new Adult Survivors Act.
View on Twitter
24
65

Manhattan District Attorney's Office1 week ago
We brought together AAPI community leaders this morning to talk about our work combatting hate crimes, immigration fraud, and more. Thanks to Councilmember Chris Marte and Assemblymember-elect Grace Lee for joining, and the Chinese Consolidated Benevolent Association for hosting!