This is the second indictment of a gun trafficker brought by D.A. Bragg this week. GAILLARD was arrested one day after Tyreke Colon was indicted for selling 36 guns from North Carolina to an undercover officer in Harlem over several months.

“This is our second case this week against a gun trafficker from North Carolina, which once again puts a direct spotlight on how the iron pipeline is undermining public safety in New York City,” said District Attorney Bragg. “These consecutive indictments of traffickers make clear that our office will vigorously pursue gun cases and other forms of dangerous violent crime in our city. I thank our law enforcement partners and I am very grateful for the bravery of the undercover officers who partnered with us on this case and stopped these guns from hitting our streets.”

“On Tuesday, our NYPD detectives and prosecutors in Manhattan outlined the criminal case against an alleged gun trafficker we interdicted funneling firearms into New York City from North Carolina. A day later, we’re announcing another indictment against another trafficker accused of illegally running guns along the same Iron Pipeline,” said Police Commissioner Keechant L. Sewell. “We will never stop focusing every resource toward eradicating guns and the violence they cause and I commend our NYPD investigators and the Manhattan District Attorney’s Office for bringing these two important cases as part of our tireless work together to protect those we serve.” 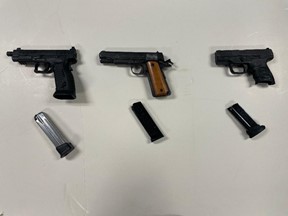 Once in possession of the weapons, GAILLARD allegedly texted photos of the firearms to the undercover agent and then negotiated a price and date for the sale. Calls intercepted on the wiretap revealed that GAILLARD would often sell firearms for up to twice the price he paid to acquire them.

GAILLARD drove the weapons up from North Carolina to the sale point. After completing the sale, he would almost immediately return to North Carolina. 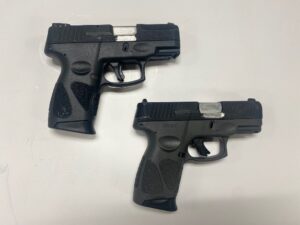