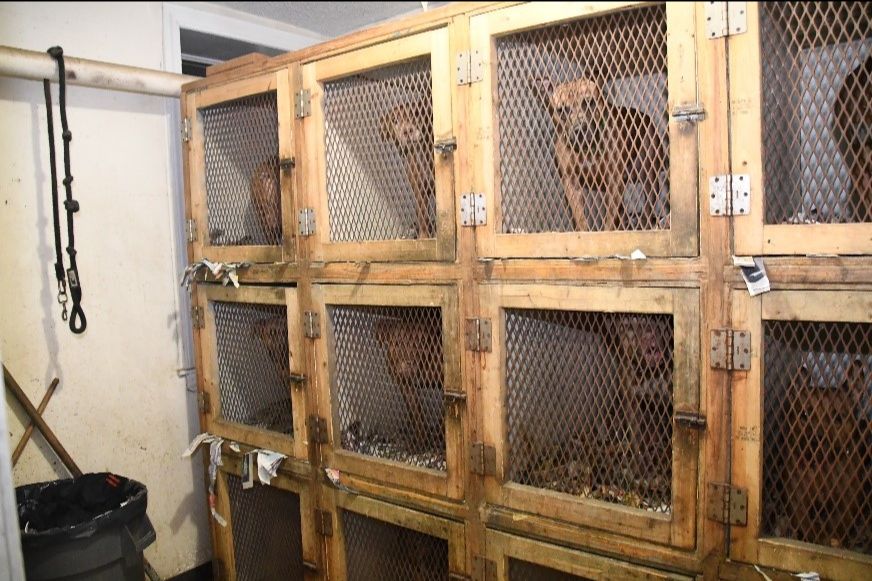 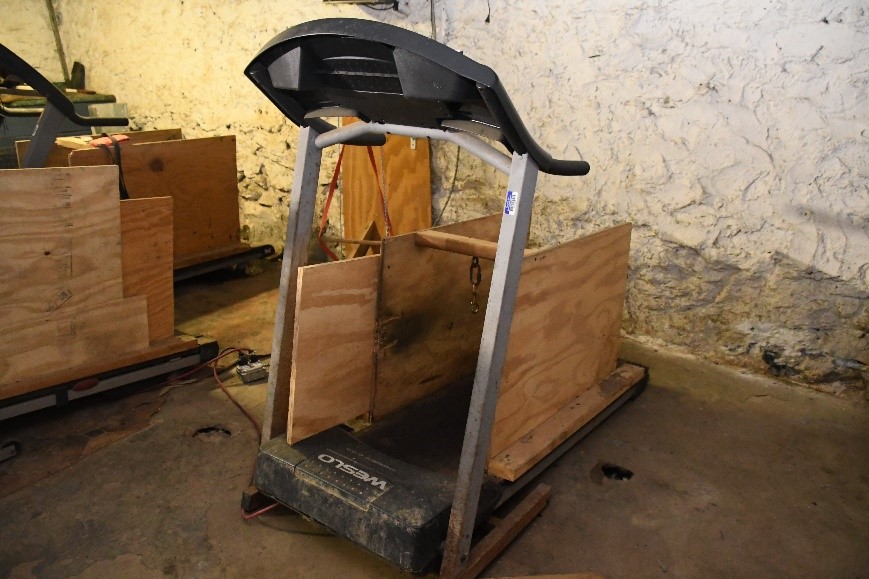 Manhattan District Attorney Cyrus R. Vance, Jr., and New York City Police Commissioner Dermot Shea today announced the indictment of four men for operating a dogfighting ring and abusing dozens of dogs between September 2018 and October 2019. The defendants’ conduct was uncovered during a long-term, ongoing investigation of an identity theft operation, and in October 2019, search warrants executed at the defendants’ homes led to the seizure of 29 dogs, as well as multiple dog treadmills, “breaking sticks” designed to pry open a dog’s jaws, weighted vests and collars, and more. The ASPCA assisted in the seizure and ongoing treatment of the abused dogs.

Defendants JOSE RIVERA, a/k/a “Gator,” 55; EVANS FUENTES, a/k/a “Hustle,” a/k/a “Flacco,” 39; BENITO GITTENS, 46; and EDWARD JOHNSON, a/k/a “Big Myke,” a/k/a “Myke,” 37; are charged in a New York State Supreme Court indictment with Conspiracy in the Fifth Degree, as well as various counts of Prohibition of Animal Fighting, and Failure to Provide Proper Food and Drink to Impounded Animals. RIVERA is additionally charged with Operating as a Major Trafficker and other drug charges for possessing four kilograms of heroin and three kilograms of fentanyl, as well as weapons charges for possessing two loaded firearms, all of which were seized at his Washington Heights apartment.[1]

“Animal cruelty has no place in 21st-century New York, and will be met with the full force of our laws,” said District Attorney Vance. “Thanks to my Office’s Cybercrime and Identity Theft Bureau, an ongoing investigation into identity theft not only uncovered this brutal dogfighting ring, but a heroin and fentanyl operation. I am thankful to our partners in the NYPD who helped us put a stop to this horrific animal abuse, as well as to the ASPCA for removing the dogs from these despicable conditions and doing everything in their power to care for them.”

Commissioner Shea said: “This indictment represents tremendous work by our NYPD investigators and partners in the ASPCA and the Manhattan District Attorney’s office. What began as an identity theft investigation led to arrests, the seizure of narcotics and firearms and the rescue of 29 dogs suffering abuse.”

ASPCA President & CEO Matt Bershadker said: “The horrors of dogfighting and its tragic consequences for vulnerable dogs are more brutal than most can imagine, and this case is a sobering reminder that it persists and can happen anywhere. I thank our partners in the NYPD and the Manhattan District Attorney’s Office for their commitment to ending this insidious activity and holding animal abusers accountable. With law enforcement, prosecutors, forensic veterinarians, and the general public galvanized on behalf of dogfighting victims, not only can we halt animal fighting where it happens, but ultimately see it rejected in all corners of our culture.”

According to court documents and statements made on the record in court, the Manhattan D.A.’s Cybercrime and Identity Theft Bureau uncovered evidence of the defendants’ dogfighting ring during an ongoing investigation into identity theft that included court-authorized wiretaps. The two dogfights took place in the Bronx, while the training and abuse of the dogs took place in the defendants’ homes in Washington Heights; Central Harlem; Middletown, New York; and Uniondale, New York.

As alleged, FUENTES trained dogs and handled dogs during fights. Investigators seized four pit bulls from his Harlem apartment – including two who were in a closet with the door shut – as well as a treadmill, a weighted dog vest, and collars. JOHNSON coordinated the fights, finding dogs to participate in the fights and locations for the fights to take place. He also established the rates spectators paid to enter the fight locations, and turned over his own dog to FUENTES and RIVERA for training and fighting.

GITTENS, who was employed at a veterinary clinic but not licensed as a veterinary technician in New York State, performed medical treatments on the dogs so they could continue to fight despite their injuries, and euthanized dogs that were too badly injured to recover. Twelve pit bulls were recovered from his Uniondale home, as well as a treadmill and a fighting pit. He is also facing charges in Nassau County for multiple guns recovered during the search.

RIVERA trained dogs in the Washington Heights building where he was employed as a live-in superintendent. Investigators seized ten pit bulls, two non-fighting dogs, multiple treadmills and breaking sticks, and a dead dog found in his freezer. Investigators also discovered four kilograms of heroin and three kilograms of fentanyl in brick, powder, and rock form. Further investigation revealed that RIVERA acted as a large-scale distributor and supplier to other narcotics dealers in the tristate area. Investigators additionally seized two loaded handguns from RIVERA’s bedroom.

D.A. Vance thanked the NYPD, particularly Detectives Dennis Steele and Emilio Gomez, for its ongoing assistance with the case, as well as the ASPCA, particularly Legal Advocacy Counsel Erin Satterthwaite, for its work on behalf of the dogs recovered in the investigation.

[1] The charges contained in the indictment are merely allegations, and the defendants are presumed innocent unless and until proven guilty. All factual recitations are derived from documents filed in court, including the indictments, and statements made on the record in court.

Operating as a Major Trafficker, a class A felony, 1 count

Criminal Possession of a Controlled Substance in the 1st Degree, a class A felony, 3 counts

Criminal Possession of a Controlled Substance in the 5th Degree, a class D felony, 1 count

Criminally Using Drug Paraphernalia in the 2nd Degree, a class A misdemeanor, 1 count

Criminal Possession of a Weapon in the 2nd Degree, a class C felony, 2 counts

Criminal Possession of a Firearm, a class E felony, 2 counts

Prohibition of Animal Fighting, a class an unclassified felony, 4 counts