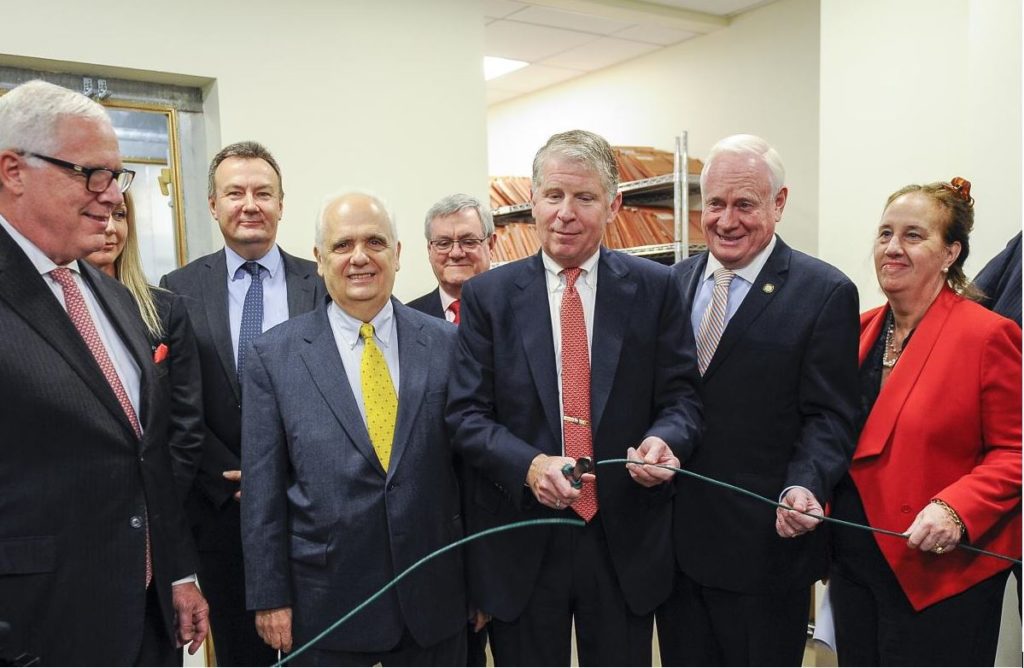 “A state-of-the-art cyber lab is an investment in 21st-century crimefighting and a demonstration of my Office’s capacity to handle complex local, national, and international cybercrime investigations,” said District Attorney Vance. “Nearly every crime against Manhattan residents and institutions involving digital evidence will engage the resources and expertise of this lab. With a dedicated space for our prosecutors, investigators, and analysts to work together on fast-moving investigations, New York City is better equipped than ever to combat the rising tide of cybercrime and identity theft.”

Manhattan Borough President Gale A. Brewer said: “The Manhattan District Attorney’s Office is arguably the most important local prosecutor’s office in the world, and it needs and deserves world-class resources. Congratulations to District Attorney Vance and his team on the opening of these new, cutting-edge facilities. I have no doubt they’ll make a big impact in the fight against crime both in our neighborhoods and in the world’s diplomatic and financial capitals.”

New York City Comptroller Scott M. Stringer said: “As crime gets more technologically sophisticated, so too must our crime-fighting tools. I want to congratulate District Attorney Vance on this new lab, which will help to guard our City against identity theft and other cyber-crimes, while also modernizing law enforcement’s capacity to find and capture people who would do us harm. It’s a major step forward in protecting New Yorkers.”

New York State Assembly Member Joseph R. Lentol said: “In the world we live in, technology is quickly becoming engrained in every facet of our lives. Crime involving technology has naturally increased exponentially. District Attorney Vance and the New York City Council have realized the importance of fighting cybercrime through their investment in the cyber lab. New York has always been on the cutting edge of technological advancement and this lab speaks to our commitment in preventing cybercrime and identity theft.”

The cyber lab itself, which measures approximately 2,200 square feet, features a specially constructed radio frequency shielded room, a machine designed to handle electronic devices that contain biohazardous matter, and workstations for analysts tasked with performing forensic analysis of digital media and devices, including cell phones, smartphones, computers, and other electronic storage devices. The lab allows prosecutors, analysts, investigators, and digital forensic specialists to co-locate within a single facility, increase efficiency, and handle a higher volume of data and devices in the course of fast-moving and cross-border investigations.

The Office’s Cybercrime and Identity Theft Unit currently performs and assists in more than 650 investigations annually, and has processed more than 375 terabytes of data over the past two years.

The Manhattan District Attorney’s Office is committed not only to investigating and prosecuting cybercrime, but preventing it as well. Last September, District Attorney Vance, together with the City of London Police and the Center for Internet Security, announced the creation of the Global Cyber Alliance (“GCA”), a non-profit, multi-sector coalition of organizations focused on addressing cyber vulnerability through the exchange of threat data and the development of open-source solutions to mitigate cyber risk. To date, GCA has more than 120 global partners, representing 18 different countries, and 21 areas of industry, government, and law enforcement. More information is available at www.globalcyberalliance.org/.