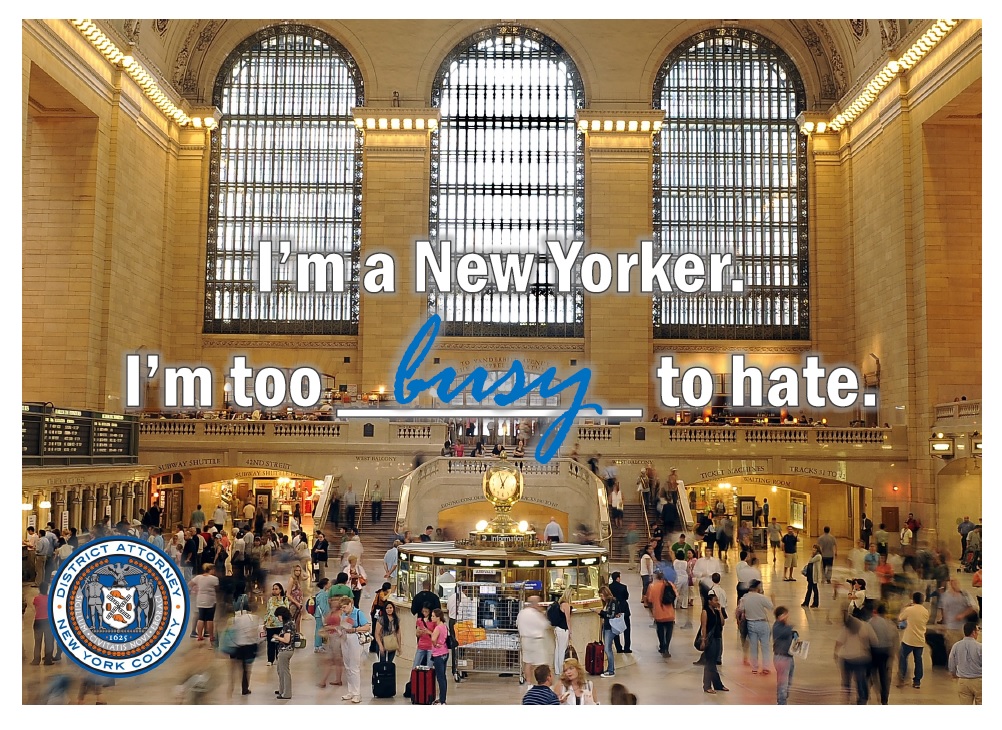 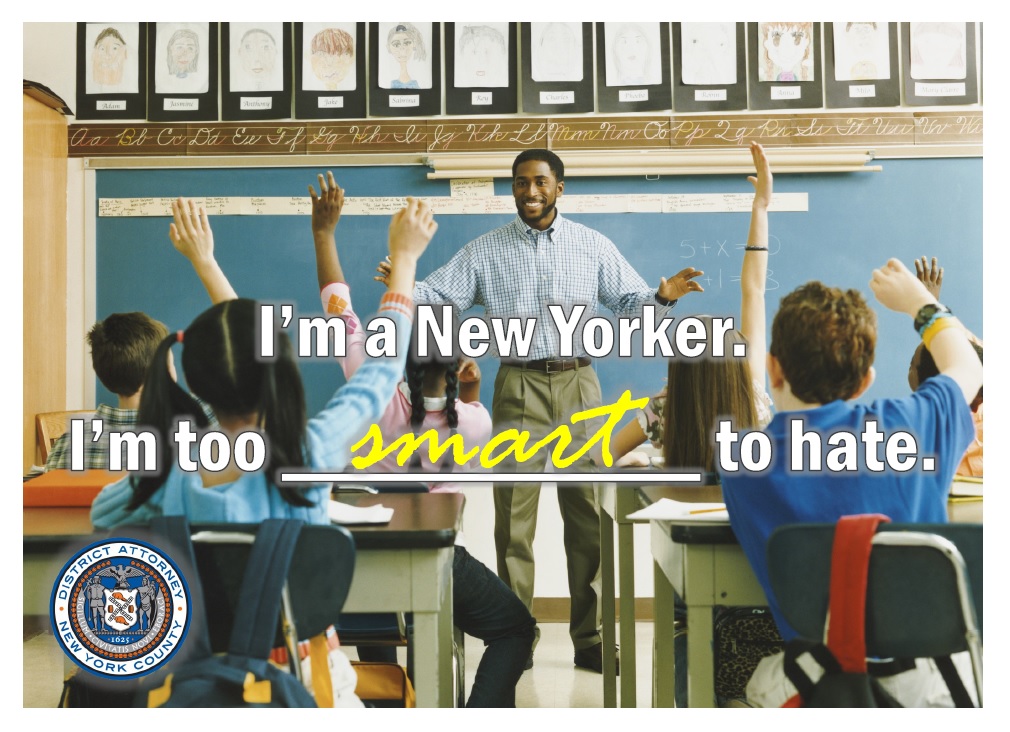 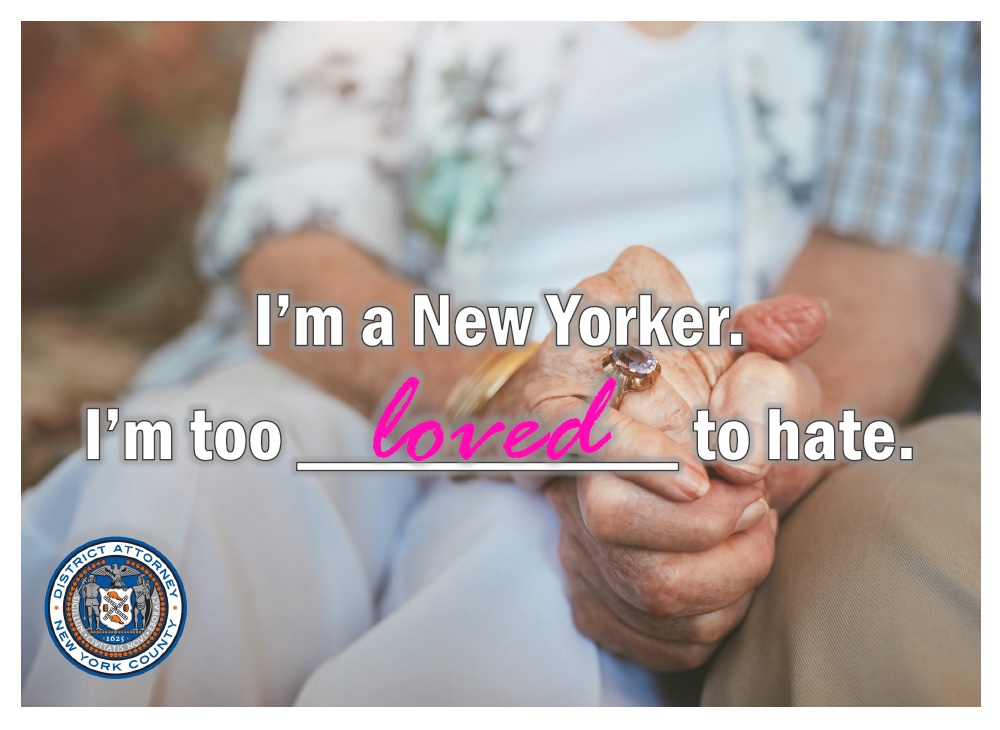 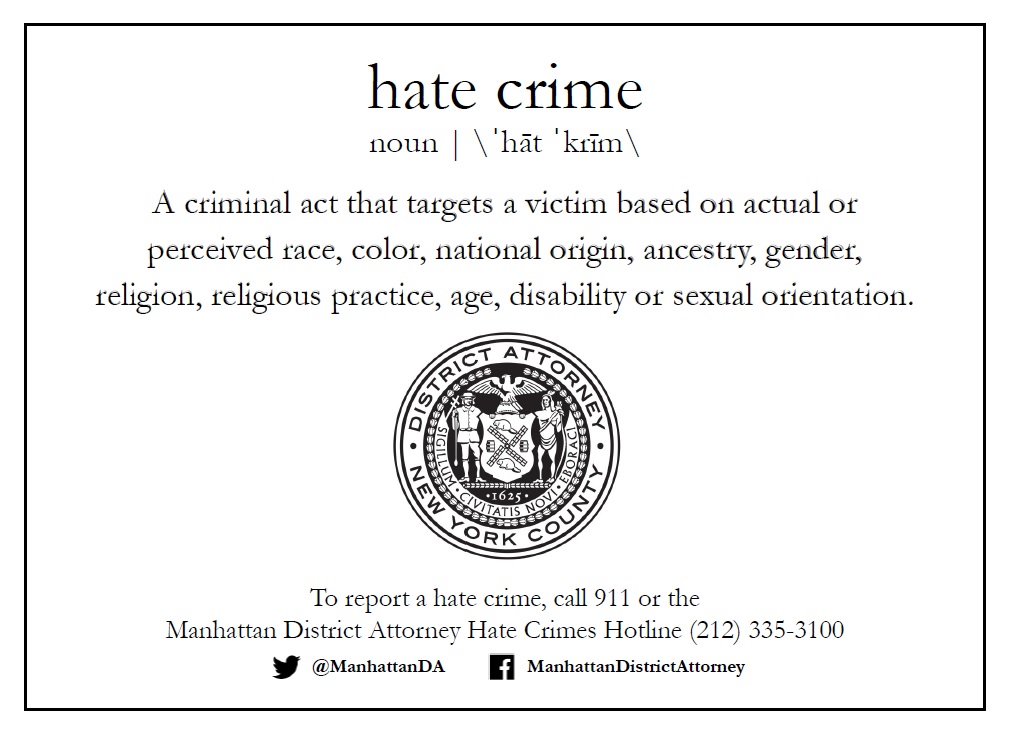 “Now, more than ever, it is critically important that we, as prosecutors and as New Yorkers, respond forcefully to crimes fueled by hatred and prejudice,” said District Attorney Vance. “When a bias incident is not reported to law enforcement, we signal to hateful actors that bias and hate are acceptable in our communities.”

“The ‘Too New York to Hate’ campaign reaffirms our Office’s commitment to protecting all New Yorkers, regardless of who they are, whom they love, how they worship, or how they came to be New Yorkers. If you have been the victim of or witness to a potential hate crime, I urge you to report the incident to my Office’s Hate Crimes Unit at (212) 335-3100, regardless of your immigration status.”

The awareness campaign, which features palm cards and shareable social media images containing contact information for the Office’s Hate Crimes hotline, as well as messaging to promote positivity and inclusiveness across the city, comes amid increased reports of hate and bias crimes. Between November 1, 2016 and December 6, 2016, 22 incidents were referred to the District Attorney’s Office’s Hate Crimes Unit as potential hate crimes, compared with 12 incidents between November 1, 2015 and December 6, 2015. In all of 2016, more than 100 incidents were reported to the Office’s Hate Crimes Unit.

District Attorney Vance established the Office’s Hate Crimes Unit in 2010. Since then, the Unit has led its own investigations into potential hate crimes in coordination with NYPD and the Hate Crimes Task Force. The Unit also led the successful prosecution of several hate crimes cases, including the first-ever anti-gay murder conviction under New York’s hate crime statute.

District Attorney Vance thanked Jeanne Olivo, Chief of the Hate Crimes Unit; Katie Doran, Special Advisor to the District Attorney on Lesbian, Gay, Bisexual, and Transgender Issues; Estelle Strykers-Santiago, Director of the Community Partnerships Unit; and Edgar Yu of the Community Partnerships Unit for organizing the campaign on behalf of the Office.