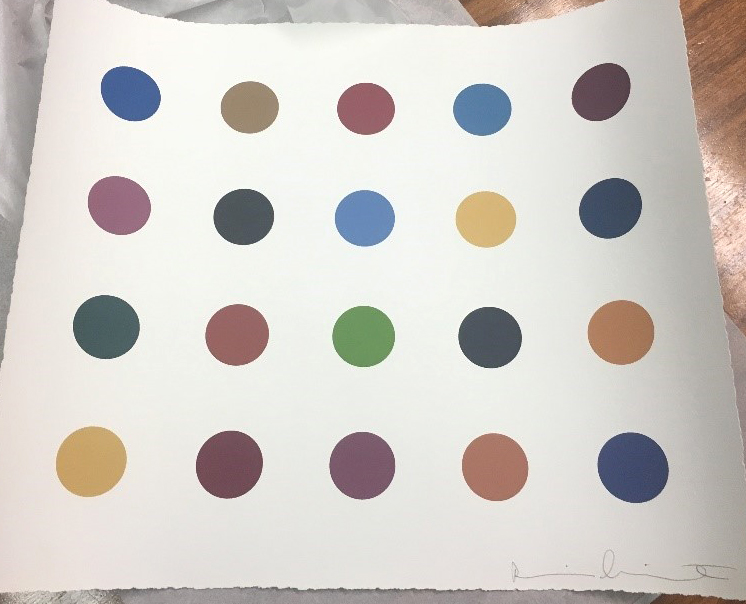 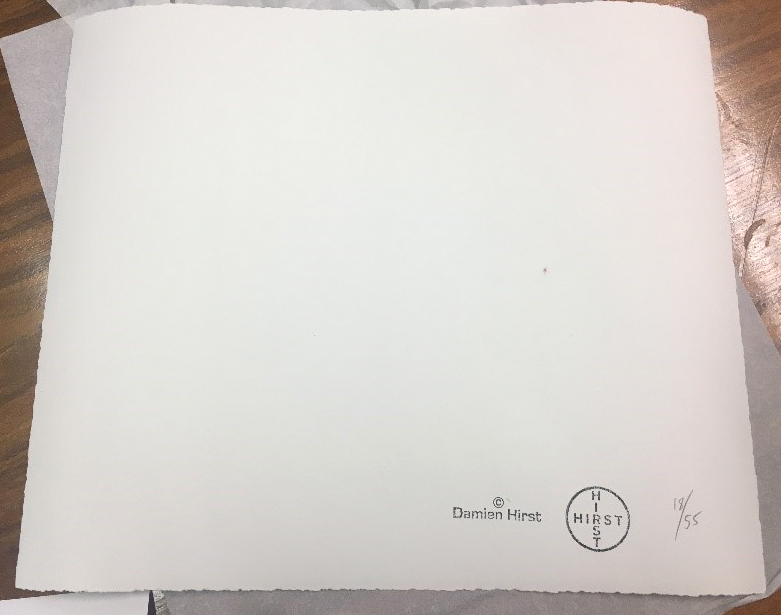 Manhattan District Attorney Cyrus R. Vance, Jr., today announced the indictment of VINCENT LOPRETO, 52, MARCO SAVERINO, 34, and PAUL MOTTA, 50, for stealing approximately $400,000 from dozens of art buyers through an international scheme involving the sale of counterfeit art. The defendants are charged in a New York State Supreme Court indictment with Grand Larceny in the Third and Fourth Degrees and Scheme to Defraud in the First Degree, among other charges.[1]

“Vincent Lopreto is charged with resuming the same scheme to knock off Damien Hirst artworks that sent him to prison just 15 days after being released,” said District Attorney Vance. “The art market’s demand for limited editions can lead to fake pieces with little value. In this case, the alleged fraud went beyond plain imitation, and the defendants are charged with deceiving a multitude of buyers into purchasing counterfeit art that was falsely passed off as genuine. There is no substitute for due diligence—to avoid becoming a victim of fraud, I encourage prospective buyers to confirm an item’s authenticity with the artist, advertiser, or an academic expert prior to making a significant investment.”

According to the indictment and documents filed in court, between October 2015 and February 2017, the defendants stole hundreds of thousands of dollars from the victims of an international art fraud scheme involving the sale of counterfeit pieces of contemporary art. As part of the scheme, LOPRETO used a stamp, printer, and other tools, which were later recovered after a search warrant was executed at the defendant’s apartment in New Orleans, to create fake prints in the distinctive style of Damien Hirst, a well-known English artist. Working with SAVERINO—and later, MOTTA, as well—the defendants advertised the fraudulent prints online as authentic, limited edition prints signed by the artist and valued at thousands of dollars. The defendants also used fake documentation, including fraudulent certificates of authenticity and purchase receipts, to deceive their victims into believing that the pieces were genuine originals.

In total, the defendants stole approximately $400,000 from dozens of buyers around the world, including victims in the U.S., U.K., Germany, Italy, Macedonia, South Africa, Canada, Taiwan, and South Korea. Four fraudulent sales were made to Manhattan residents and two more sales were made to an undercover investigator posing as a buyer.

LOPRETO previously pleaded guilty to Identity Theft in the First Degree and Scheme to Defraud in the First Degree in January 2014 for selling forged pieces of art, which were similarly advertised online as original Damien Hirst prints. In May 2014, the defendant was sentenced to 2-to-4 years in state prison.

[1] The charges contained in the indictment are merely allegations, and the defendants are presumed innocent unless and until proven guilty. All factual recitations are derived from documents filed in court and statements made on the record in court.