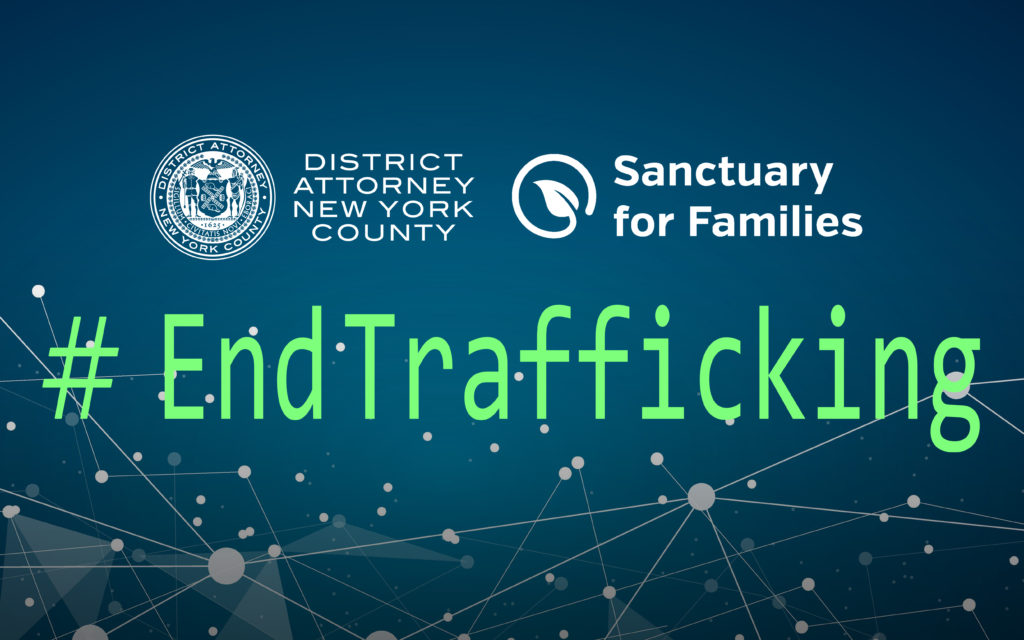 “We will never make strides in the fight against human trafficking by prosecuting traffickers one-by-one – we must address the websites that fuel this illicit economy with reckless disregard for victims,” said District Attorney Vance. “In case after case, we successfully prosecute traffickers, but we cannot pursue the websites that profited from the ads placed by these vile operations. FOSTA-SESTA would finally enable action against what are essentially online, open-air bazaars. I am proud to stand alongside these powerful advocates and lend my voice to this cause. We urge the Senate to bring this critical piece of legislation to the floor. The survivors of these brutal crimes deserve nothing less.”

Mary Mazzio, Director and Producer of “I Am Jane Doe,” said: “The passage of this legislation cannot come soon enough. We are so appreciative to Senators Rob Portman, Richard Blumenthal, Claire McCaskill, John McCain, Heidi Heitkamp and Representatives Ann Wagner, Mimi Walters, and Kevin McCarthy for hearing the voices of those Jane Doe children and the thousands of survivors who have lined up, shoulder to shoulder, demanding justice. FOSTA-SESTA is now supported by a broad coalition of stakeholders, including advocates, survivors, NGOs, the Internet Association, Fortune 50 companies and law enforcement. The #IamJaneDoe community hopes Senator McConnell will bring the legislation, which passed the House overwhelmingly, to the Senate floor. Every day of delay is another day where children and victims can be hosted for sale online with no consequence.”

Hon. Judy Harris Kluger, Executive Director of Sanctuary for Families said, “Sex trafficking is a brutal form of gender violence and one that targets the most vulnerable people in our communities:  young women and girls of color, immigrant women and girls, transgender women and girls, homeless youth, children in foster care.  Online websites that knowingly market women and children for sexual exploitation and abuse must be held accountable and FOSTA-SESTA would accomplish that urgent goal.  The House of Representatives has passed the measure and, now, it is up to our Senators to do their jobs. Sanctuary for Families applauds DA Vance for his strong commitment to fighting cybersex abuse. And we are proud to stand with him and extraordinary women like Mary Mazzio, Melanie Thompson, and Monique Villa as we call on the U.S. Senate to take immediate action on this life and death issue.”

Melanie Robinson, survivor and advocate, said at the press conference: “Every day, women and girls are trafficked and sexually exploited for someone else’s benefit, raped repeatedly, sold, beaten, sold, and emotionally abused. I was one of those girls, forced to live a life that was not my own. . . . The internet serves as the platform for the exploitation of the most vulnerable women and girls, without their consent and beyond their control. In our legislative efforts, we need to prioritize the most vulnerable victims of human trafficking.”

Monique Villa, CEO of the Thomson Reuters Foundation, said: “Human trafficking is one of the world’s fastest growing crimes because it profits from the vulnerability of people, and from the fact that traffickers act in almost total impunity. Children and adults are sold online, and the technology companies have become the de-facto facilitators of the crime. It is hardly time that survivors of trafficking have the capacity to sue and seek compensation, which this law will facilitate. In 2018, no society should turn a blind eye towards any loophole that allows criminal gangs to sell and enslave people.”

Yves Charpenel, President of the Scelles Foundation, said at the press conference: “Don’t forget, online sex trafficking is a crime. It’s trafficking, and its victims are women and the most vulnerable. It’s impossible for a prosecutor, of course, but for any citizen in any country to let that crime go unpunished.”

Michael Cardozo, former New York City Corporation Counsel, said at the press conference: “I want to add my voice to urge the Senate to pass this clearly vital legislation. . . . The private sector – be it companies, law firms – also need to get aggressively behind the effort to stamp out human trafficking.”

Currently, the Communications Decency Act (“CDA”) protects websites from liability for content posted by third parties. FOSTA-SESTA, passed by the U.S. House of Representatives last month, FOSTA-SESTA would amend the CDA to carve out an exception for trafficking. The bill specifies that the CDA cannot be used to impair the enforcement of – or limit civil remedies or victim restitution under – both criminal and civil state and federal laws relating to sex trafficking. The bill also specifies that an internet service provider that publishes content with reckless disregard that the content is in furtherance of sex trafficking is subject to a criminal fine or imprisonment.