Manhattan District Attorney Cyrus R. Vance, Jr., today testified before the U.S. House of Representatives Judiciary Committee, and voiced his concern over how Apple and Google’s decision to implement default device encryption has upended the balance between privacy and public safety. 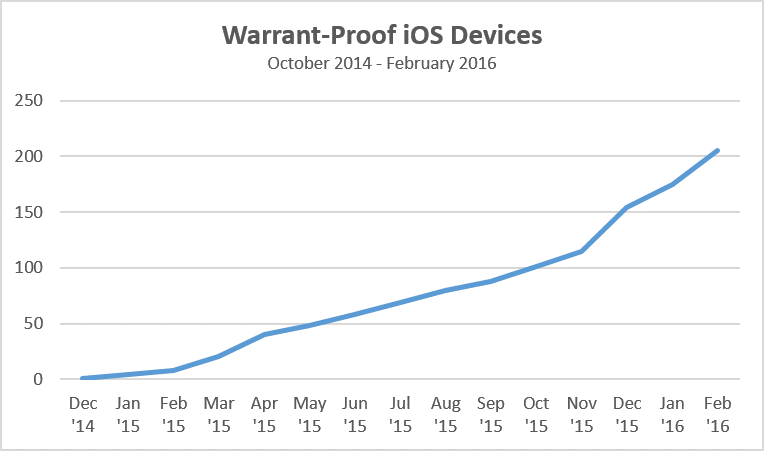 Testifying on behalf of the National District Attorneys’ Association, District Attorney Vance stated: “Smartphone encryption has real-life consequences for public safety, for crime victims and their families, and for your constituents and mine. In the absence of a uniform policy, our nation will effectively delegate the crafting of national security and law enforcement policy to boardrooms in Silicon Valley. That is, important responsibilities of our government will be carried out by Apple, Google, and other technology companies, who will advance the best interests of their shareholders, not necessarily the best interests of our nation. . . . The line between personal privacy and public safety should be drawn by Congress, not Silicon Valley.”

The testimony can be read in full here.

After Apple and Google announced the switch to default device encryption in September 2014, the Manhattan District Attorney’s Office’s in-house Cyber Lab began tracking the number of locked Apple devices that came into its facility pursuant to judicial search warrants. These devices, running on iOS 8 or higher, cannot be unlocked by Apple, and therefore prosecutors cannot retrieve evidence believed to be critical stored on the devices.

At the time the Manhattan District Attorney’s Office released its Report on Smartphone Encryption and Public Safey in November, investigators were locked out of 111 Apple devices. At present, there are now 205 Apple devices that remain inaccessible to Manhattan prosecutors, out of a total 734 Apple devices received by the Cyber Lab between October 2014 and February 2016. That means that more than one in four lawfully seized Apple devices are now beyond the reach of judicial warrants. With 94 percent of all Apple devices running iOS 8 or higher, the number of affected cases is projected to rise dramatically.

The 205 Apple devices represent investigations into the attempted murder of three individuals, the sexual abuse of a child, sex trafficking, child pornography, assault, robbery, identity theft, and all manner of other crimes. Jurisdictions around the country who have encountered the same problem are beginning to determine the number of affected cases as well. For example, last year in Texas, Harris County District Attorney Devon Anderson’s Office encountered more than 100 encrypted Apple devices from a variety of cases, including human trafficking, violent street crimes, and sexual assaults. Similarly, in just the past two months in the Chicago area, Cook County State Attorney Anita Alvarez’s Cyber Lab has received 30 encrypted devices. The Connecticut Division of Scientific Services has encountered 46 encrypted Apple devices across a variety of criminal cases, including several matters involving child pornography.

Prosecutors are not the only members of state and local law enforcement agencies speaking out against default device encryption. Last month, District Attorney Vance and NYPD Commissioner William J. Bratton discussed the federal magistrate’s order in the San Bernardino terror investigation. Commissioner Bratton said at the time: “We should understand as we talk about the Constitution that it guarantees no absolute right to privacy. It guards against unreasonable search and seizure. But how is what we are talking about at all unreasonable?” 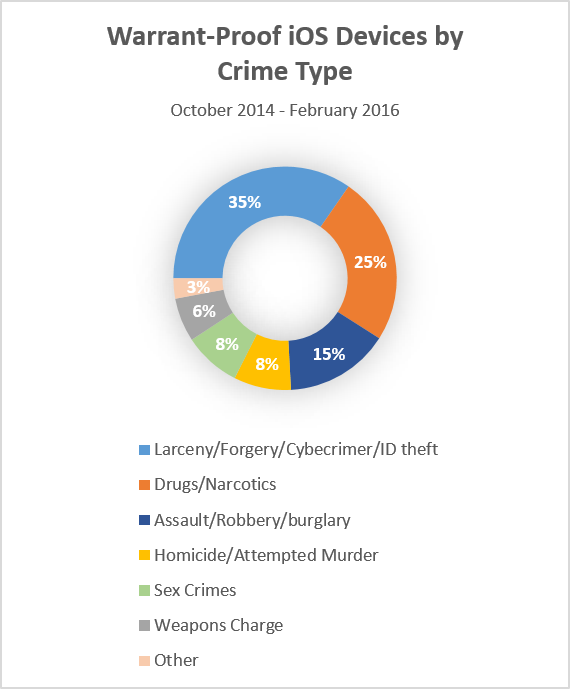 There is also growing awareness among victims’ advocates of the impact of default device encryption on the ability to hold perpetrators of crime accountable. Yesterday, in an op-ed in the New York Daily News, Safe Horizon, the nation’s leading victim’s assistance organization, wrote: “Today, one in five girls and one in 20 boys are victims of child sexual abuse. We shouldn’t give their abusers the ability to dispose of evidence with impunity.”