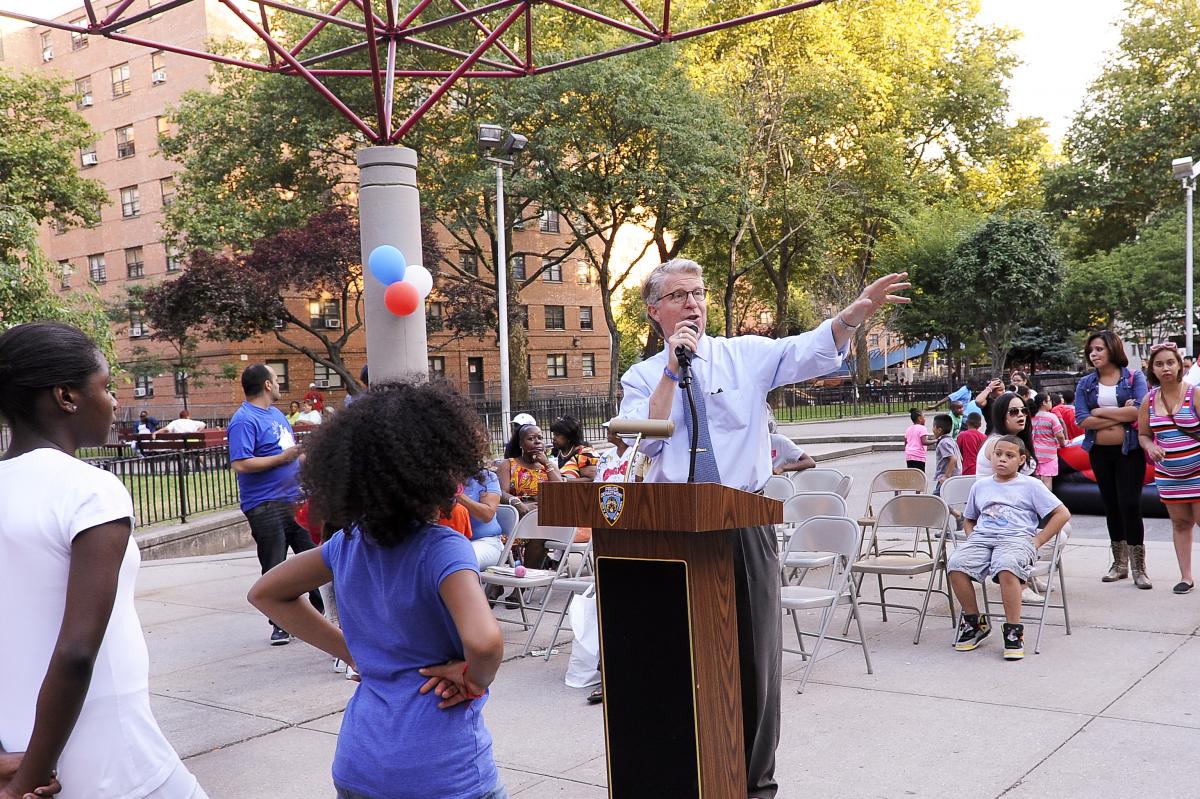 On August 6, 2013, Manhattan District Attorney Cyrus R. Vance, Jr., celebrated the 30th anniversary of the “National Night Out Against Crime” in New York City alongside more than 40 members of the District Attorney’s Office. District Attorney Vance visited eight police precincts and PSA’s around Manhattan, and members of the DA’s Community Affairs Unit and Crime Strategies Unit, as well as Assistant District Attorneys from the Trial and Investigative Divisions, volunteered at other sites throughout the borough.
National Night Out (NNO) is a yearly crime-prevention event designed to strengthen relationships between law enforcement and the neighborhoods they protect, and highlight local, community-based initiatives to combat crime. It is estimated that more than 36 million people around the country participate in the event annually.
“National Night Out is an opportunity to celebrate the progress we’ve made in making New York a safer city,” said District Attorney Vance. “Overall, crime is down 33 percent citywide since 2001. Here in Manhattan, murders are down 46 percent this year compared to last, and shootings are down 38 percent. The prosecutors in my Office and our partners in the NYPD work tirelessly to dismantle gangs and stop the flow of guns and drugs into our city, but none of this would be possible without the involvement of residents and communities.”
District Attorney Vance and members of the DA’s Office visited eight different NNO sites: the 9th Precinct, on East 5th Street; the 13th Precinct, on East 20th Street; the 7th Precinct, on Pitt Street; the 17th Precinct and Midtown South, at Dag Hammarskjold Plaza Park on East 47th Street; PSA 5, at the Jefferson Houses on East 113th Street; PSA 6, at the Grant Houses on West 123rd Street; the 26th Precinct, at West 125th; and the 24th Precinct, on West 98th Street. 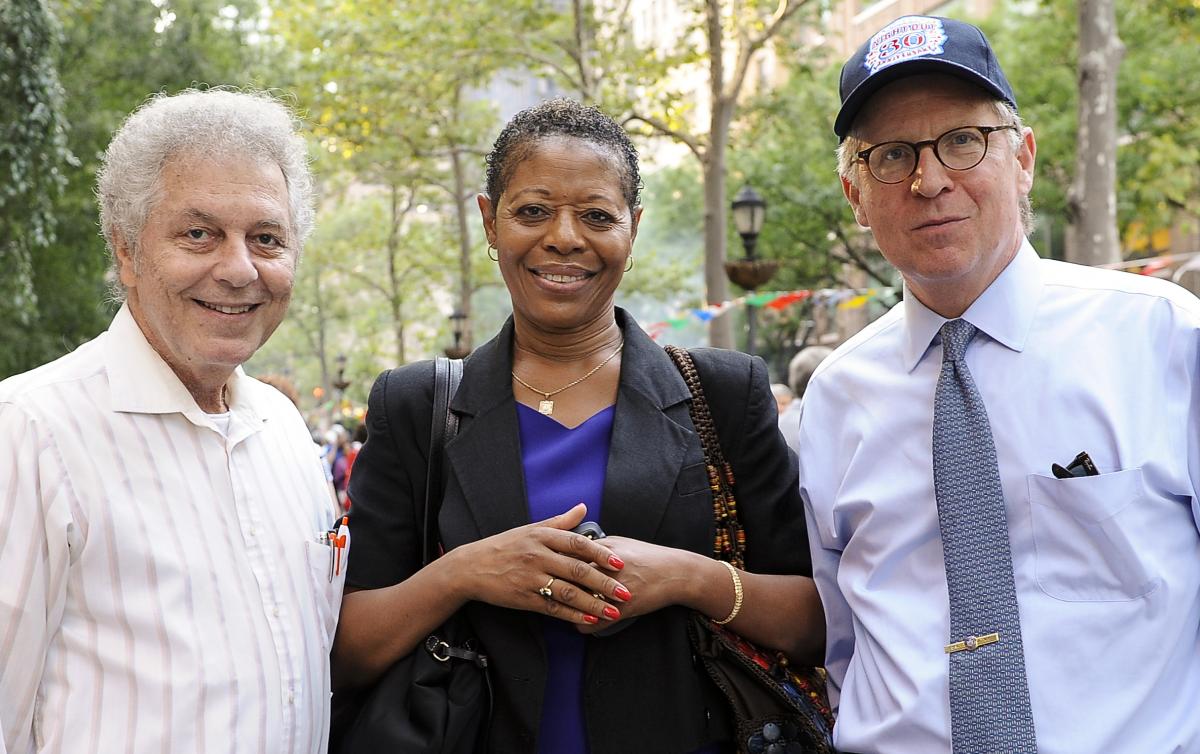 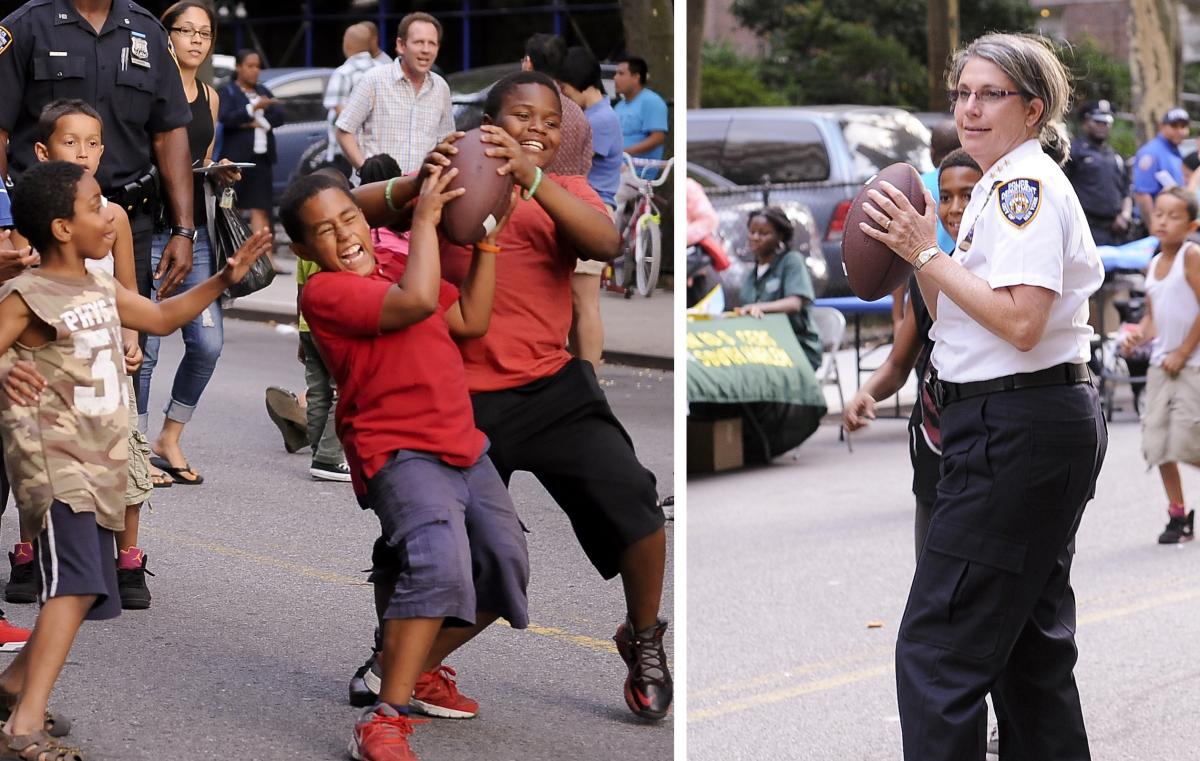 Many NNO sites featured refreshments and entertainment. Deejays, a capella groups, a spoken-word poet, dancers, and other talented artists and musicians performed at locations around the borough. Games, face-painting, bounce houses, carnival rides, and horse rides were also available for children at many sites. 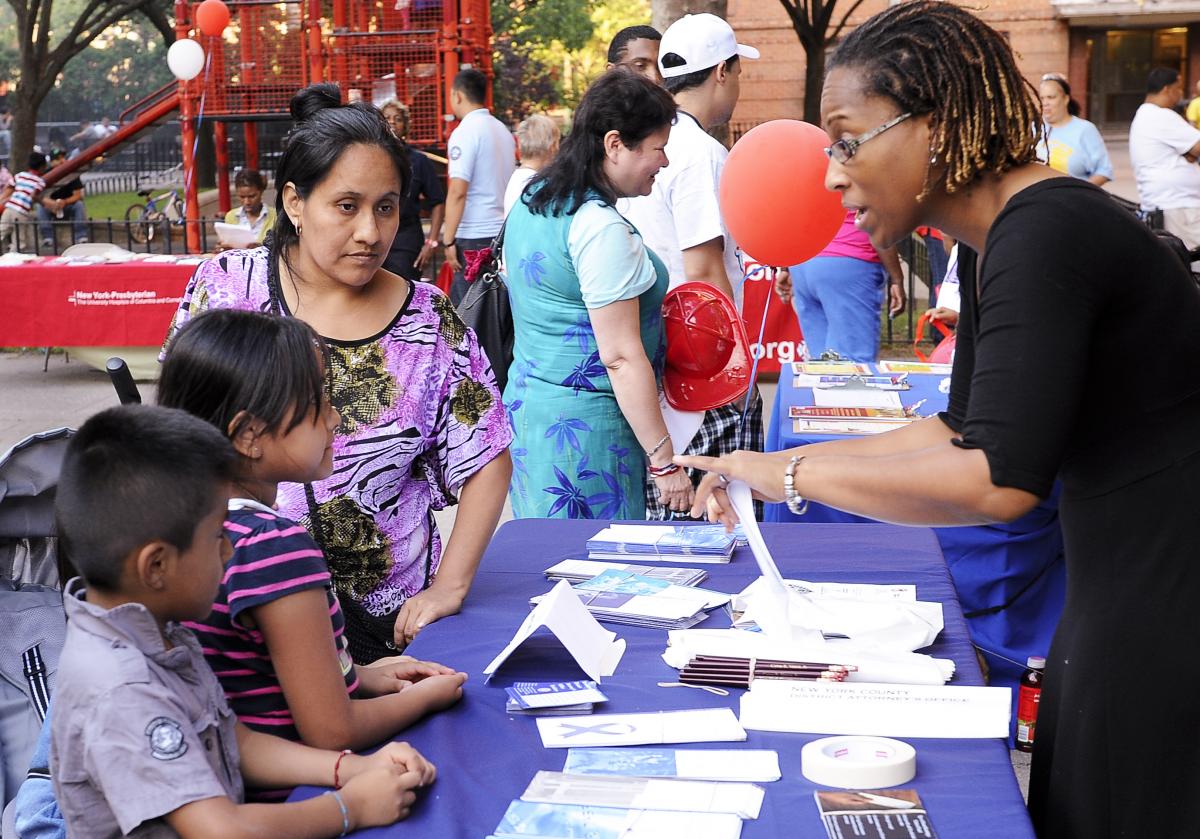 Pictured: An Assistant District Attorney distributes information to members of the public at PSA 5.

Formed by District Attorney Vance in 2010, the Crime Strategies Unit (CSU) uses intelligence-driven technology and information to identify specific issues in different parts of the city and target priority offenders. The unit, which brings together Assistant District Attorneys, investigators, community liaisons, and intelligence analysts, has played an important part in some of the Office’s most significant achievements. To date, the Office has broken up more than 13 major Manhattan gangs, brought 15 indictments against gun traffickers, seized nearly $2 million in criminal proceeds, and taken more than 500 illegal guns off the street – a number that doesn’t include the hundreds of additional guns collected over the course of routine prosecutions and at multiple gun buy-back events. 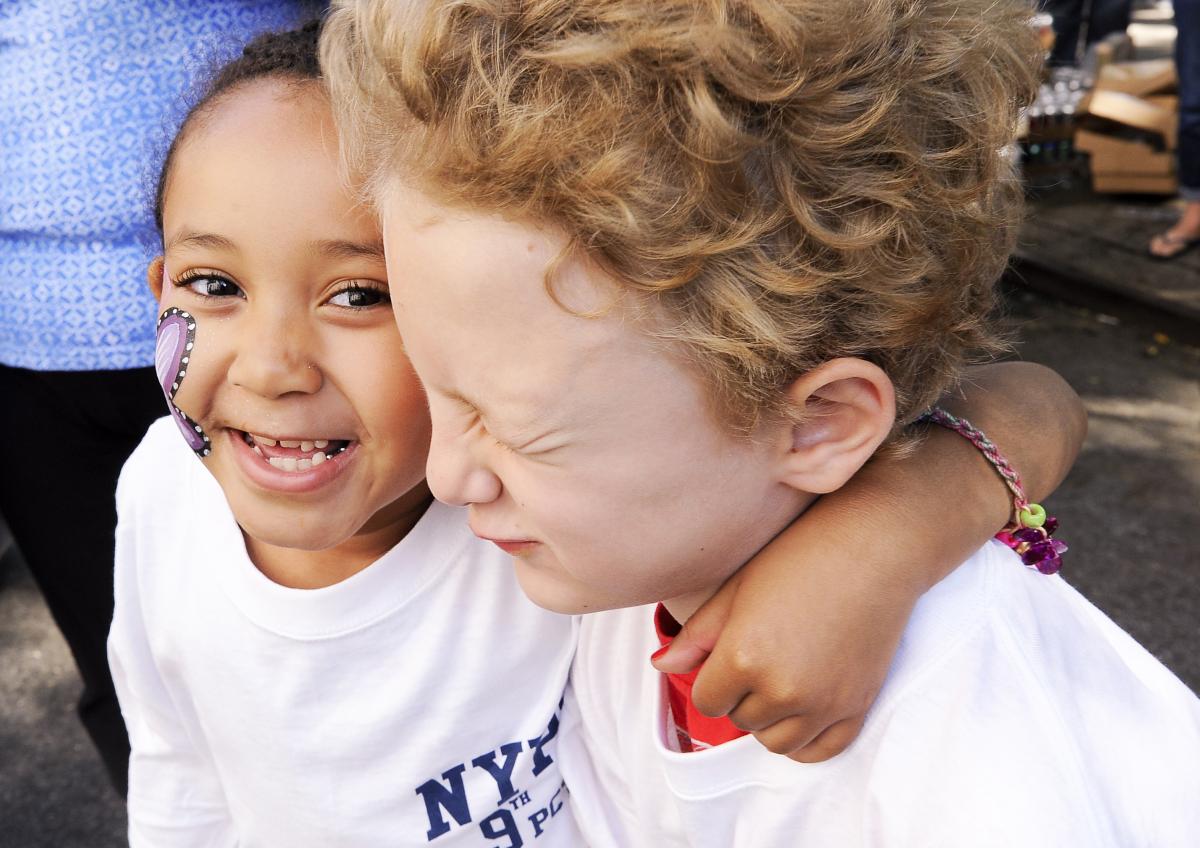 The Office’s Community Affairs Unit also plays an important role in engaging the community and raising awareness of general issues such as guns, gangs, drugs and domestic violence. Recently, the Office and its partners hosted East Harlem’s first-ever Family Day, an event held in recognition of concerted efforts by prosecutors and law enforcement to break up major gangs that terrorized residents and divided East Harlem along turf lines.  The event, like NNO, also brought the community together to celebrate a renewed sense of safety and ongoing partnerships between residents and members of local law enforcement.