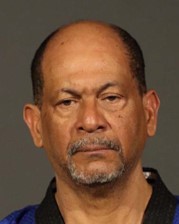 Manhattan District Attorney Cyrus R. Vance, Jr. today announced the indictment of HECTOR BENCOSME, a/k/a “Kiko Valoy,” 57, for sexually abusing four teenaged martial arts students in the basement of a residential building in the Inwood neighborhood of Northern Manhattan. The defendant is charged in a New York State Supreme Court indictment with three counts of Sexual Abuse in the Second Degree, five counts of Sexual Abuse in the Third Degree, and four counts of Endangering the Welfare of a Child. [1]

This investigation is ongoing. Additional survivors and others with relevant information are strongly encouraged to contact the D.A.’s Office’s Child Abuse Unit at (212) 335-4308. The D.A.’s Office is a safe place to report crime regardless of your immigration status. Interpreters are available to assist non-native English speakers.

“As alleged in the indictment, Hector Bencosme took advantage of his position as a martial arts instructor to harm and abuse innocent children in Northern Manhattan,” said District Attorney Vance. “With three schools within walking distance of the crime scene and dozens of students enrolled in the defendant’s martial arts classes, there is reason to believe that there may be additional survivors of his alleged conduct. If you or a loved one has been a victim of this abuse, I urge you to call our Child Abuse Unit at (212) 335-4308.”

According to the indictment, documents filed in court, and statements made on the record, BENCOSME taught martial arts under the alias “Kiko Valoy” in the basement of a residential building at 61-63 Post Avenue, and at another residential building at 120 Vermilyea Avenue. From approximately March 15, 2018 to May 25, 2018, BENCOSME sexually abused four female students, ages 13 to 15, at the Post Avenue location. The defendant was apprehended by the NYPD at the Post Avenue location on May 26, 2018 after two students called 911.

Seventeen years ago, on January 3, 2001, a New York State Criminal Court jury found BENCOSME guilty of Endangering the Welfare of a Child and Sexual Abuse in the Third Degree for similar conduct at the same Post Avenue location. A judge issued a bench warrant on January 17, 2001 after the defendant fled the United States following his conviction. BENCOSME is currently awaiting sentencing on the 2001 conviction, in addition to prosecution for the 2018 allegations.