Repatriation Ceremony Follows Recovery of More Than 2,500 Antiquities Pursuant to the Investigation of Subhash Kapoor 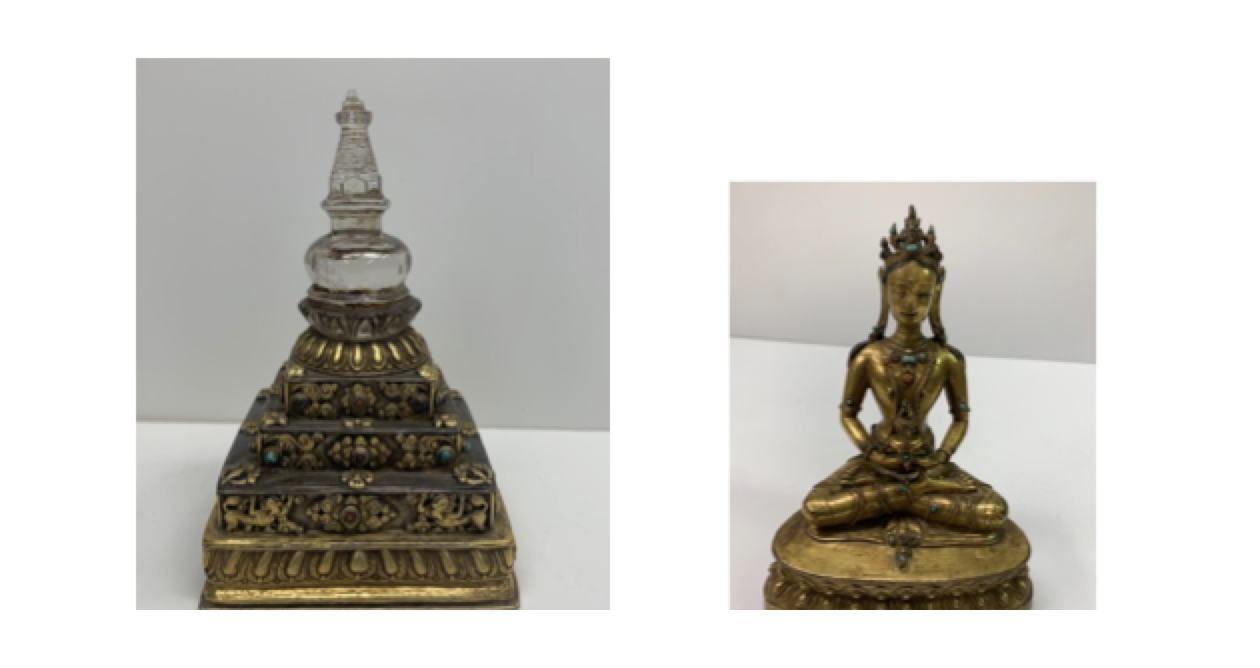 Pictured (from left to right): Gilded copper memorial pagoda with a clear crystal and gemstone, and copper statuette embedded with turquoise and red coral stones, featuring a seated figure in repose.

“Plundering antiquities for individual profit is a crime that transcends time, culture, and borders, as the illicit collection of Subhash Kapoor demonstrates,” said District Attorney Vance. “Today’s repatriation of a dozen majestic relics to China marks the latest this year involving treasures Kapoor allegedly trafficked. I want to thank my Office’s Antiquities Trafficking Unit and our partners at Homeland Security Investigations for their indefatigable efforts to return these culturally significant items, in recent months, to the people of China, Sri Lanka, Nepal, Afghanistan, and Thailand. I look forward to celebrating more such victories in the fight to protect global cultural heritage in the near future.”

“The dozen antiquities being returned to China today are treasures that provide clues of ancestral heritage and cultural history,” said Peter C. Fitzhugh, Special Agent in Charge of HSI New York.  “HSI will continue to work in close coordination with the Manhattan DA, as well as our domestic and international partners, to investigate and seize national treasures of other countries that find their way into the United States under false pretenses.”

“These items reflect religions practiced by the people in the southwest part of China, as well as their cultural and artistic accomplishments,” said Consul General Ping. “I want to thank the Manhattan District Attorney’s Office’s Antiquities Trafficking Unit and Homeland Security Investigations for helping retrieve these valuable treasures and return them to China. The work not only enhances our shared values in cherishing cultural heritage, but also raises public awareness of combating illicit trade in archaeological objects.”

As of today’s ceremony, the D.A.’s Office has returned 363 antiquities to nine nations since August 2020, including, in recent months, three objects to Nepal, a pair of statutes to Sri Lanka, 13 artifacts to Thailand, and 33 relics to Afghanistan.