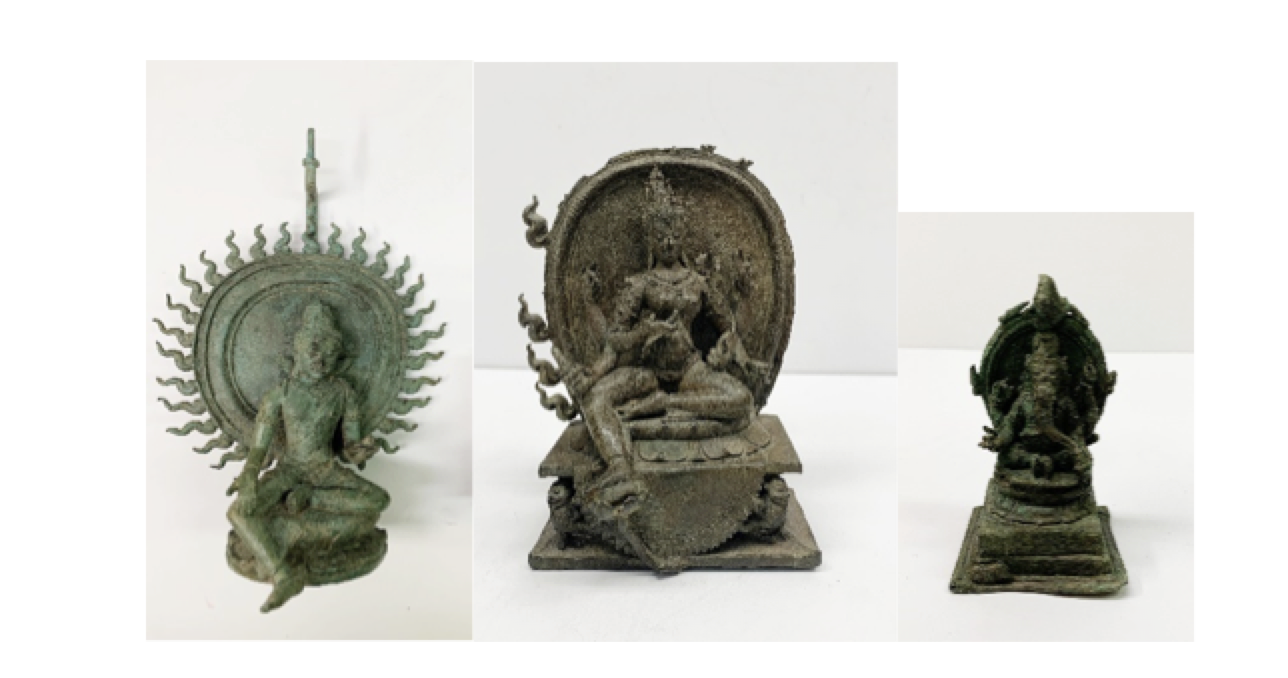 “Cultural heritage crimes involving the looting and illicit sale of ancient artifacts represent an attack on the indispensable link from a nation’s history to its present and future,” said District Attorney Vance. “I am honored to return these three wonderful pieces back to their rightful owners – the people of Indonesia. I want to thank my Office’s Antiquities Trafficking Unit and our partners at Homeland Security Investigations for their ceaseless efforts that have resulted in nearly 400 treasures being returned to 11 countries over the past year. I look forward to further repatriations in the near future.”

“The artifacts being repatriated today are part of Indonesia’s rich cultural history,” said Special Agent in Charge of HSI New York, Peter C. Fitzhugh. “The seizure of these items and the return to their home country is significant in that it highlights the continued cooperation and efforts taken by our agencies and governments to protect cultural history for future generations.”

“On behalf of the Republic of Indonesia, allow me to extend our heartfelt gratitude to the Antiquities Trafficking Unit of the Manhattan District Attorney’s Office and Homeland Security for their hard work and dedication in pursuing the investigation against the criminals in order to bring justice and return the cultural artefacts to their rightful country of origin,” said Indonesia’s Consul General, Dr. Arifi Saiman, MA.

The three items returned today were seized pursuant to the investigation of SUBHASH KAPOOR.

As of today’s ceremony, the D.A.’s Office has returned 393 antiquities to 11 nations since August 2020, including, in recent months, 12 treasures to China, 13 artifacts to Thailand, and 33 relics to Afghanistan.

To date, the D.A.’s first-of-its-kind Antiquities Trafficking Unit has recovered several thousand stolen antiquities collectively valued at more than $175 million. Many hundreds of these priceless artifacts have been returned to their rightful owners and repatriated to their countries of origin, including a total of 393 objects to 11 nations since August 2020. Many hundreds more are ready to be repatriated as soon as the relevant countries are able to receive them amid the pandemic. But more than a thousand must be held awaiting criminal proceedings against the traffickers. The items already returned include a pair of statues of Buddha to Sri Lanka; an Egyptian limestone stele dating back to 664 B.C.E, 45 antiquities dating back to the 2nd Century to Pakistan; a gold coffin stolen from Egypt in the aftermath of the Egyptian Revolution in 2011; three marble Lebanese statues; a Roman mosaic excavated from the Ships of Nemi; an Etruscan relic stolen from the site of a historic necropolis known as the “City of the Dead”; a marble sarcophagus fragment; a Buddhist sculpture stolen from an archaeological dig site; a pair of 12th century Indian statues; a collection of 8th Century B.C.E. bronze statues; and a set of ancient Greek coins, among others.