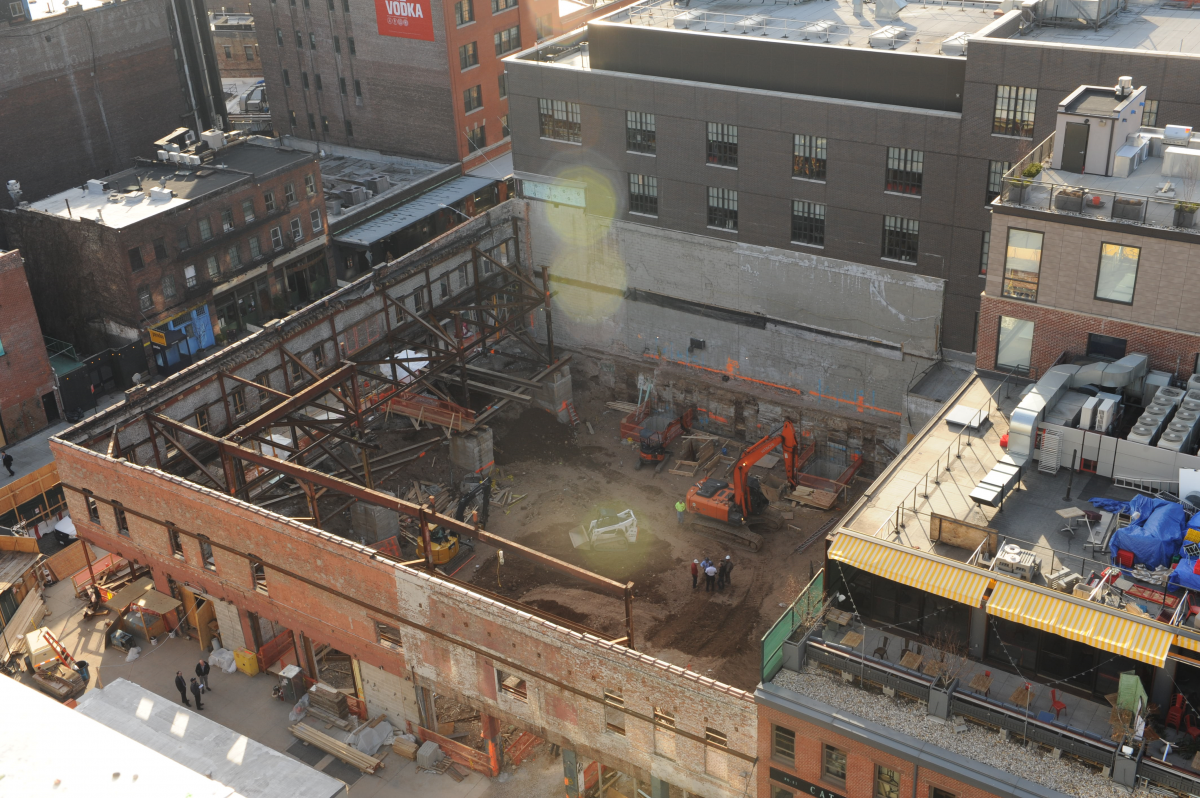 Manhattan District Attorney Cyrus R. Vance, Jr., and New York City Department of Investigation (“DOI”) Commissioner Mark G. Peters today announced the indictments of WILMER CUEVA, 50, and ALFONSO PRESTIA, 54, as well as their respective companies, SKY MATERIALS CORP. (“SKY”) and HARCO CONSTRUCTION LLC (“HARCO”), a/k/a “H&H Builders, Inc.,” for recklessly causing the death of Carlos Moncayo, a SKY employee, by failing to heed and address repeated warnings about unsafe work conditions at an active construction site. Mr. Moncayo was killed when an unsecured trench in which he was working collapsed and fatally crushed him. The defendants are charged in New York State Supreme Court indictments with Manslaughter in the Second Degree, Criminally Negligent Homicide, and Reckless Endangerment in the Second Degree.[1]

“Carlos Moncayo’s death at a construction site was tragic, but it was also foreseeable and avoidable,” said District Attorney Vance. “As detailed in court documents, repeated warnings about safety hazards at 9-19 Ninth Avenue were issued in the months, weeks, and even minutes before a trench collapsed, killing Mr. Moncayo. Excavation work and trenching are some of the most dangerous jobs on a construction project, and it is during these critical moments that adherence to safety protocols and procedures is essential. In this case, the defendants are charged with recklessly disregarding their professional responsibility to protect workers, and we must do everything in our power to prevent similar incidents. I thank our partners at DOI, the NYPD, and OSHA, as well as the members of our Construction Fraud Task Force for their commitment to ensuring the safety and integrity of building sites throughout the City.”

DOI Commissioner Mark G. Peters said: “As charged, these defendants ignored repeated warnings that they were not following safe practices, conduct that led to a tragic outcome. This investigation highlights what DOI has seen in so many of its construction investigations—a direct correlation between integrity and safety. Working with the Manhattan District Attorney and our law enforcement partners, DOI will continue to hold accountable those who are indifferent to the dangerous construction practices endangering their workers and all New Yorkers.”

Police Commissioner William J. Bratton said: “In April, we responded to the scene of a deadly construction site in Chelsea to help victims, gather information, and evidence. What our detectives quickly learned was that this construction site was also a crime scene. After a thorough investigation, we announce the indictment of those responsible for this crime, as alleged.  I’d like to thank the dedicated team of investigators and prosecutors from the Manhattan District Attorney’s Office who made today a reality.”

Director of OSHA’s Manhattan Area Office Kay Gee said: “Carlos Moncayo was a person, not a statistic. His death should not have happened. It reminds us that when employers neglect their legally required responsibility to safeguard their employees against on-the-job hazards, the tragic and irreversible result can be an incalculable loss to a worker’s family, friends and coworkers.”

According to the indictments and documents filed in court, between December 2014 and March 2015, SKY, an excavation subcontractor, and HARCO, a general contractor, managed and oversaw construction work at 9-19 Ninth Avenue between West 13th and Little West 12th Streets in the Meatpacking District. During that period, CUEVA, as SKY’s foreman, and PRESTIA, as HARCO’s senior superintendent, were responsible for ensuring workers’ safety and observing basic safety precautions at the development site.

As required by the New York City Building Code and Occupational Safety & Health Administration (“OSHA”) regulations, all excavations deeper than five feet must be fortified in order to protect workers from cave-ins before permanent support systems can be implemented. Common methods of fortification include shoring, which prevents soil movement by bracing trench walls with hard barriers, and sloping, which lessens the gradient of trench walls, decreasing pressure and the chance of collapse. 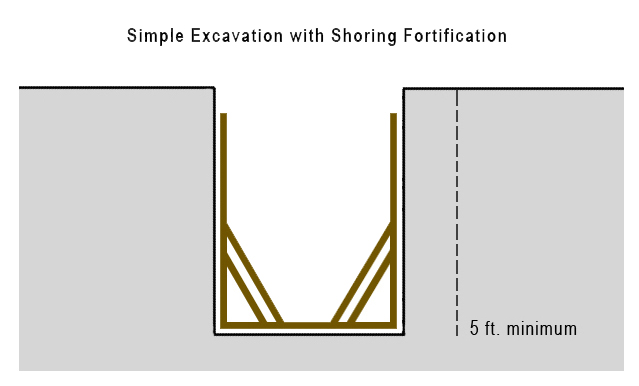 In February 2015, Domani Inspection Services, Inc. (“Domani”) was hired to conduct inspections at the Meatpacking District site. [2] From the outset of the assignment, a Domani inspector noticed that conditions at the excavation site were severely lacking with respect to workers’ safety. Moreover, the trenches at 9-19 Ninth Avenue were not secured by either sloping or shoring methods. Despite meetings with the defendants and repeated email warnings about these deficiencies, safety practices did not improve and persisted for a period of several months.

On April 6, 2015, at approximately 9:45 a.m., a different Domani inspector arrived at the 9-19 Ninth Avenue site and noticed that a seven-foot-deep trench was unprotected by any system of fortification. The inspector rushed to alert PRESTIA, who was inside a trailer at street level with no sightline to the excavation pit. The inspector informed PRESTIA that no workers should be allowed to enter the trench while the sides were unfortified, and delivered the same directions to CUEVA, who was on site supervising excavation work.

At approximately 10:35 a.m., the same inspector witnessed four workers inside the unfortified trench, which had reached approximately 13 feet in depth. The inspector informed CUEVA that the workers needed to get out of the unprotected trench immediately, and suggested an alternative method of completing the task at hand that did not require the workers to be inside the trench. CUEVA, however, refused the inspector’s proposal and did not halt ongoing work in the trench. The inspector ran to the trailer to alert PRESTIA, and went back to the pit to reiterate his concerns to CUEVA. At this time, both of the defendants had received two separate and individual warnings about inadequate safety conditions in the trench.

Nearly two hours after receiving the first warning, PRESTIA left the trailer at approximately 11:30 a.m. and, in English, instructed the workers to get out of the trench. However, the workers—who spoke primarily Spanish—continued working in the trench. A SKY employee approached by the Domani inspector about the unsafe conditions spoke with CUEVA, and at approximately 11:50 a.m., CUEVA called out to the crew in Spanish.

Due to unsafe excavation practices, the New York City Department of Buildings (“DOB”) immediately issued a Stop Work Order against HARCO, and suspended HARCO’s license to perform general contracting services in New York City. DOB also subsequently issued a Stop Work Order at another construction site on which SKY was serving as the excavation subcontractor.

[1] The charges contained in the indictments are merely allegations, and the defendants are presumed innocent unless and until proven guilty. All factual recitations are derived from documents filed in court and statements made on the record in court.

[2] As outlined in the New York City Building Code, the role of an inspector in this capacity is limited to testing the integrity of the finished concrete underpinning to ensure that it is safe. It is not the inspector’s job to monitor worker safety or to make decisions about the means and methods used to create the underpinning.