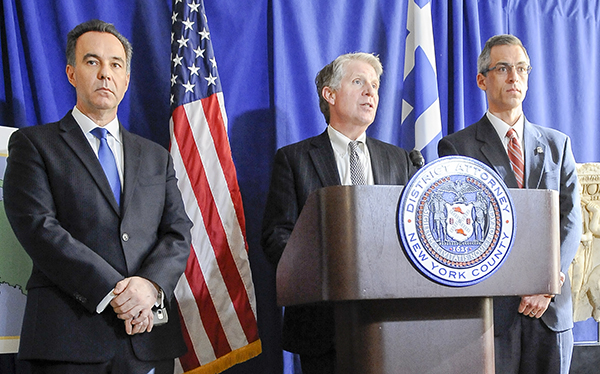 “Trafficked antiquities often acquire a veneer of legitimacy after the passage of time or changes in ownership,” said District Attorney Vance. “Galleries, auction houses, and art collectors, however, should be on alert that my Office and our partners in law enforcement are closely following the listing and sale of items of suspicious or dubious provenance. As looting becomes more common, collectors must exercise greater scrutiny when it comes to evaluating whether an item may have been unlawfully acquired. To do otherwise is to implicitly endorse an unacceptable practice through willful ignorance. I thank our partners for their commitment to ending the trade of stolen antiquities, and today, I am gratified to return another treasured artifact to its rightful owner, the Hellenic Republic and people of Greece.”

Consul General of Greece, Dr. Koutras stated: “On behalf of the Hellenic Republic, I wish to extend my heartfelt thanks to the District Attorney of Manhattan, Cyrus R. Vance, Jr., for his contribution to this achievement, as we proudly accept a part of our heritage. This marvelous marble sarcophagus dated around the 2nd century A.D. will now be returned where it belongs, to Greece. It will be displayed at the National Archaeological Museum in Athens with a special reference that will point out the decisive contribution of the Manhattan District Attorney’s Office for its repatriation. Sadly, in the past, our country has suffered from cruel and continued smuggling of its antique artifacts, and even to this day, a very important part of our heritage remains scattered throughout the world.

“The artistic expression of every human age and culture is part of our global and perennial heritage. Art, culture, and tradition transcend time and space. This global, collective expression should in no way be confined within the physical borders of any country, as regrettably is still the case today, especially with numerous ancient Greek artifacts.

“The fruits of the ancient Greek civilization, which have largely inspired and shaped the modern notions of democracy, philosophy, science and the arts, should be shared and enjoyed universally. It is, therefore, essential that they be exposed to as large a public as possible. It is imperative that they be shielded from exploitation. They belong to the world, and are not to be sequestered or used to serve or safeguard private interests.”

“I applaud the tremendous investigative efforts by the Manhattan District Attorney’s Office, the Consul General of Greece in New York, and our HSI Cultural Property, Art and Antiquities unit for working together to recover and return the ancient marble sarcophagus that was stolen nearly 30 years ago,” said Angel M. Melendez, Special Agent-in-Charge of HSI New York. “The return of this piece of artwork is another excellent example of what can be accomplished when law enforcement authorities in the U.S. and abroad partner to identify and recover historic, stolen works of art.” 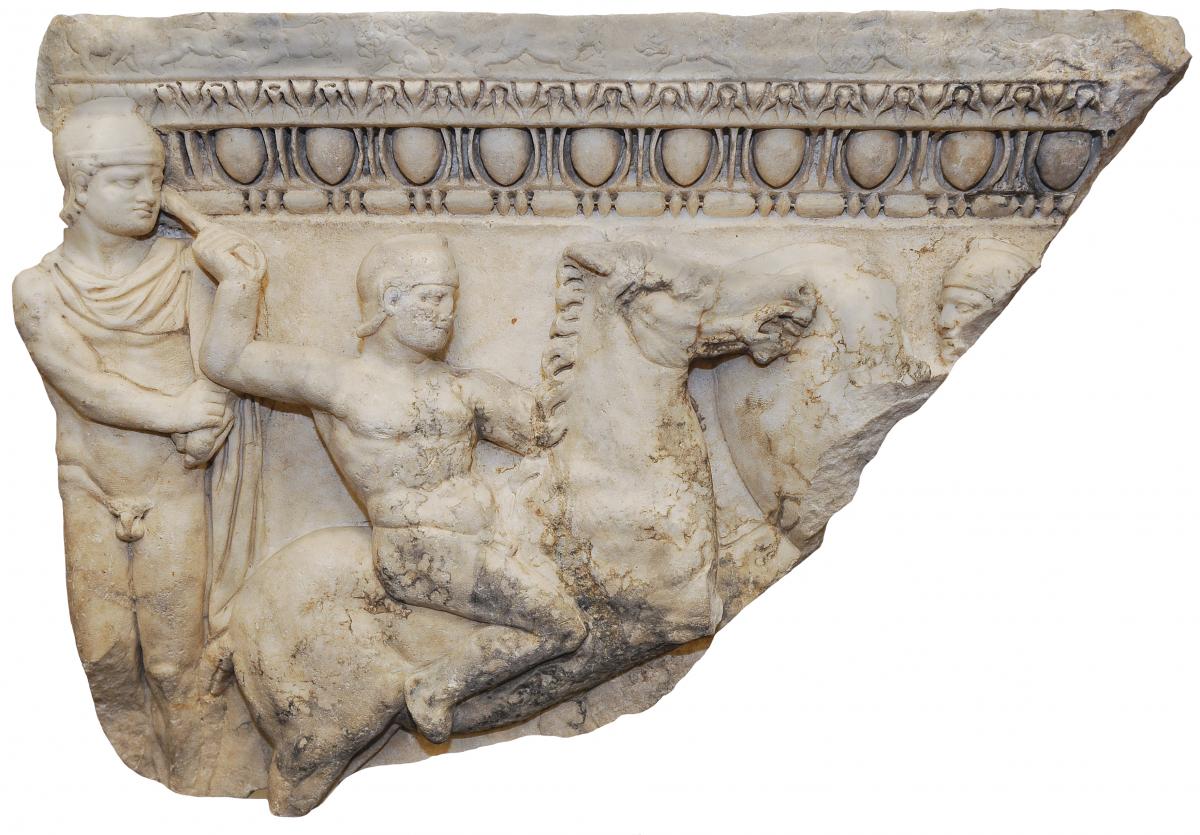 As part of an ongoing joint investigation with partners in international law enforcement, in January, the Manhattan District Attorney’s Office seized pursuant to a search warrant the ancient marble sarcophagus fragment from a gallery in Midtown Manhattan, where it was displayed as the centerpiece. The item, which originally dates back to 200 A.D. and depicts a battle between Greek and Trojan warriors, was stolen from Greece in 1988. The artifact was then smuggled abroad and transported through Europe before finally landing in New York.

Once presented with evidence of the theft, the Manhattan-based art gallery forfeited the item willingly, and the repatriation ceremony represents the return of the ancient sarcophagus fragment to Greece, where it will be displayed for public view and research at the National Archeological Museum of Athens.

The Manhattan District Attorney’s Office has recently recovered and repatriated several items forfeited as part of criminal investigations and prosecutions:

Assistant District Attorney Matthew Bogdanos, Senior Trial Counsel, handled the recovery of the ancient marble sarcophagus fragment. The recovery was made possible by the efforts of Dr. Christos Tsirogiannis, Affiliate Researcher at the Scottish Centre of Crime and Justice Research, University of Glasgow, and lecturer for the Association for Research into Crimes Against Art (“ARCA”) in Italy.

District Attorney Vance thanked HSI New York and the Consulate General of Greece in New York for their assistance with the matter.