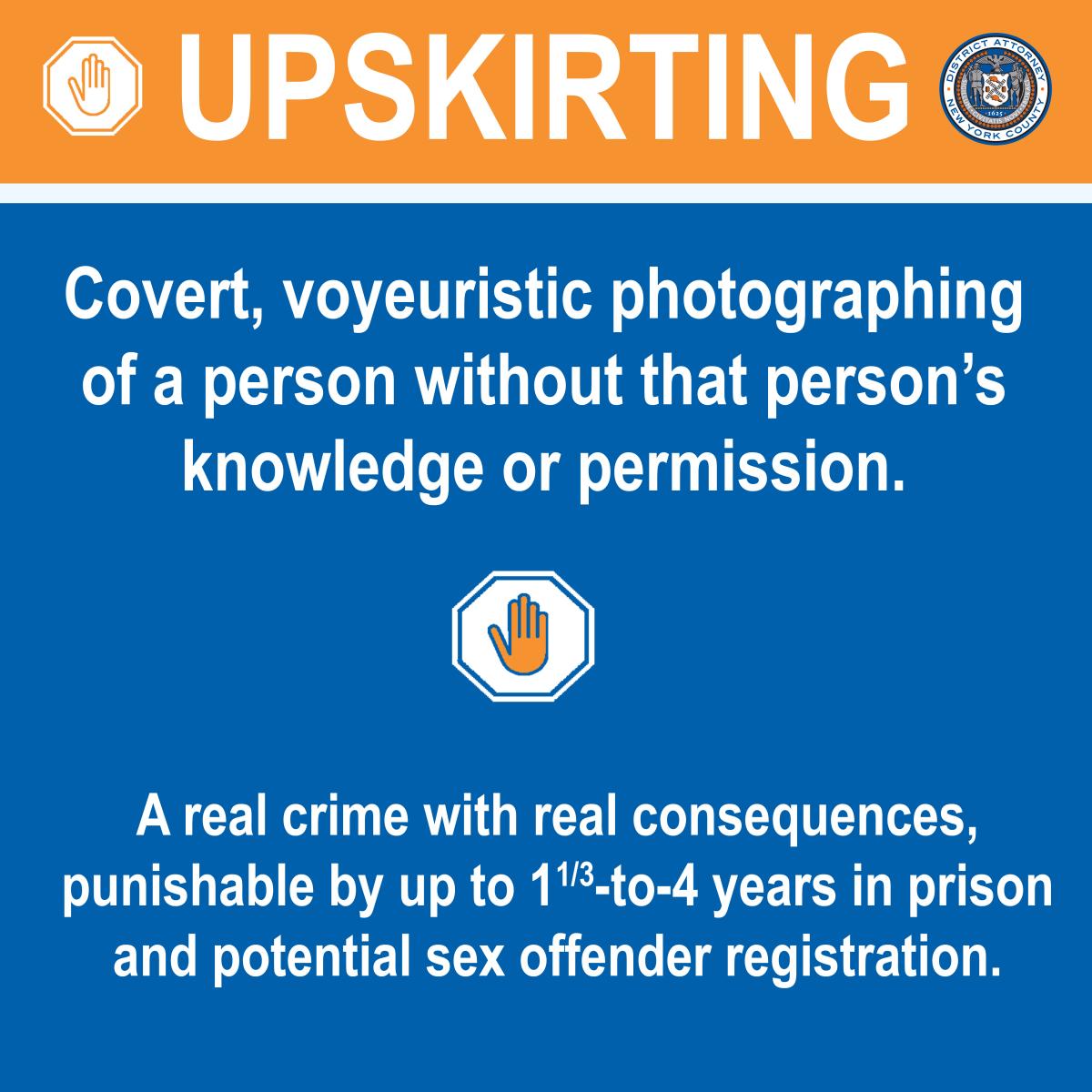 The Manhattan District Attorney’s Office today launched a new social media campaign to raise awareness of “upskirting,” the unlawful, voyeuristic act of photographing a person without her knowledge or permission. Those who commit this serious criminal offense face charges of Unlawful Surveillance, a class E felony, which carries a maximum penalty of up to 1 1/3-to-4 years in prison and possible sex offender registration. 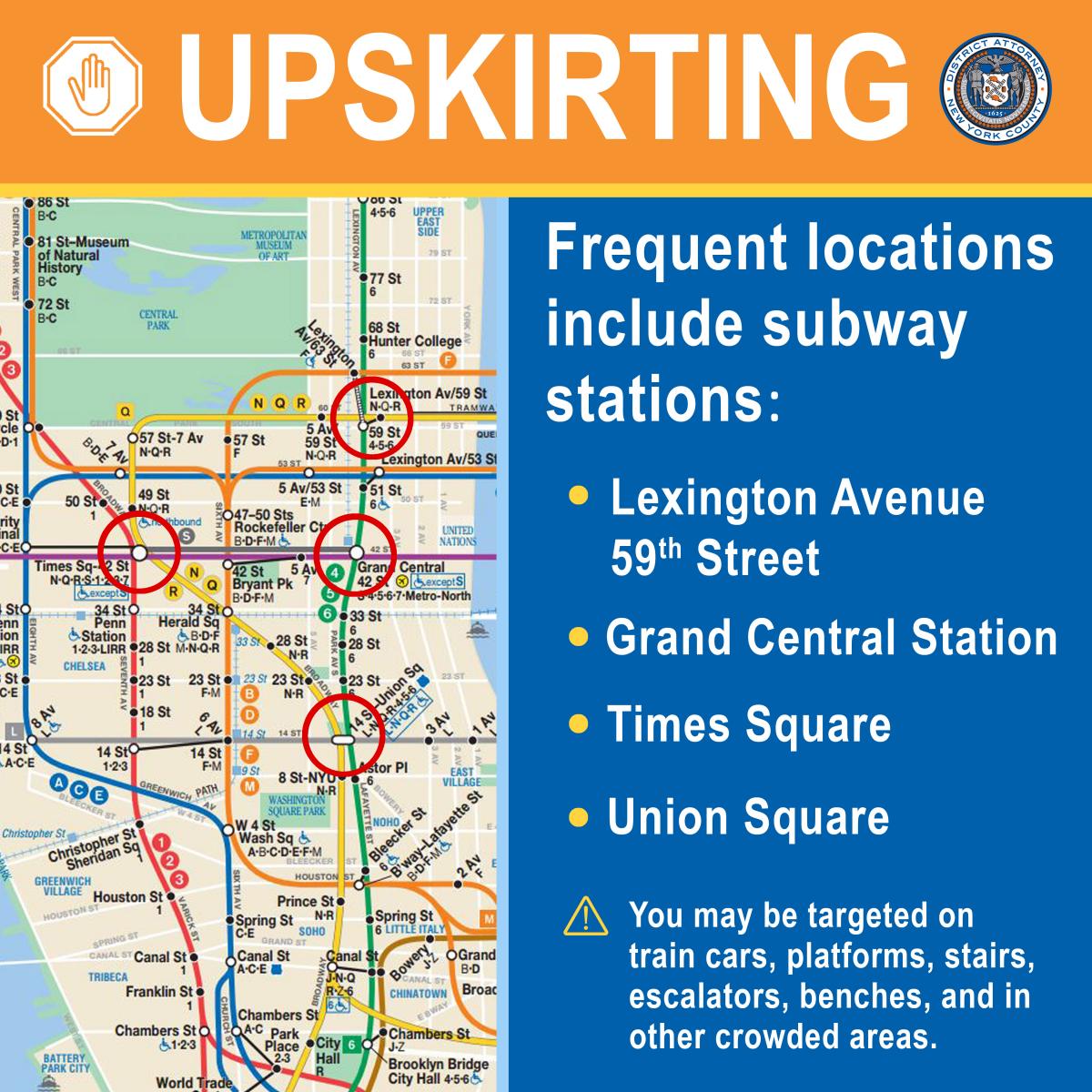 “This is a serious crime with serious consequences,” said District Attorney Vance. “If convicted of Unlawful Surveillance, offenders face up to four years in prison, and possible sex offender registration. I urge New Yorkers to stay aware, and most of all, to report this behavior to law enforcement – either by telling a nearby police officer or calling 911. These are not victimless crimes, but damaging invasions of privacy, and so-called ‘upskirters’ will be prosecuted to the fullest extent of the law.” 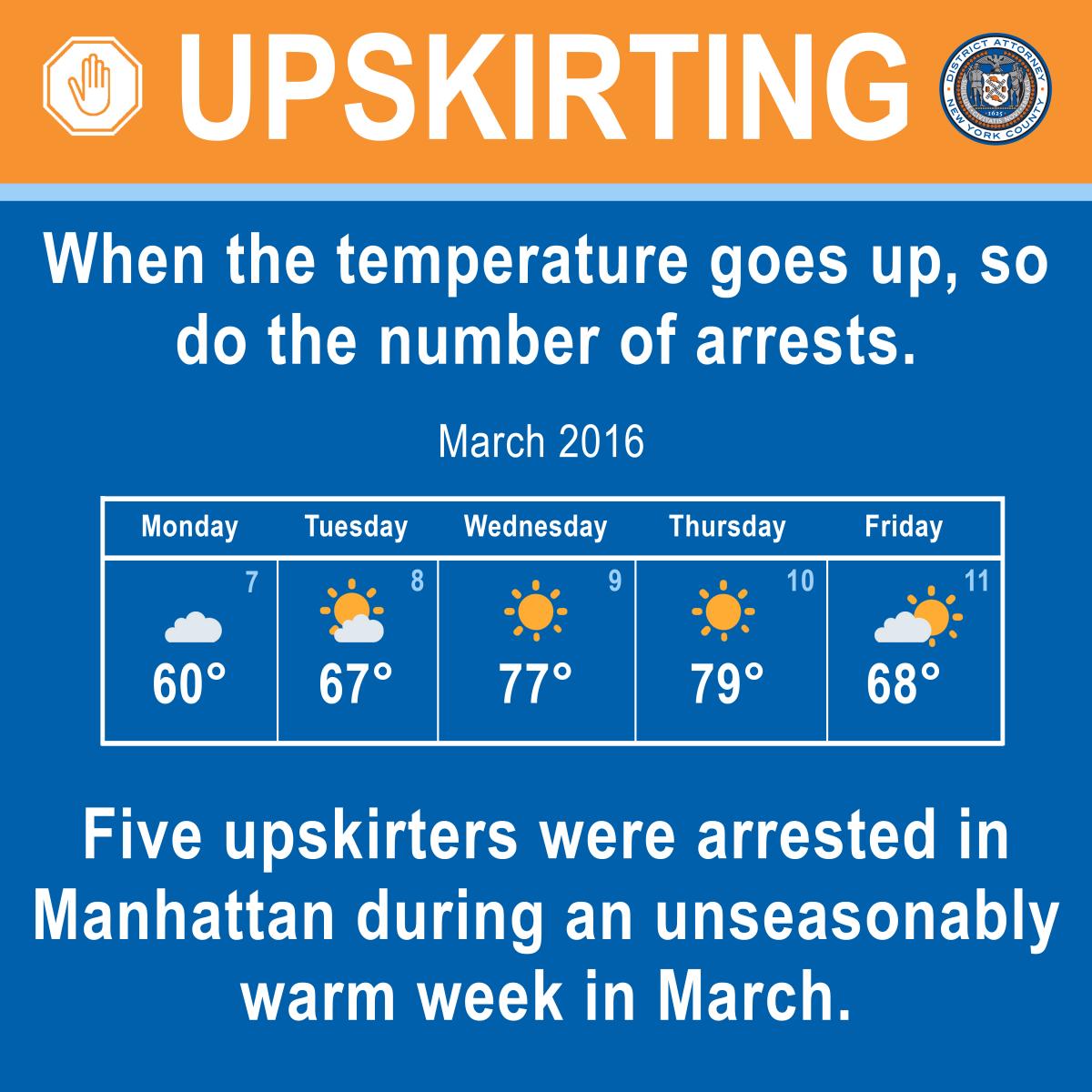 As temperatures rise and the number of incidents increase, the Office’s campaign aims to raise awareness of both the crime and its consequences, while informing the public of locations and methods frequently used by perpetrators, as well as what to do if upskirting is observed. 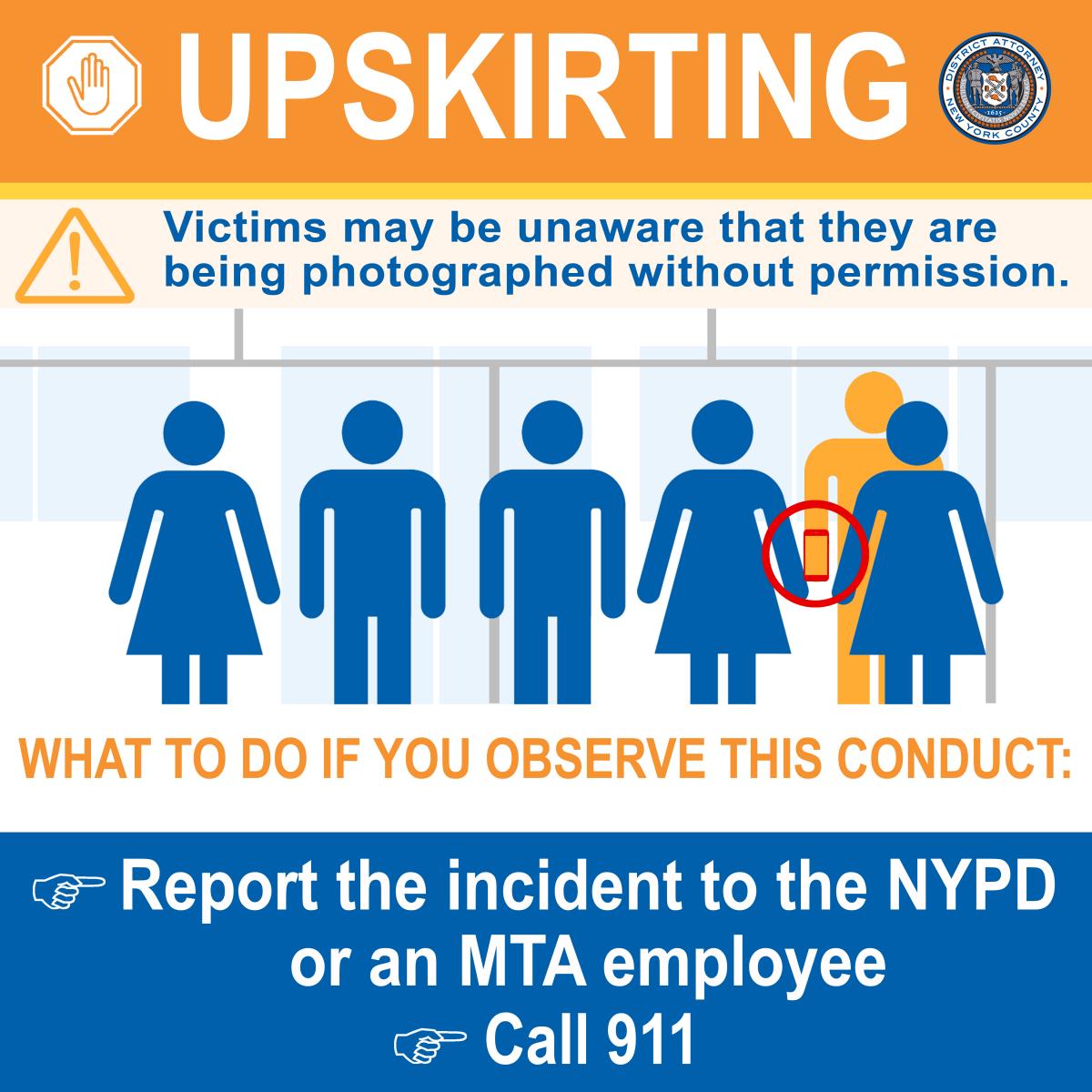 The devices used to unlawfully photograph or film victims include smartphones and small cameras hidden in objects like newspapers or briefcases. Devices seized with lawful search warrants often yield photos or videos of multiple women – as many as two dozen, in some of the most serious cases – which can lead multiple counts of Unlawful Surveillance being filed against a single defendant. Additionally, if an image is shared or disseminated online, the perpetrator risks being charged with a second felony crime. 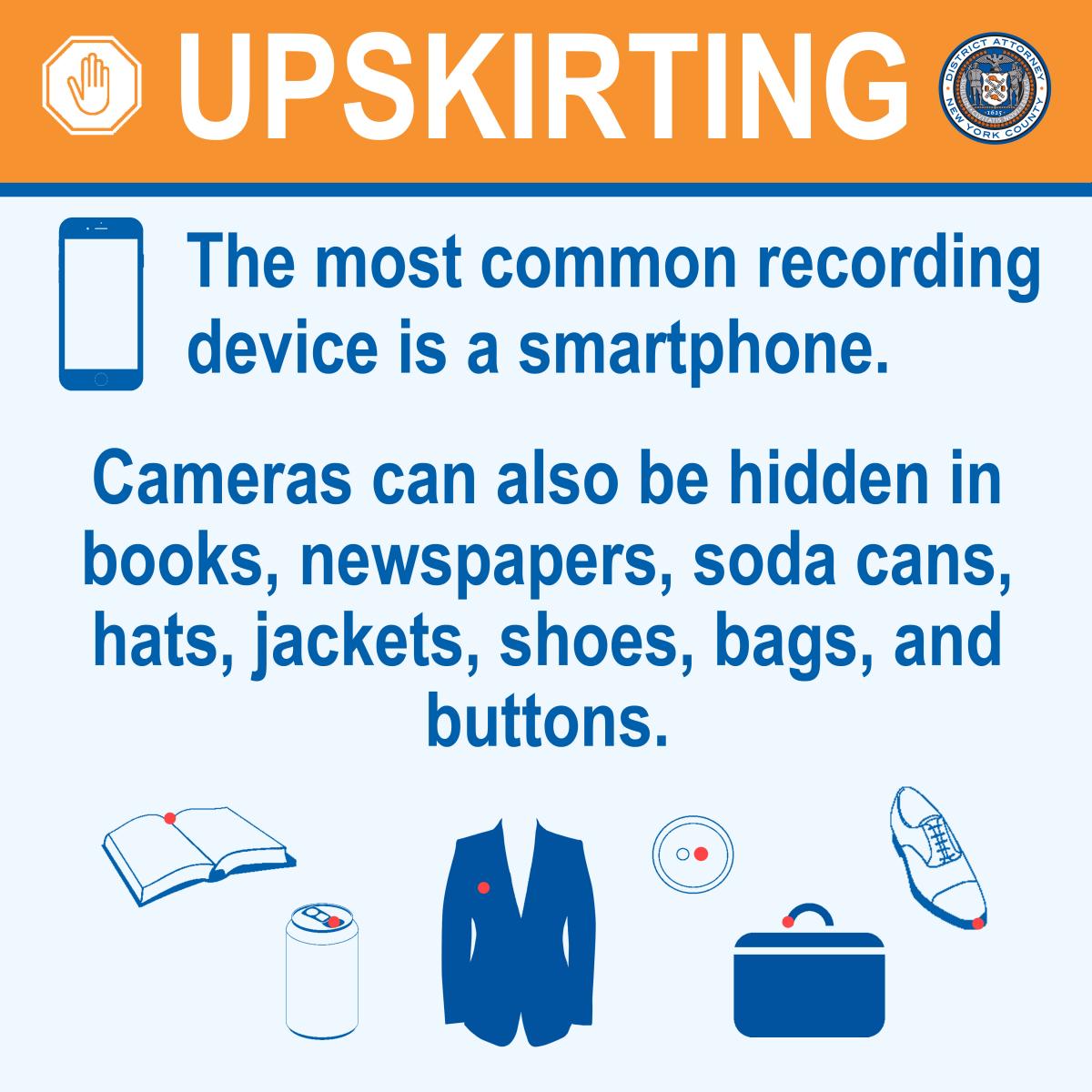