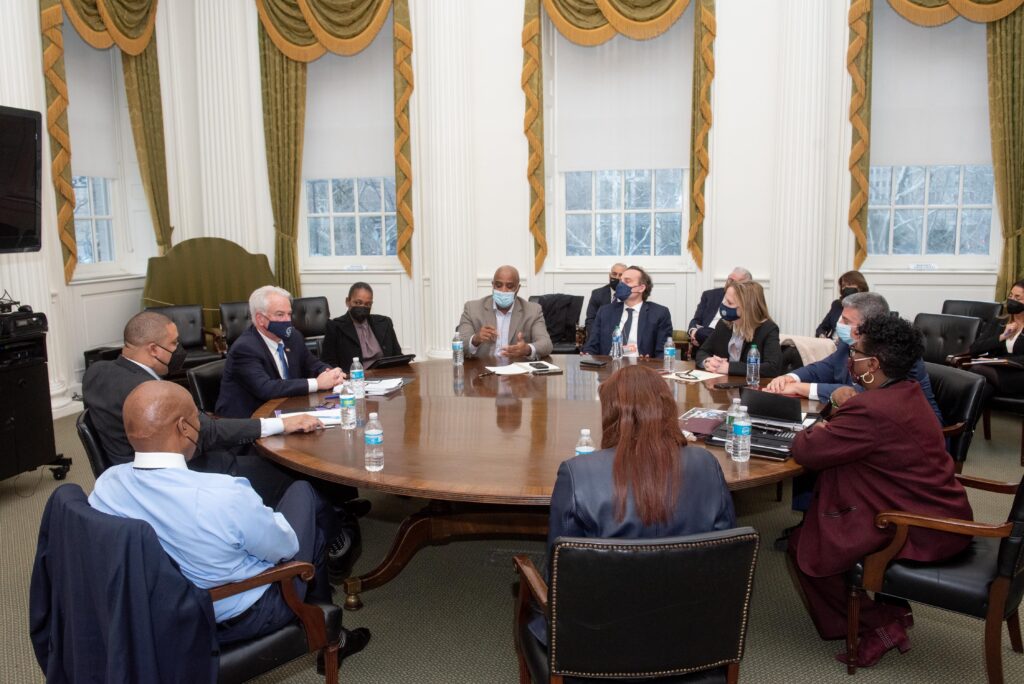 “Today, Mayor Eric Adams and District Attorneys Alvin Bragg, Darcel Clark, Eric Gonzalez, Melinda Katz, and Michael McMahon met in City Hall. The purpose of the meeting was to discuss the mutually shared goals of keeping New Yorkers safe, particularly from the rising toll of gun crimes. The conversation was wide ranging, candid, and productive. The mayor and district attorneys agreed that, among other things, safety and justice are not mutually exclusive, and must go hand in hand. They discussed ways that each office, the city, state, and federal partners could contribute to the fight against gun violence, as well as the ways they each could use their voice and platform to urge necessary changes to the system. They agreed to meet regularly.”