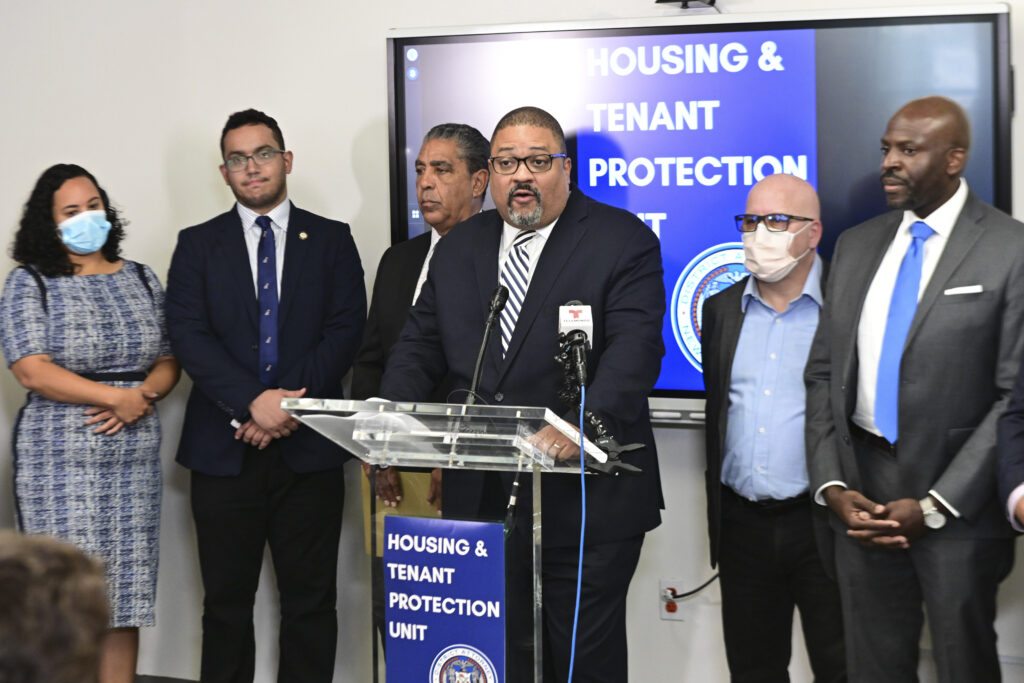 In recent months, we’ve secured multiple notable indictments and convictions, launched a Housing and Tenant Protection Unit, and made strides toward expanding our industry-leading wage theft and worker protection practice. No matter the crime, Manhattan D.A.’s Office has the resources and expertise to help.

We launched the Office’s first Housing and Tenant Protection Unit because we know that housing is a public safety issue. The Unit targets systemic criminal harassment of tenants and abuse of government programs by landlords and developers. Areas of focus include harassment of rent-regulated tenants, deed fraud, and defrauding of government subsidy programs by landlords and developers.

“New York City is in the midst of a housing crisis, and that means tenants are particularly vulnerable to unscrupulous landlords,” said District Attorney Bragg. “By taking a targeted approach to complex and pervasive criminal activity, we can root out the bad actors who are seeking to game the system for profit at the expense of ordinary New Yorkers. The creation of this unit represents our firm commitment to fully utilizing the resources of our office to ensure Manhattan residents can exercise the right to live safely and securely.”

Tips and complaints can be submitted to the Unit’s hotline at 212-335-8900, or email danyhousing@dany.nyc.gov. This office is a safe place to report crime, regardless of your immigration status. 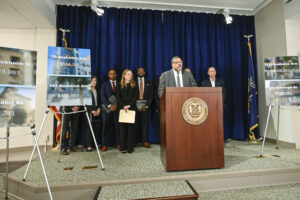 In October, we indicted six real estate developers for defrauding New York State’s 421-a tax exemption program meant to promote affordable housing, and collectively reaping more than $1.6 million in illegal property benefits. The investigation revealed that the developers, who owned six different Brooklyn apartment buildings, claimed that designated affordable units would be rented to income-qualified tenants approved by the NYC Department of Housing Preservation & Development. Instead, we allege, they were rented out at higher rates for years – sometimes more than $1,000 per month above the approved affordable level – to renters who did not qualify for affordable housing.

In Manhattan, we’re holding accountable companies that line their pockets at the expense of their employees. Whether it’s combatting wage theft or demanding safe worksite conditions, we’re standing up for hard-working New Yorkers.

In January 2023, we indicted 24 individuals and 26 companies for engaging in a multi-million-dollar construction industry kickback scheme that undermined fair play in NYC’s construction industry for more than eight years. The defendants allegedly conspired to corrupt the competitive bidding process and stole more than $5 million from developers during this scheme. “When the bidding process is rigged, we all lose. I hope this indictment sends a message that the Manhattan D.A.’s Office and our partners at the NYPD and Department of Investigation will not tolerate bribery, corruption, or fraud,” said D.A. Bragg. 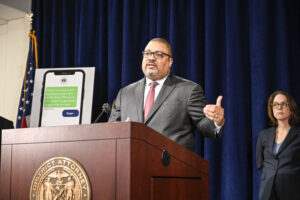 LIC Contractor Indicted After Defrauding State Of Over $7 Million

'This is a chapter in the book': Manhattan D.A. puts Trump Org conviction in context