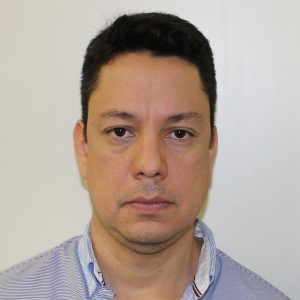 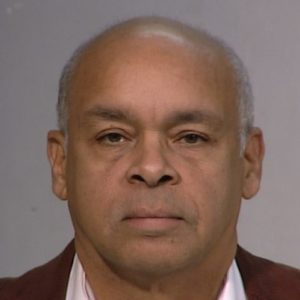 Manhattan District Attorney Cyrus R. Vance, Jr., today announced the indictment of DAVID MORENO (top photo), 41, and VICTOR ESPINAL (bottom photo), 69, for falsely presenting themselves as immigration attorneys and stealing thousands of dollars from undocumented New Yorkers seeking legal assistance. The defendants are charged in a New York State Supreme Court indictment with one count of Immigrant Assistance Services Fraud in the First Degree and one count of Grand Larceny in the Fourth Degree, as well as various counts of Practicing or Appearing as an Attorney-at-Law Without Being Admitted and Registered, Scheme to Defraud in the First Degree, and Petit Larceny.[1]

This investigation is ongoing. Additional victims and others with relevant information are strongly encouraged to contact the D.A.’s Office’s Immigrant Affairs Unit at (212) 335-3600. The D.A.’s Office is a safe place to report crime regardless of your immigration status. Interpreters are available to assist non-native English speakers.

“As immigration policy roils the country, unscrupulous and outright phony attorneys are exploiting the fears of immigrant New Yorkers for profit,” said District Attorney Vance. “As alleged, the defendants preyed upon undocumented New Yorkers with the promise of a pathway to legal immigration status. Instead, the defendants’ fraudulent filings placed one of their victims in removal proceedings and put others at greater risk of deportation.

“We believe there may be additional victims. If you are a victim of “ICONYC Legal Agency,” I urge you to call my Office’s Immigrant Affairs hotline at (212) 335-3600. We are here to protect your safety and rights regardless of your immigration status or the language you speak.”

According to court documents, from November 2017 to May 2019, MORENO and ESPINAL orchestrated a scheme in which they posed as immigration attorneys. MORENO purported to be the “CEO” of ICONYC Legal Agency, a fake law firm, and used social media advertisements promising “free immigration assessments” by “accredited attorneys” to target and defraud Spanish-speaking immigrants. MORENO met with the victims at the purported law firm in a co-working office space at 315 West 36th Street, and convinced them to hire ICONYC Legal Agency to prepare their asylum claims. After the victims paid MORENO purported “legal fees” ranging from approximately $500 to $560, he falsely completed asylum applications that contained many errors, inaccuracies, and insufficient information.

The Manhattan D.A.’s Office launched an investigation into the defendant’s scheme after the Attorney Grievance Committee for the First Judicial Department referred to the case to the D.A.’s Immigrant Affairs Unit. In January 2019, a Manhattan D.A. investigator, posing as an undocumented immigrant looking to legalize his status, called the phone number advertised by ICONYC Legal Agency. From January 2019 to May 2019, MORENO and ESPINAL attempted to convince the undercover investigator that as his attorneys, they could submit an application for permanent residency based on the investigator’s 10-year residency in the U.S. At two subsequent meetings, MORENO collected approximately $2,300 in “legal fees” for services he was not licensed to provide. During the investigation, ESPINAL also revealed that he provides immigration advice to the public at locations in Washington Heights.

ESPINAL was previously prosecuted by the Manhattan D.A.’s Immigrant Affairs Unit for operating an unlicensed immigration law practice from 1997 to 2008. In May 2010, ESPINAL pleaded guilty, in connection with multiple indictments, to Forgery in the Second Degree, Grand Larceny in the Third Degree, Scheme to Defraud in the First Degree, and Practicing or Appearing as an Attorney-at-Law Without Being Admitted and Registered. He was sentenced to 6 months’ jail.

Assistant D.A. Diego Diaz is handling the prosecution of the case, under the supervision of Assistant D.A. Gloria Garcia, Chief of the Financial Frauds Bureau, Program Coordinator Adriana Suarez assisted with the investigation, as did Investigators Jose Vasquez, Frank Toro, and Supervising Investigator Veronica Rodriguez.