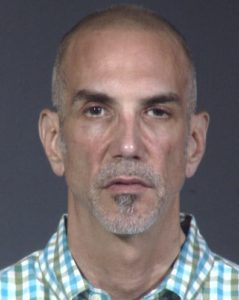 Manhattan District Attorney Cyrus R. Vance, Jr. today announced the guilty plea of KENNETH FERRANTI, 40, a physician assistant, for sexually abusing two male patients at Hennessey Dermatology in Union Square in February and August 2017, and for subsequently lying during his Grand Jury testimony. FERRANTI pleaded guilty in New York State Supreme Court to one count each of Sexual Abuse in the Third Degree, Forcible Touching, and Perjury in the First Degree. He is expected to be sentenced on December 20.

This investigation is ongoing. Additional survivors and others with relevant information are strongly encouraged to contact the D.A.’s Office’s Sex Crimes Unit at (212) 335-9373.

“As a physician assistant, this defendant garnered trust and confidence from the many patients left in his care,” said District Attorney Vance. “But on at least two occasions, when these same patients came to him in need of medical attention, he violated that trust and abused them under the guise of providing medical treatment. That he later perjured himself before a grand jury as he testified about the abuse only exacerbates this terrible crime, and I thank my office’s prosecutors for holding him accountable.”

“This investigation, however, is not over, and we have reason to believe that there may be additional survivors of this defendant’s abusive conduct. If you or a loved one have been victimized by this individual, I urge you to report it to my office by calling our Sex Crimes hotline at: (212) 335-9373.”