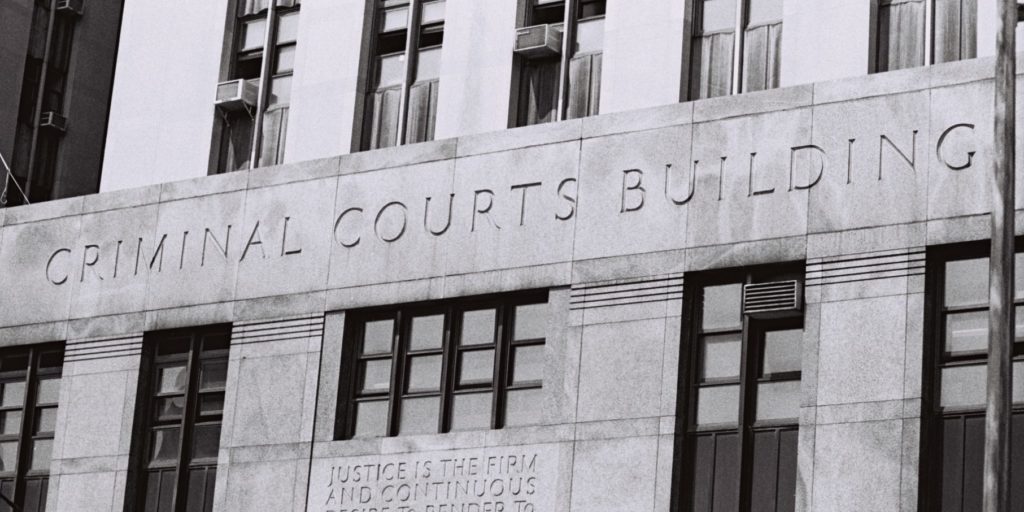 The Manhattan District Attorney's Office has a long tradition of excellence and non-partisanship, and is considered one of the nation’s preeminent prosecutor’s offices. Since the 1930s, there have been just four elected District Attorneys, and each has had a significant impact on modern criminal prosecution.

The modern era of professional, non-partisan prosecution began in 1935 when Thomas E. Dewey was named a special prosecutor to combat organized crime in Manhattan. With his own staff, offices and budget, Mr. Dewey operated independently of the sitting District Attorney. Among Mr. Dewey’s innovations upon taking office as District Attorney were the creation of the Rackets Bureau and the Frauds Bureau, the establishment of a team of forensic accountants to investigate financial crimes, and the creation of an in-house Investigation Bureau.

For much of its earlier history, the District Attorney’s Office had been beset by political cronyism and a somewhat laissez-faire attitude toward crime. The Office changed course radically with Mr. Dewey’s election as Manhattan District Attorney in 1938. Having galvanized the legal community with his far-reaching assault on racketeering and organized crime while New York’s Special Prosecutor, the “racket-buster” brought the same measure of boundless energy, political non-partisanship, imagination and zeal to his four-year tenure as District Attorney. 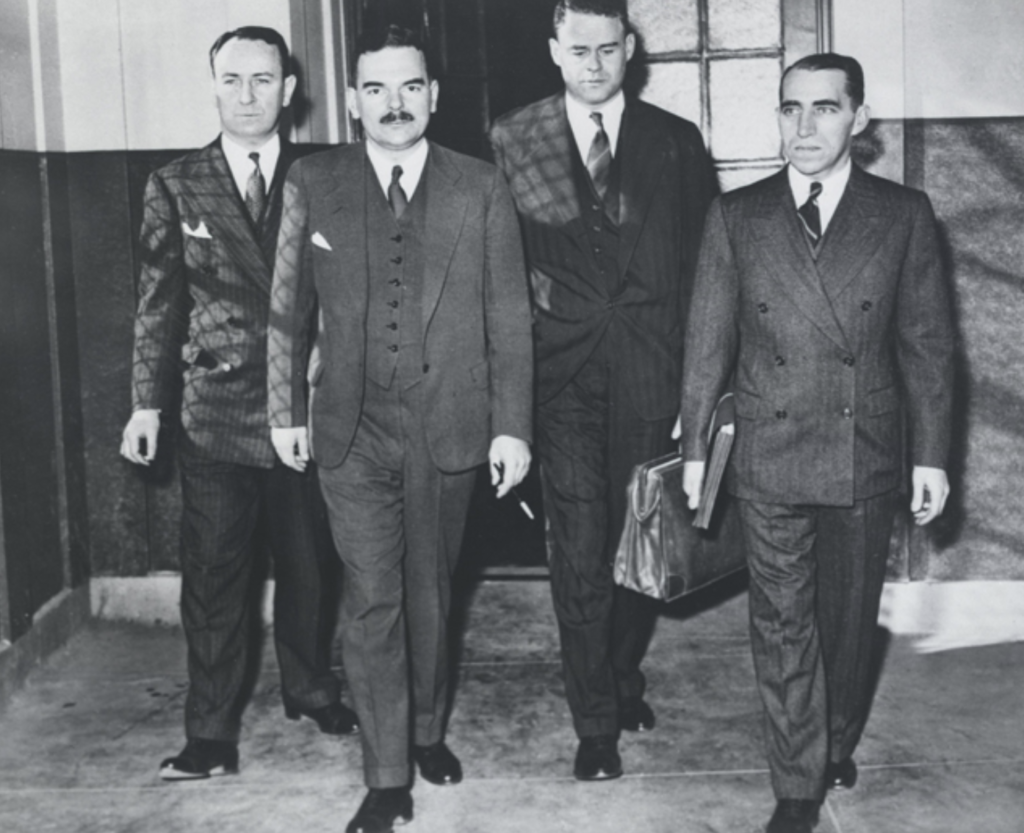 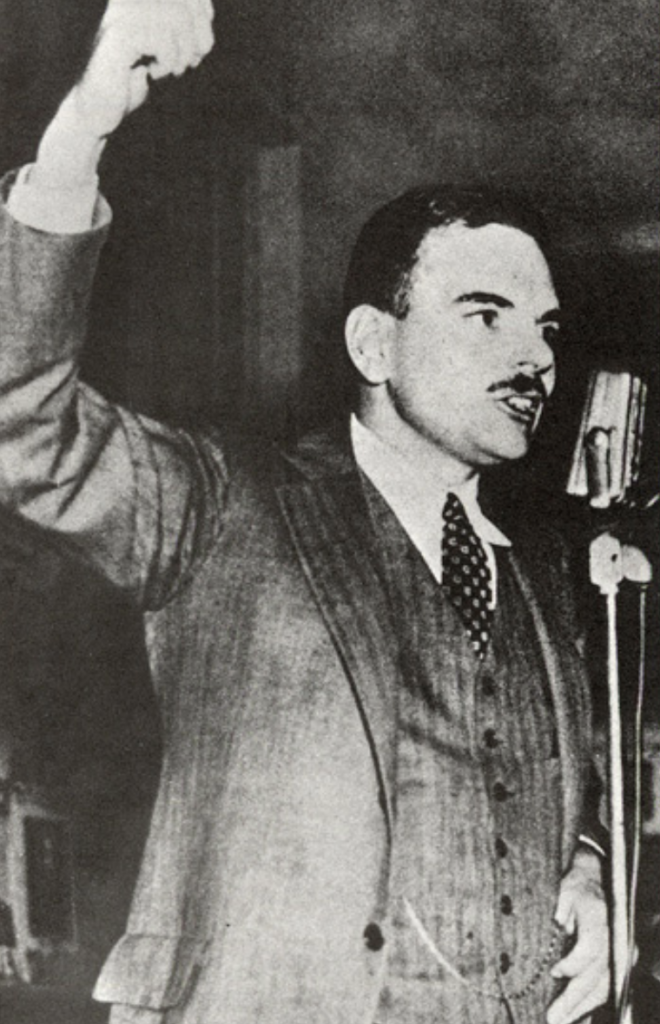 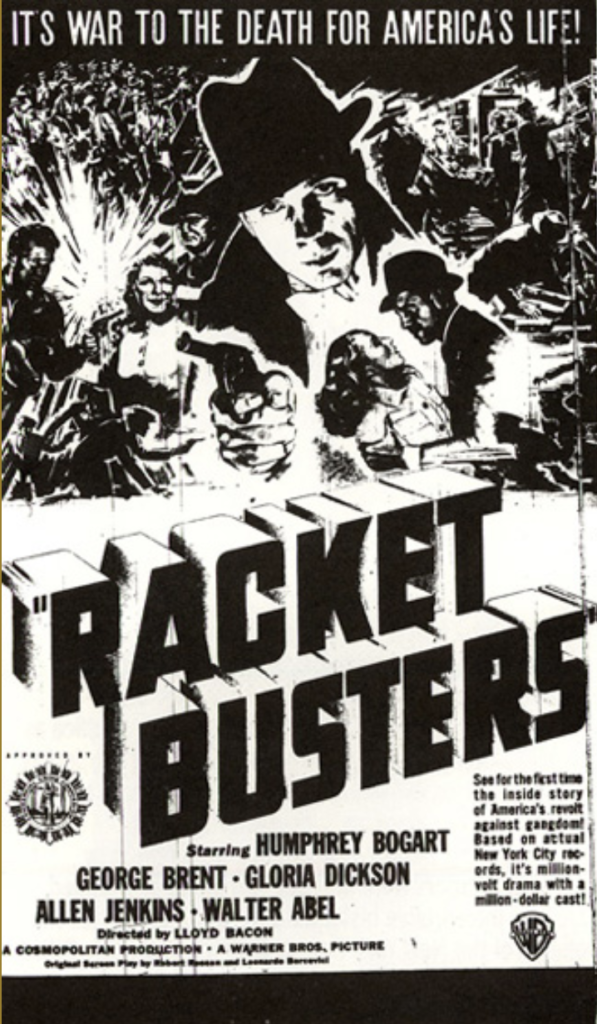 “When Dewey took over, the atmosphere became rather like that in Washington during the early days of the New Deal,” one reporter observed, referring to the excitement, energy and glamour that characterized both enterprises. Traditionally the preserve of clubhouse politicians and their pool of patrons, “the office” under Mr. Dewey’s direction assembled a staff of lawyers and investigators that in the following decades read like a Who’s Who of the legal profession.

What’s more, his many innovations redefined the work of the District Attorney’s Office. From a relatively passive, reactive force, it was transformed into a “veritable factory of prosecution.”

Mr. Dewey took the lead in investigating extortion rings, prostitution, gambling, and corruption in organized labor and government. Under Mr. Dewey, the Office convicted a host of organized crime members and associates, including the notorious Salvatore Lucania, also known as “Lucky” Luciano.

During much of the 19th and early 20th centuries, Tammany Hall reigned as one of the nation’s most successful and corrupt political machines. In 1937, the Office secured the conviction of local Tammany Hall boss Jimmy Hines, one of the most powerful leaders of Tammany Hall in New York City.

Mr. Dewey also famously conducted the investigation that led to the corruption conviction and incarceration of Martin T. Manton, who was at the time the Chief Judge of the United States Court of Appeals for the Second Circuit.

In the course of his 32 years in office, he steadily fashioned the Manhattan District Attorney’s Office into a paradigm of the modern prosecutor’s office. Known simply as “Hogan’s office,” and, on occasion, “Hogan’s Ministry of Justice,” the Manhattan District Attorney’s Office established a widely copied canon of legal and personal conduct for its prosecutors. 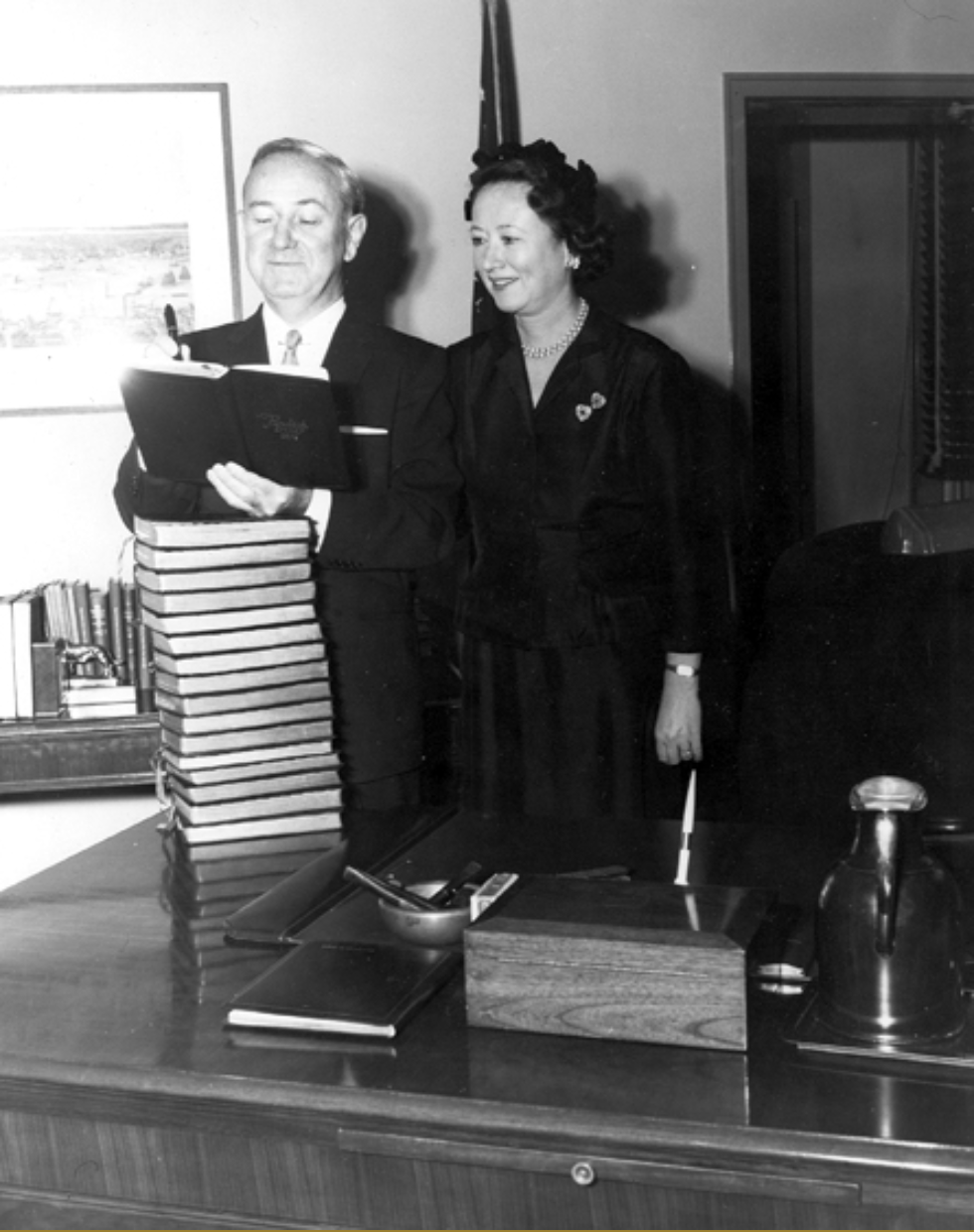 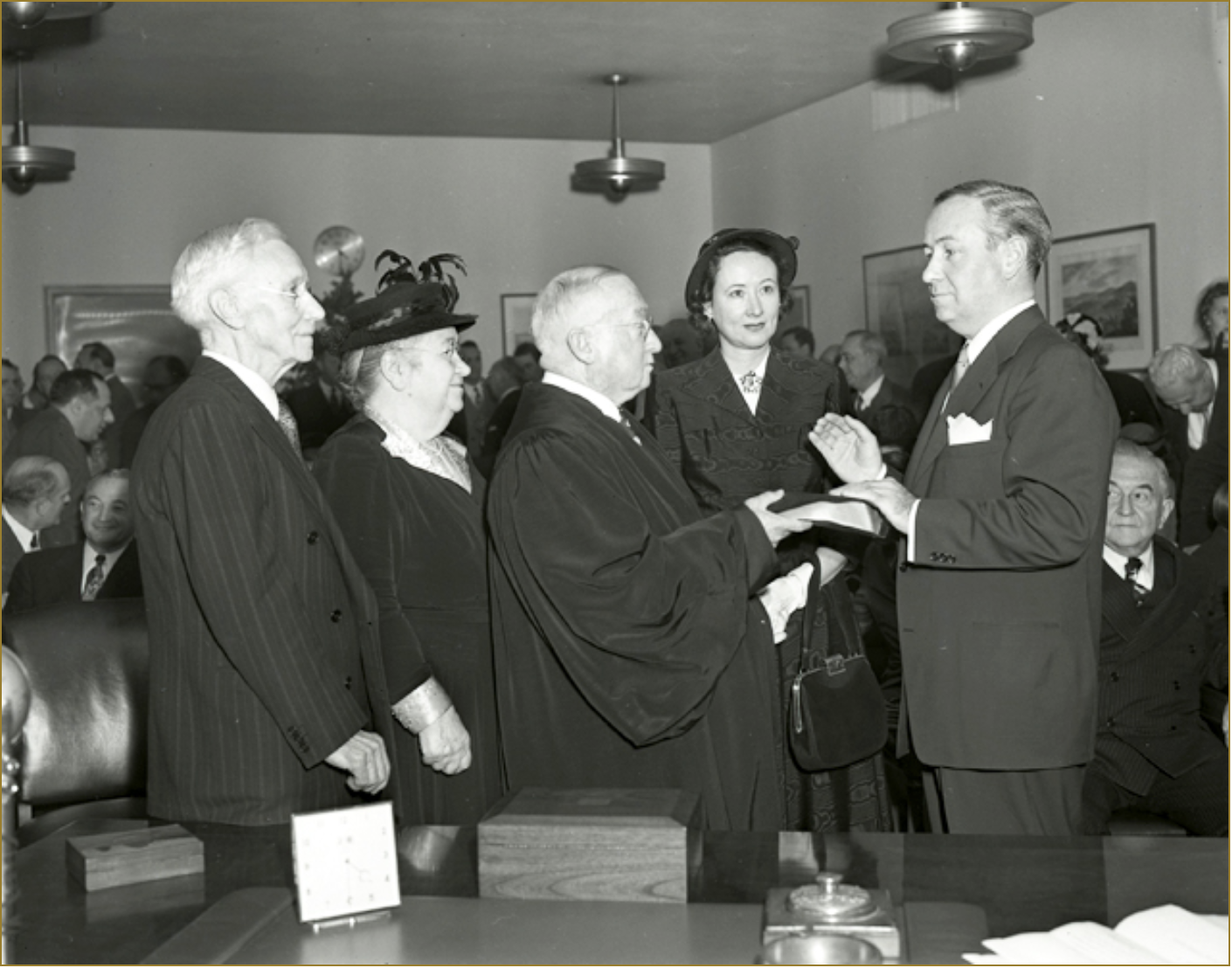 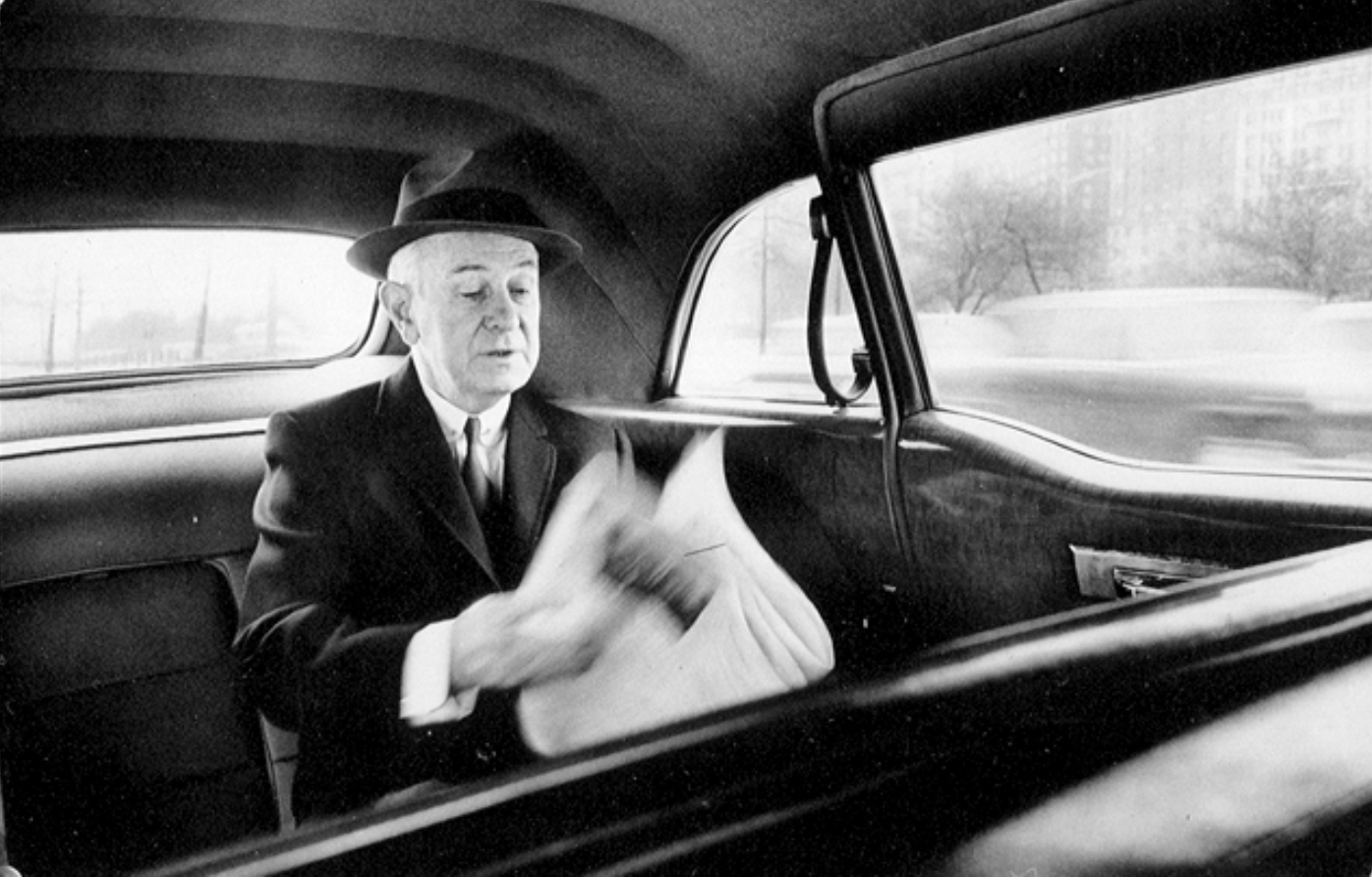 In high-profile cases of all kinds, including organized crime, major fraud, corruption, and homicide, as well as the no less serious robberies and other street crimes, the Office developed a national reputation for excellence, non-partisanship and fairness. The Office was as concerned with exonerating the innocent as with convicting the guilty.

In one of its most celebrated cases, the Office, after an extensive investigation, exonerated George Whitmore, Jr., who had confessed to the brutal 1963 killing of two young women in their Manhattan apartment. The real killer was later identified, prosecuted and convicted.

Under Mr. Hogan, the District Attorney’s Office continued to conduct major investigations into fraud, corruption and racketeering, including, for example, highly-publicized probes in the 1950s and early 1960s into the fixing of college basketball games and the television quiz show scandals.

In 1958, District Attorney Hogan began an investigation into cheating on the television quiz show Dotto following a standby contestant’s discovery of a notebook used to prep winners with the answers. It quickly became apparent to DA Hogan that a widespread conspiracy was in place to hide the truth from the public.

Many producers and contestants lied to the Manhattan DA’s Grand Jury and a subcommittee of the U.S. House of Representatives about their role in quiz show trickery, but eventually admitted to coaching contestants to agonize and sweat over answers they already knew.

Shortly after the quiz show scandals came into public view thanks to Mr. Hogan’s investigation, the U.S. Congress made it a federal crime to give or receive assistance on a quiz show.

“In theory, the function of the District Attorney is to prosecute in the courts people charges with committing felonies and misdemeanors. In fact, so far as serious crimes are concerned, Hogan’s office determines whether accused people are guilty or not. Once the New York D.A. decides you are guilty of a felony, you are. As of June 23, the office has prosecuted to a conclusion this year 2,182 people accused of a felony. Seven of them—0.33%—had been acquitted. Seventy-two had been convicted by juries, and 2,103 have entered a plea of guilty to something.

Defendants plead guilty in New York County because their lawyers can demonstrate to them that they have no earthly hope of winning in court. Thought Hogan has no firm policy on disclosing the prosecution’s case, and an Assistant District Attorney who feels the defense lawyer is a crook is empowered to give him no more than the law demands, standard operating procedure is to lay out the people’s evidence in a conference with the defendant’s lawyer and then begin to negotiate about the severity of the charge to which the defendant should plead.

‘Our record of convictions,’ Hogan says, ‘does not show greater proficiency in the courtroom, but a better screening process. I ask a question whenever there’s an acquittal, because it means the jury thinks we brought an innocent man to trial, and I think a jury is usually right.'”

Richard Kuh succeeded DA Hogan as Manhattan District Attorney after Mr. Hogan suffered a stroke and resigned. The street address of the Manhattan District Attorney’s main office was renamed One Hogan Place in his honor. Mr. Kuh was defeated by Robert M. Morgenthau in the September 1974 Democratic primary for the special election to fill the vacancy.

In 1975, Robert M. Morgenthau, who had previously served for nine years as the United States Attorney for the Southern District of New York, became the Manhattan District Attorney. Faced with rising levels of violent street crime and property offenses when he took office, District Attorney Morgenthau restructured the Office, implementing early screening of felony cases by experienced assistant district attorneys and “vertical” prosecution, which guaranteed that felonies and other serious cases would be handled by the same prosecutor from start to finish. Over the years, he created many specialized units, including the nation’s first Sex Crimes Unit. These organizational changes boosted Manhattan’s conviction rate and led to a dramatic decline in violent crime. 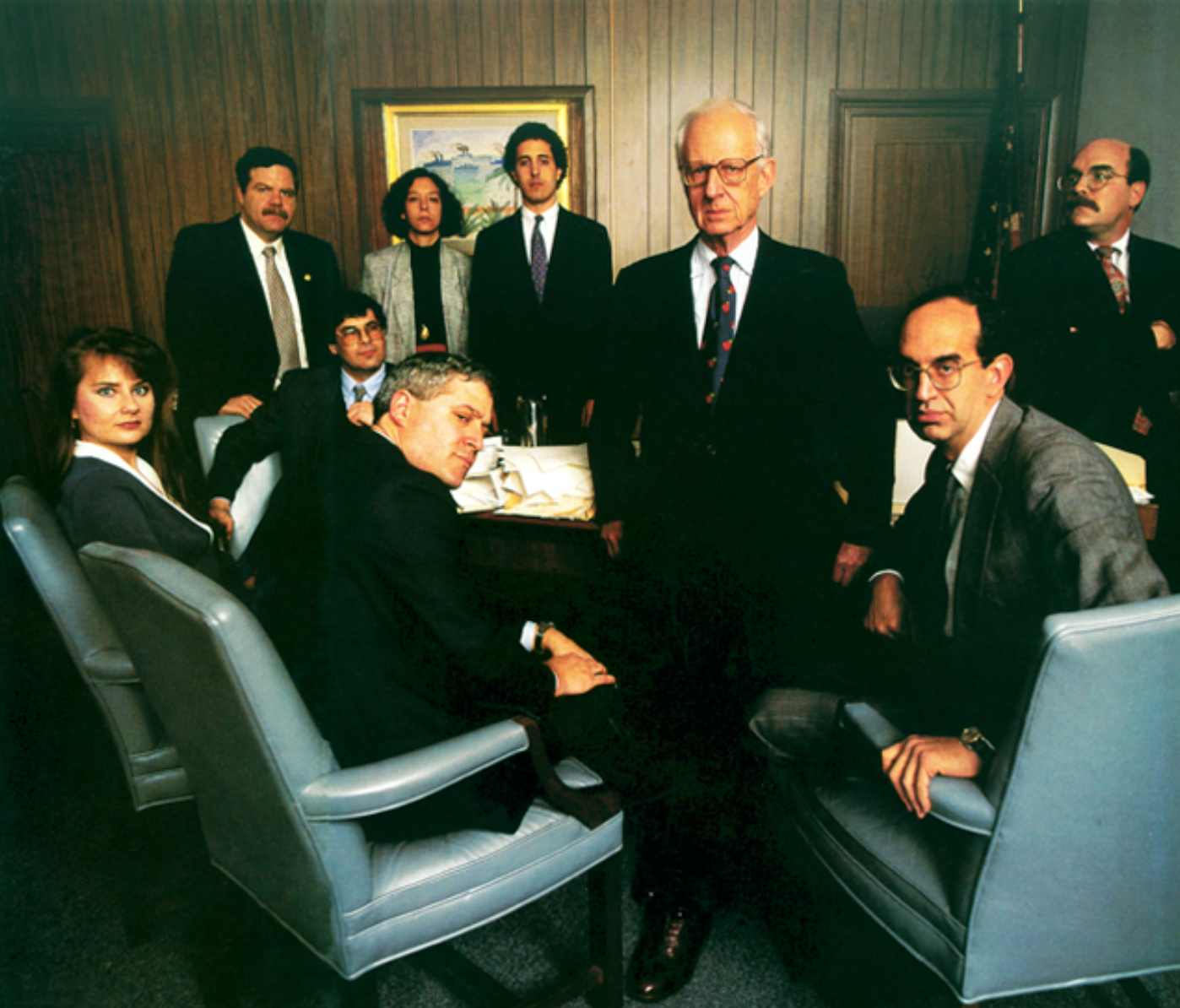 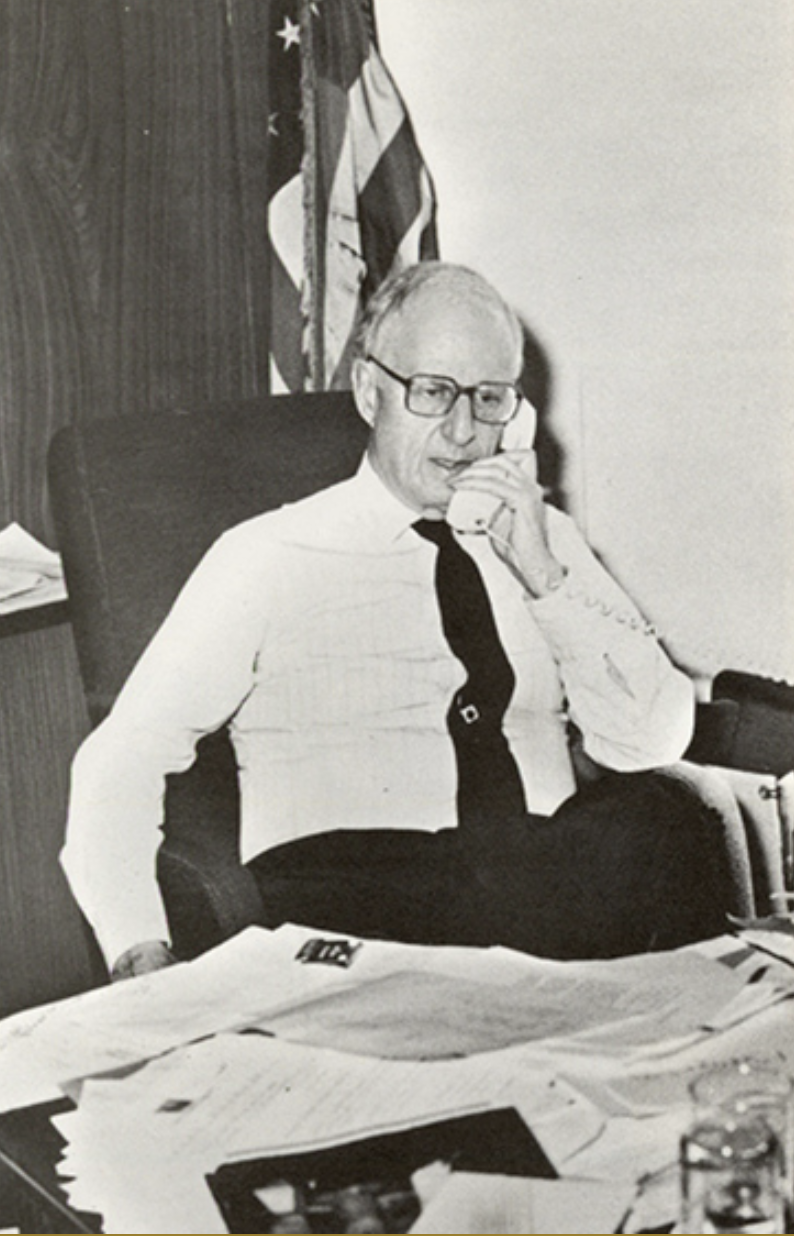 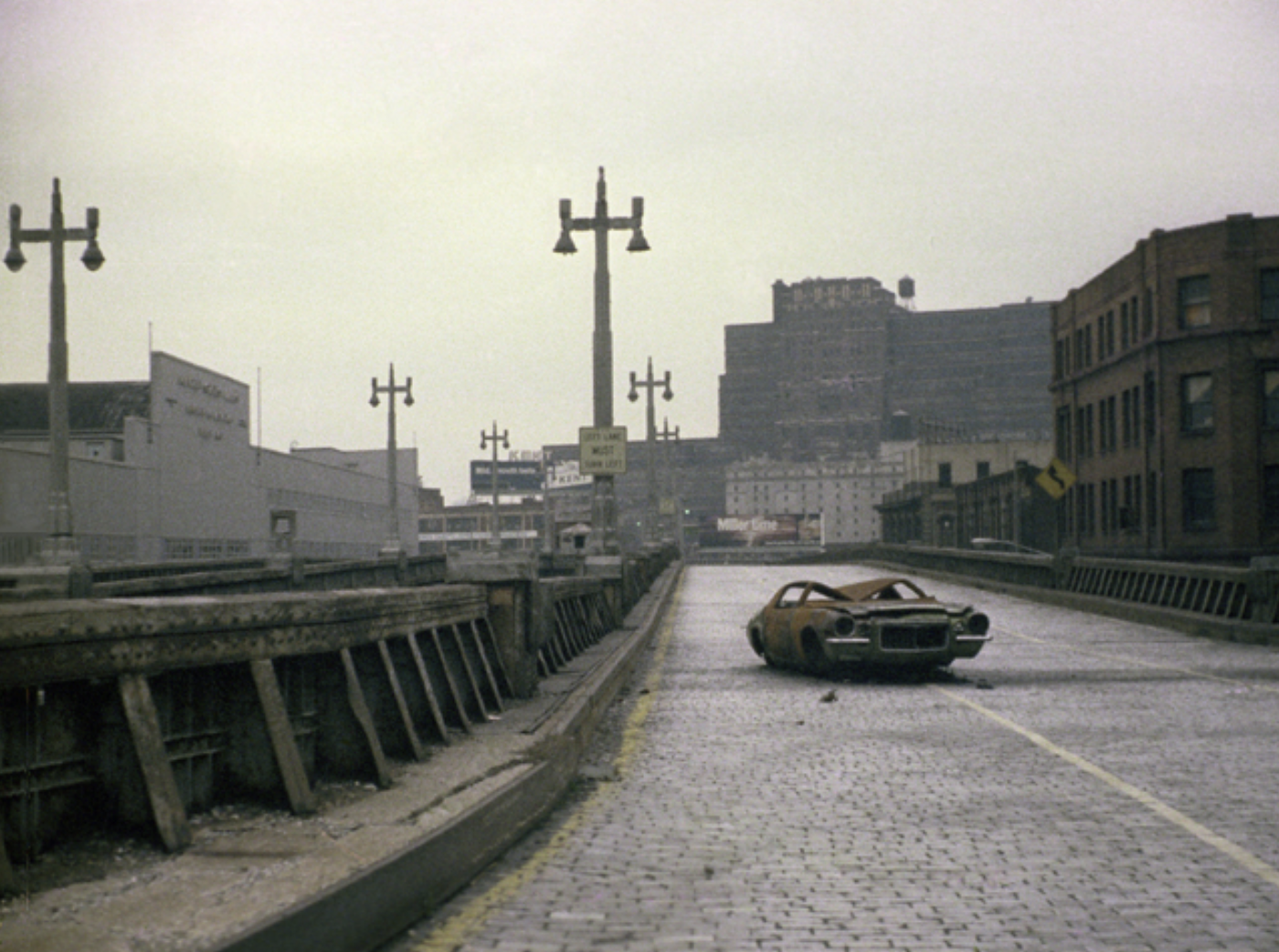 With more violent felons and repeat offenders being sentenced to state prison, crime in New York County dropped markedly. For example, in 2008 there were 62 homicides, 89 percent fewer than in 1974, the year Mr. Morgenthau was elected. During Mr. Morgenthau’s tenure, there was an equally dramatic drop in other crimes throughout Manhattan, including robbery, burglary, and forcible rape. 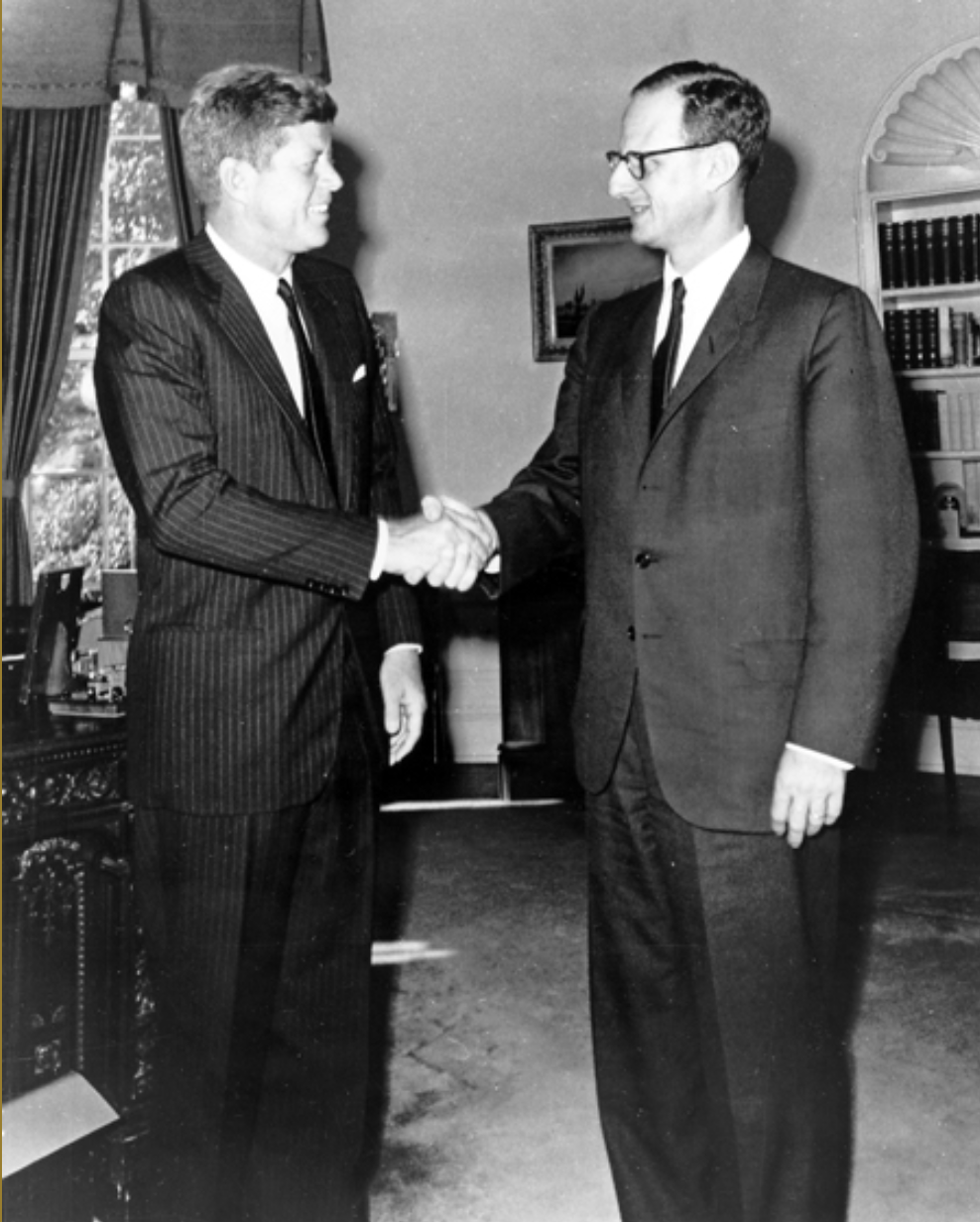 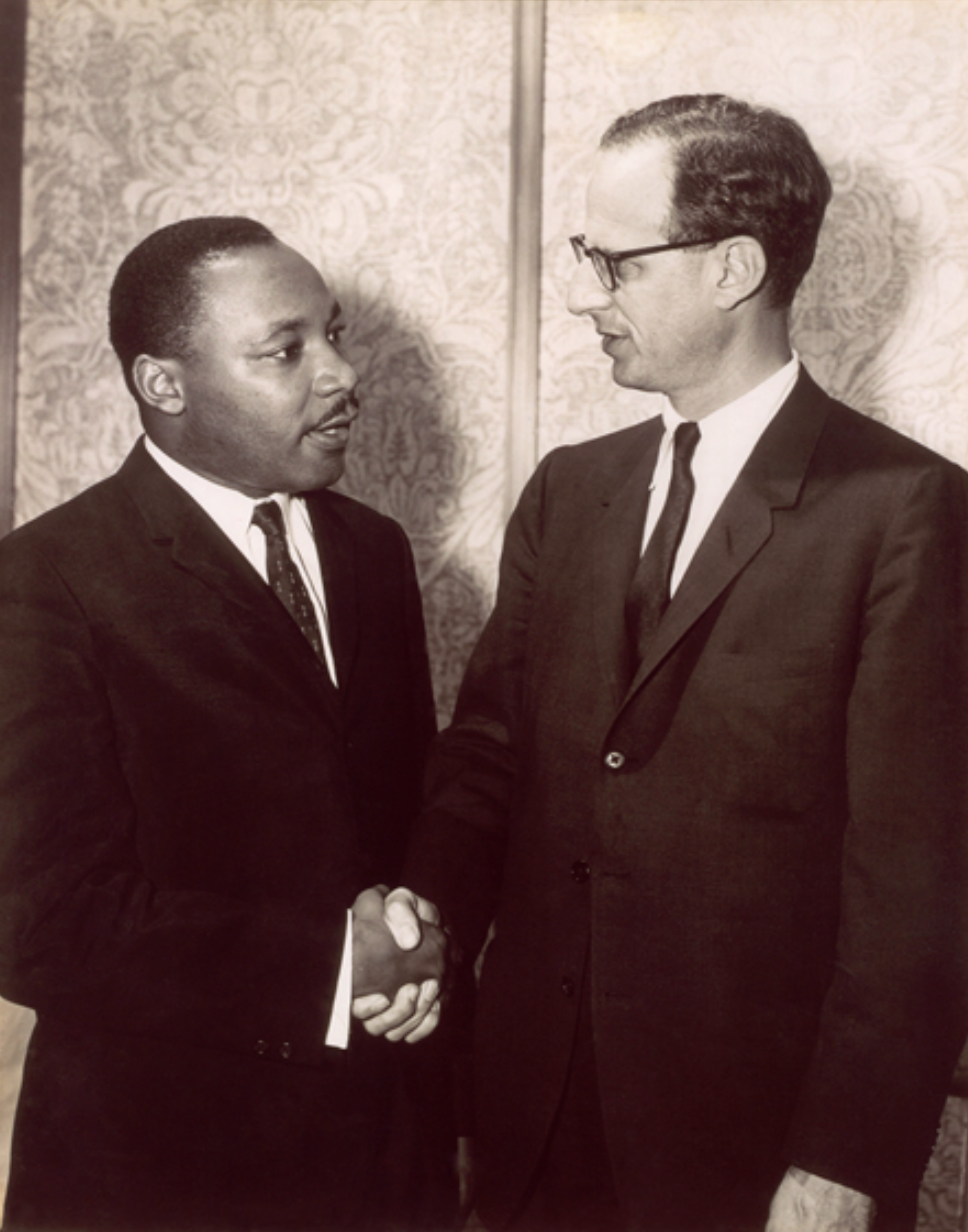 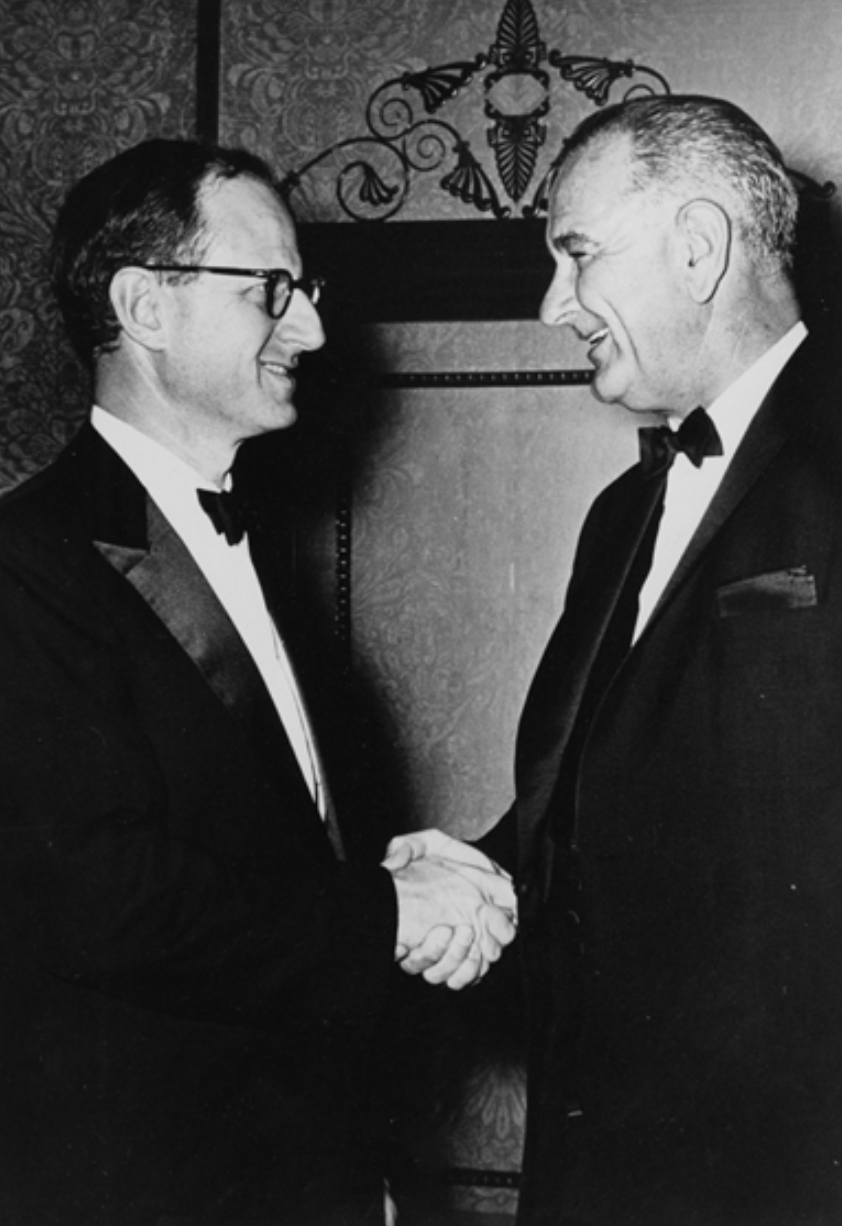 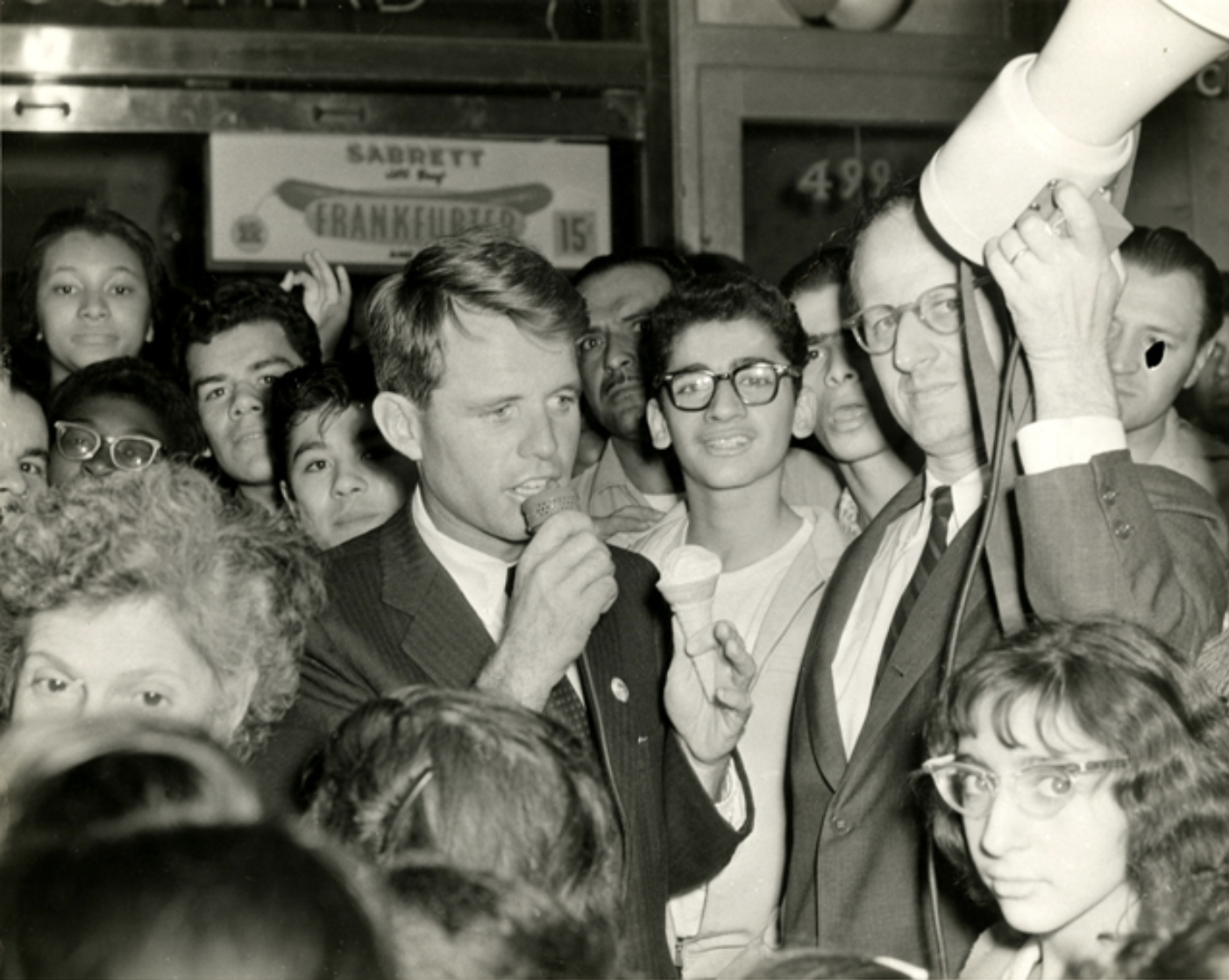 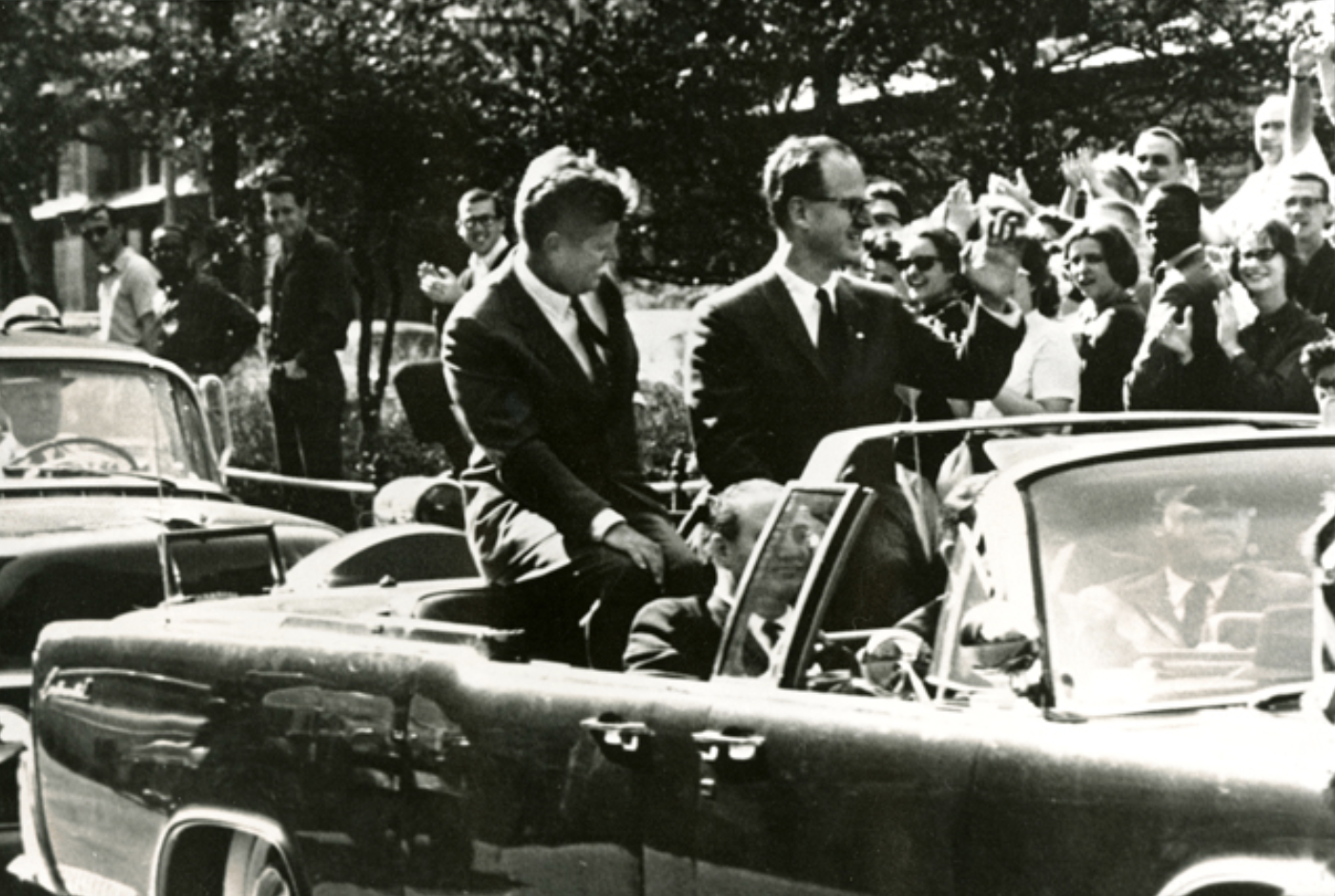 Under Mr. Morgenthau, the Office tirelessly pursued public corruption, complex fraud, and organized crime cases. The Investigation Division was created to coordinate the Office’s white-collar crime, corruption, and organized crime efforts, creating specialized units as needed, such as the Money Laundering and Tax Crimes Unit, to focus on areas of particular concern. The Investigation Division prosecuted systemic corruption and fraud in the construction trades, the garment industry, foreign and domestic banking, the securities business, municipal unions, and city and state government.

In a prosecution of major figures in the private trade-waste business in the mid-to-late 1990s, the Office used the state’s Organized Crime Control Act to help rid an important sector of the city’s economy of mob domination and anti-competitive practices, leading to administrative reform in the licensing and regulation of waste carters.

Matter of Morgenthau v. Cook was the only case DA Morgenthau argued personally before the New York Court of Appeals. Mr. Morgenthau challenged the system of assignment of judges in the City of New York, by filing a proceeding against the Chief Judge of the State of New York (Cook). Cook recused from the case, leaving only six Judges, and Morgenthau won 6-0.

Under Mr. Morgenthau, the Office’s Trial Division prosecuted some of the most notorious homicides in recent memory, including: the murder of John Lennon; the CBS murders; the murder of 6-year-old Lisa Steinberg by her adopted father, Joel Steinberg; the murder of Police Officer Anthony Sanchez; the “preppy murder” of Jennifer Levin by Robert Chambers; the murder of Irene Silverman by grifters Sante and Kenneth Kimes; and the murder of “realtor to the stars” Linda Stein by Natavia Lowery.

One of D.A. Morgenthau’s principal civic activities is the Police Athletic League of New York City (PAL), which he has served since 1962, first as President and then as Chairman of the Board of Directors. 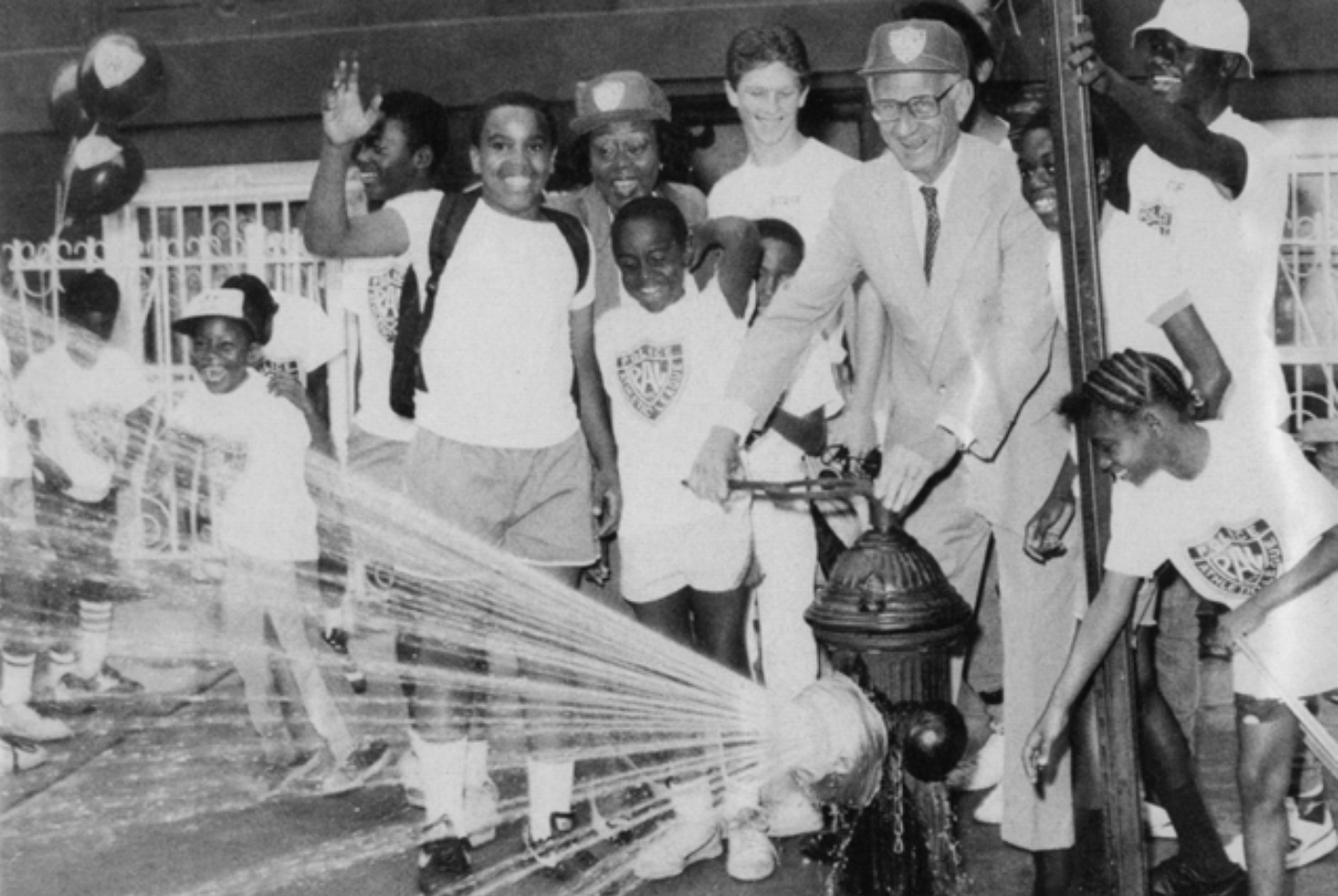 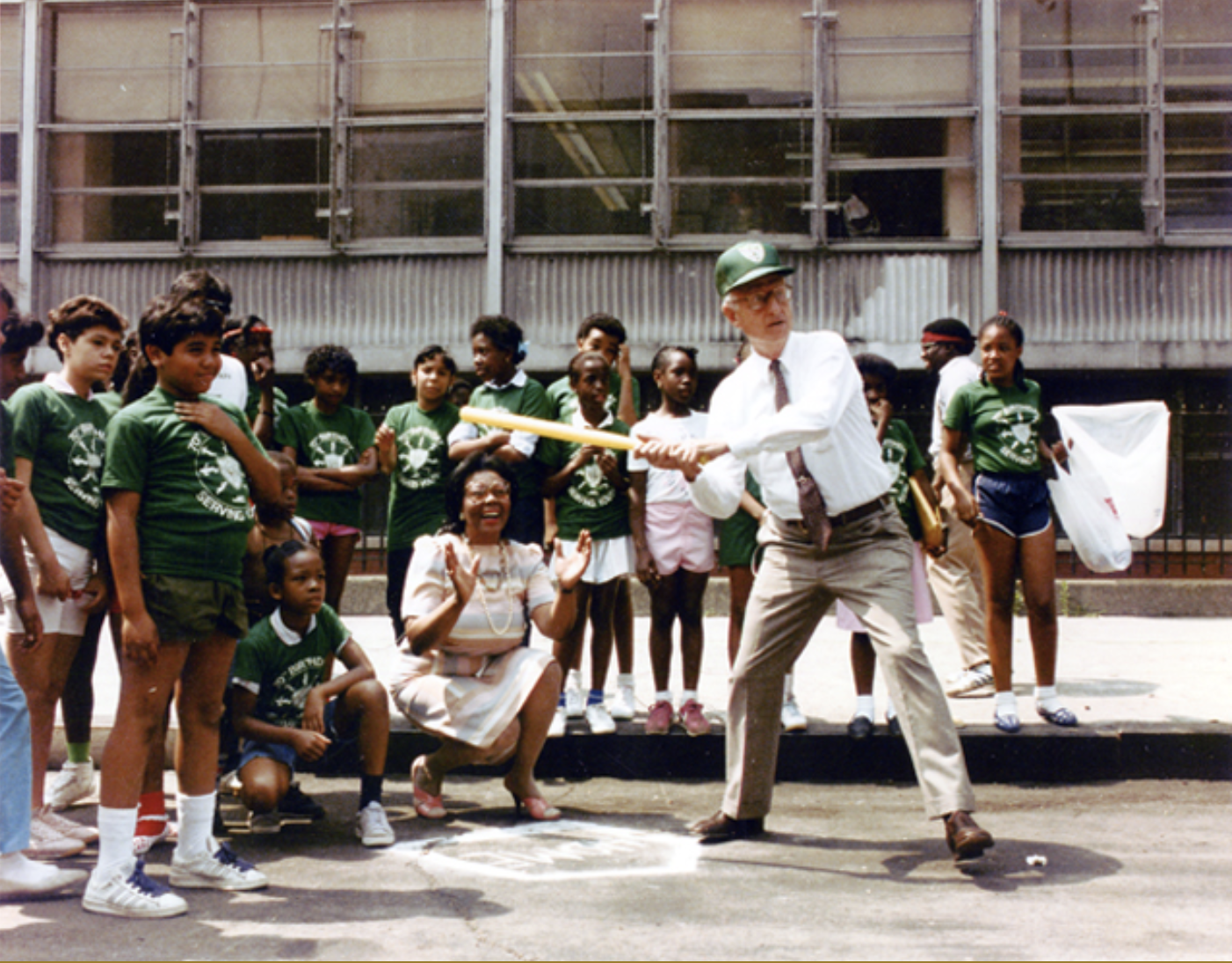 Cyrus R. Vance, Jr., was first sworn in as the District Attorney of New York County on January 1, 2010. Since then, Mr. Vance enhanced the District Attorney’s Office as a national leader in criminal justice by expanding its expertise on an array of 21st century crimes.

Mr. Vance’s achievements as District Attorney include the creation of the first Conviction Integrity Program and Crime Strategies Unit in the five boroughs; 24 indictments against gun traffickers, leading to the removal of more than 3,000 illegal firearms from city streets; dismantling 18 violent street gangs in Manhattan; the first convictions of individuals on State terror charges in New York; the dismantling of multiple domestic and international cybercrime and identity theft operations; and the recovery of nearly $12 billion dollars over the course of settlements with nine banks that violated U.S. sanctions.

District Attorney Vance was reelected in 2017, and is the co-founder and co-chair of Prosecutors Against Gun Violence, an independent, non-partisan coalition of prosecutors from major jurisdictions across the country. He is also a co-founder of the Global Cyber Alliance a non-profit, cross-sector coalition focused on reducing digital vulnerability through the exchange of threat data and the development of open-source risk management solutions.

District Attorney Vance has also taken a national leadership role in addressing the issue of race in the criminal justice system, including commissioning a study by the non-partisan Vera Institute of Justice to evaluate the Office’s practices in charging, plea-bargaining, and bail. Using funds obtained through penalties leveled against financial institutions that violated U.S. sanctions, Mr. Vance has made a series of significant investments in transformative criminal justice initiatives in New York City and nationally. These programs include the testing of backlogged rape kits nationwide; equipping every NYPD officer and patrol car with handheld mobile devices and tablets; reducing the number of individuals with mental and behavioral health issues in the criminal justice system; and enhancing security in New York City Public Housing Authority developments.

Mr. Vance is a graduate of Yale University and Georgetown University Law Center.