"This is the third major SIM-swapping case my Office has brought in recent months, and it won’t be the last. We urge anyone with information about a SIM-swapping scheme to report it directly to our Cybercrime and Identity Theft Bureau at 212-335-9600."

Statement by D.A. Vance on Gov. Cuomo’s Adoption of Proposal to Close the Rape Intoxication Loophole

“This proposal would close a major loophole in New York's rape laws, enabling prosecutors to bring more cases and secure justice for more survivors. I thank Governor Cuomo for his leadership and urge the passage of this common-sense fix that aligns New York's definition of consent with more than half the nation.”

"Allowing private companies in Silicon Valley to continue to assert themselves as the unregulated gatekeepers of critical evidence is dangerous, and warrants legislative intervention.”

“Animal cruelty has no place in 21st-century New York, and will be met with the full force of our laws,” said District Attorney Vance.

“Today’s sentencing proves that even in homicide cases, restorative justice is a meaningful way to empower survivors while offering both parties an opportunity to engage, understand, heal, and move forward."

"This significant guilty verdict puts high-tech fraudsters on notice: federal and state prosecutors in Manhattan have the resources, expertise, and resolve to hold you accountable and secure justice for your victims." 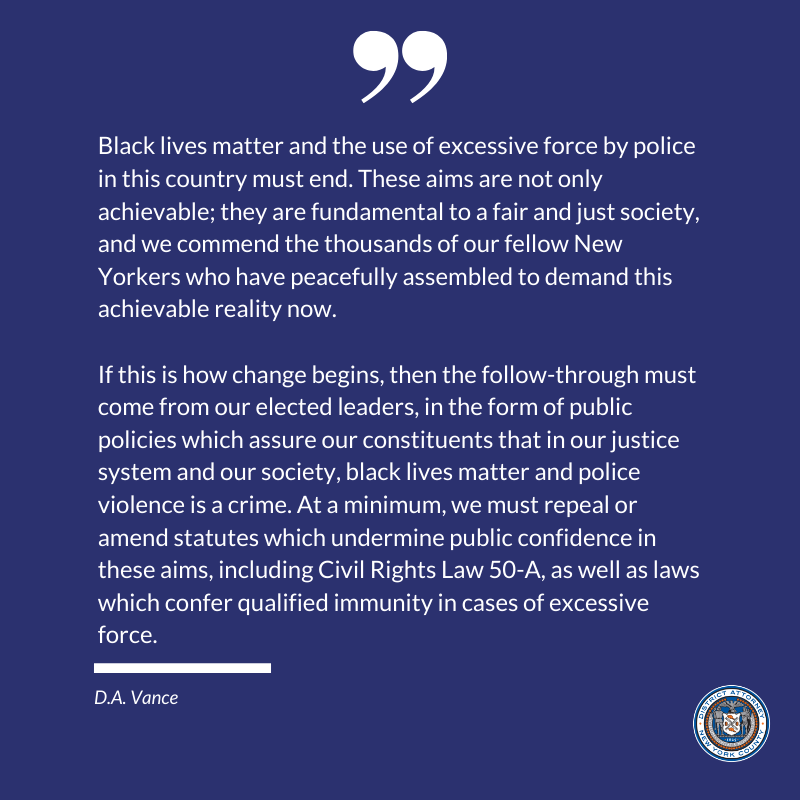 Cyrus Vance, Jr. @ManhattanDA
3 days ago
Read our statement with fellow prosecutors from across the country on the profoundly tragic murder of George Floyd ⏬ https://t.co/LaPE7LnFsf
View on Twitter
8
18

Cyrus Vance, Jr. @ManhattanDA
4 days ago
This week and next, D.A. Vance joins @PreetBharara in a two-part episode to discuss the evolving work of prosecutors in our justice system. Listen here ⏩ https://t.co/e1v3Yxab6m https://t.co/G71iILbX6G
View on Twitter 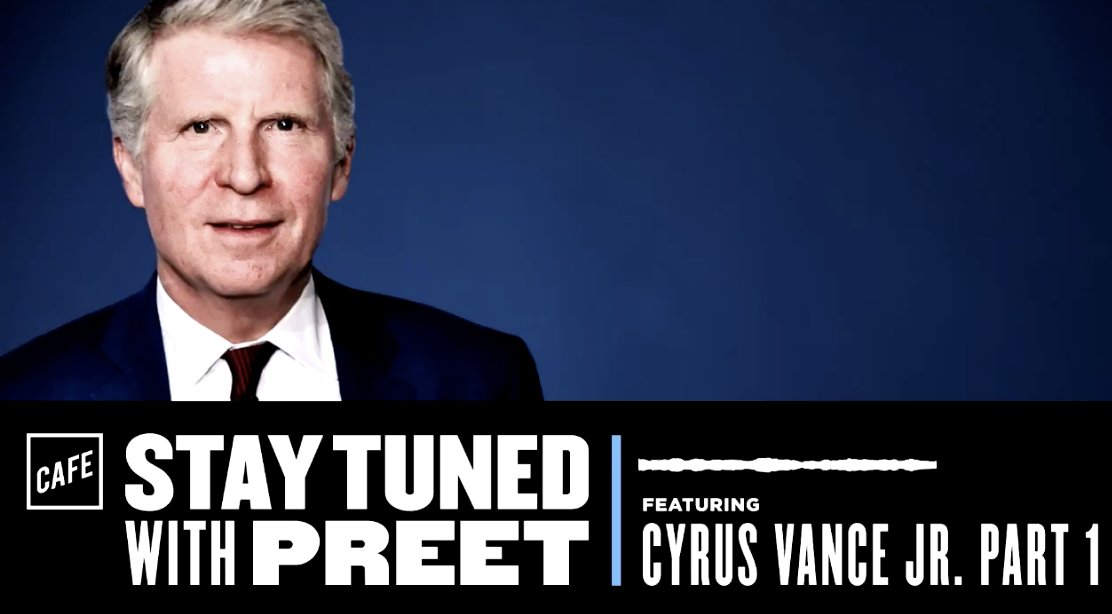