Repatriated Antiquities Include “The Kouros” Valued at $14 Million 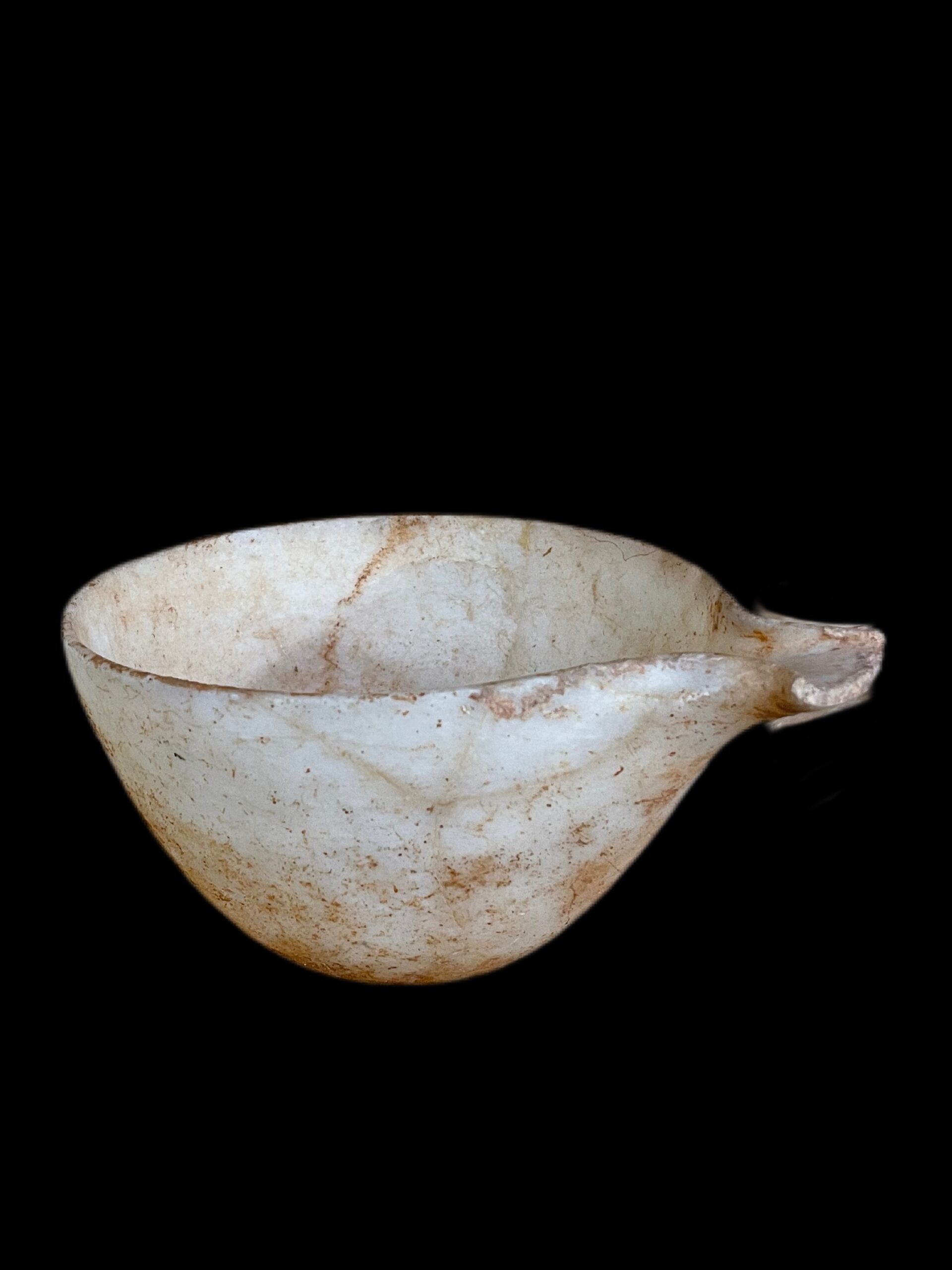 Manhattan District Attorney Alvin Bragg today announced the return of 55 antiquities, including “The Kouros,” valued collectively at more than $20,208,000 to the people of Greece. In December 2021, the Manhattan D.A.’s Office concluded a multi-year, multi-national criminal investigation into MICHAEL STEINHARDT, one of the world’s largest ancient art collectors, seizing 180 stolen antiquities valued at $70 million and imposing a first-of-its-kind lifetime ban on acquiring antiquities. Forty-seven of the objects returned were seized from STEINHARDT’s collection, eight additional pieces were seized pursuant to another ongoing investigation. All the antiquities were returned during a repatriation ceremony attended by Greece’s Minister of Culture, Lina Mendoni, and U.S. Homeland Security Investigations (“HSI”) Acting Special Agent-in-Charge, Ricky Patel.

“While this collection of exquisite ancient artifacts is valued at 20 million dollars, each piece is an irreplaceable display of Greece’s enduring strength, history, and cultural heritage,” said District Attorney Bragg. “I am honored to return these 55 magnificent cultural treasures to the people of Greece – our largest such transfer of antiquities to this nation. I thank my Office’s Antiquities Trafficking Unit and our partners at Homeland Security Investigations for their superb efforts that have resulted in more than 90 relics being returned to five nations in 2022 alone.”

Greek Minister of Culture, Dr. Lina Mendoni said: “On behalf of the Hellenic Government, from the bottom of my heart, I would like to thank the District Attorney’s Office and their excellent cooperation with the Directorate for Documentation and Protection of Cultural Goods of the Hellenic Ministry of Culture and Sports. As a result, 47 Greek antiquities from the Steinhardt Collection, and 8 more ancient assets retrieved from another investigation of your office are being repatriated. The illegal trafficking of our country’s cultural treasures is a serious trauma that hurts all Greeks all over the world. We work systematically to stop this crime.”

Homeland Security Investigations (HSI) New York Acting Special Agent in Charge Ricky J. Patel said: “Although more than fifty artifacts being repatriated to Greece today have a combined multi-million-dollar monetary value, they are priceless to the people of Greece and their true value goes far beyond dollars and cents. The stories attached to many of these irreplaceable artifacts date back to ancient Greece, circa 6000-4000 B.C., and tell the story of the history and culture of an older world. Thankfully, they will now be returned home, so that their stories can be told to future generations. The relationship forged between HSI New York and the Manhattan District Attorney’s Office in this extremely vital investigative area has been instrumental in identifying the theft of national treasures from around world, and ensuring that they are returned home to their rightful place.”

According to filed documents, STEINHARDT purchased the Kouros from Robert Hecht, a now deceased Paris-based antiquities dealer, in November 2000 for $2,348,500, it is now valued at $14,000,000. The Kouros was crafted circa 560 B.C.E., and depicts a youth with 14 rows of braids and is characteristic of kouroi found in archaeological sites in Greece. 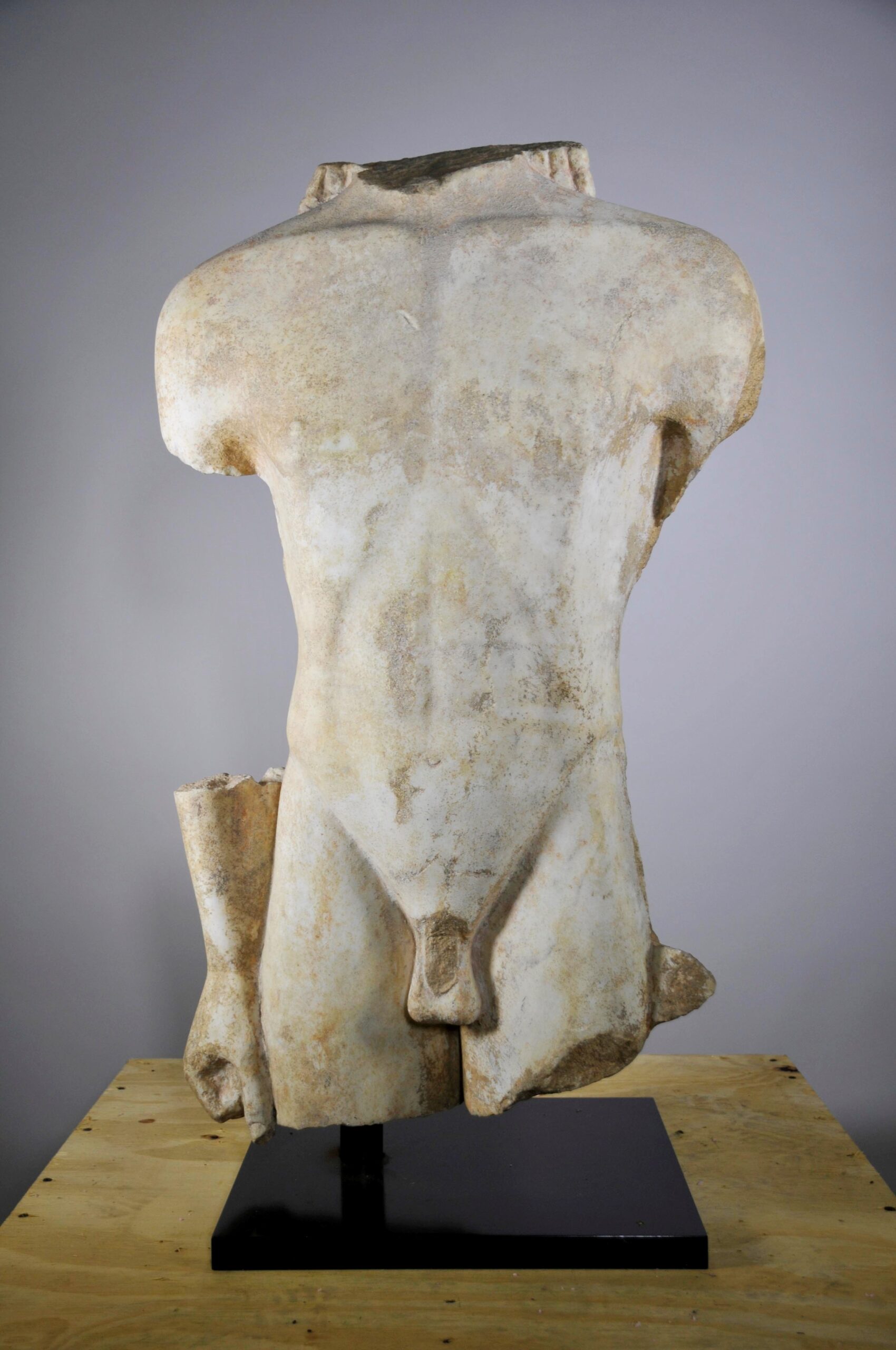 Along with the Kouros, the Manhattan D.A.’s Office returned 46 other antiquities seized from Steinhardt to the people of Greece, including:

Eight other pieces that were seized pursuant to another ongoing investigation were also repatriated.

District Attorney Bragg thanked HSI New York and Elena Vlachogianni, Head of the Department of Documentation and Protection of Cultural Goods, of Greece’s Ministry of Culture for their assistance with the matter.