21 Antiquities Were Seized from the Metropolitan Museum of Art 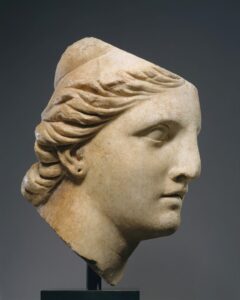 Manhattan District Attorney Alvin L. Bragg, Jr., today announced the return of 58 antiquities valued at nearly $19 million to the people of Italy. The pieces were trafficked by Giacomo Medici, Giovanni Franco Becchina, Pasquale Camera and Edoardo Almagiá. All four of these traffickers sold antiquities that ultimately ended up in the collection of MICHAEL STEINHARDT, one of the world’s largest ancient art collectors, who received a first-of-its-kind lifetime ban on acquiring antiquities following the Office’s multi-year, multi-national criminal investigation. 21 of the pieces were seized from the Metropolitan Museum of Art.

All the antiquities were returned during a repatriation ceremony attended by Italy’s Consul General Fabrizio Di Michele, General Roberto Riccardi of the Carabinieri’s Command for the Protection of Cultural Heritage, and Mike Alfonso, Acting Deputy Special Agent in Charge from Homeland Security Investigations (HSI) New York.

“These 58 pieces represent thousands of years of rich history, yet traffickers throughout Italy utilized looters to steal these items and to line their own pockets. For far too long, they have sat in museums, homes, and galleries that had no rightful claim to their ownership” said District Attorney Bragg. “Exposing these schemes takes years of diligent and difficult investigative work, and I applaud our team of prosecutors and analysts, who in coordination with our law enforcement partners, are continuing to make unparalleled progress in returning stolen antiquities.”

“We praise the intense and fruitful cooperation between Italian and US authorities, and notably with the New York County District Attorney’s Office, for the recovery of looted or stolen antiquities” said Fabrizio Di Michele, Consul General of Italy. “These extraordinary 58 masterpieces are an invaluable treasure of our history and heritage. It is to be underlined that this is the third repatriation ceremony that takes place in just nine months. I wish to acknowledge once more the work done by District Attorney Alvin Bragg and his outstanding team, as well as the Homeland Security Investigations, and our irreplaceable Carabinieri’s Comando Tutela Patrimonio Culturale. The return of these artifacts to the places they belong is a testimony to their tireless and steadfast commitment.”

“Today we mark the return of 58 ancient works of art, valued at over $18 million.  These treasures of incalculable cultural value represent some of the finest examples of Italian heritage.  These pieces were looted and smuggled from Italy and, in several cases, passed on to unwitting collectors and museums, unaware of their specious provenance.  HSI special agents and antiquities experts have worked for years to unravel the smuggler’s trail and locate the items we return today.  We could not be more proud to stand beside our partners at the Manhattan District Attorney’s Office and our partners in the Italian government as we return these priceless antiquities to their rightful owners—the people of Italy,” said Homeland Security Investigations (HSI) New York Acting Special Agent in Charge Ricky J. Patel.

Giacomo Medici, Edoardo Almagiá and Giovanni Franco Becchina all led highly lucrative criminal enterprises – often in competition with one another – where they would use local looters to raid archaeological sites throughout Italy, many of which were insufficiently guarded.

Pasquale Camera was a regional crime boss who organized thefts from museums and churches as early as the 1960s. He then began purchased stolen artifacts from local looters and sold them to antiquities dealers.

Some of the pieces being returned today include: 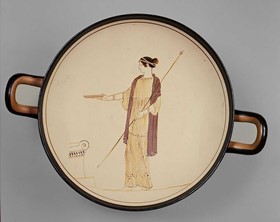 If you have information about stolen or trafficked antiquities, please contact 212-335-9323.