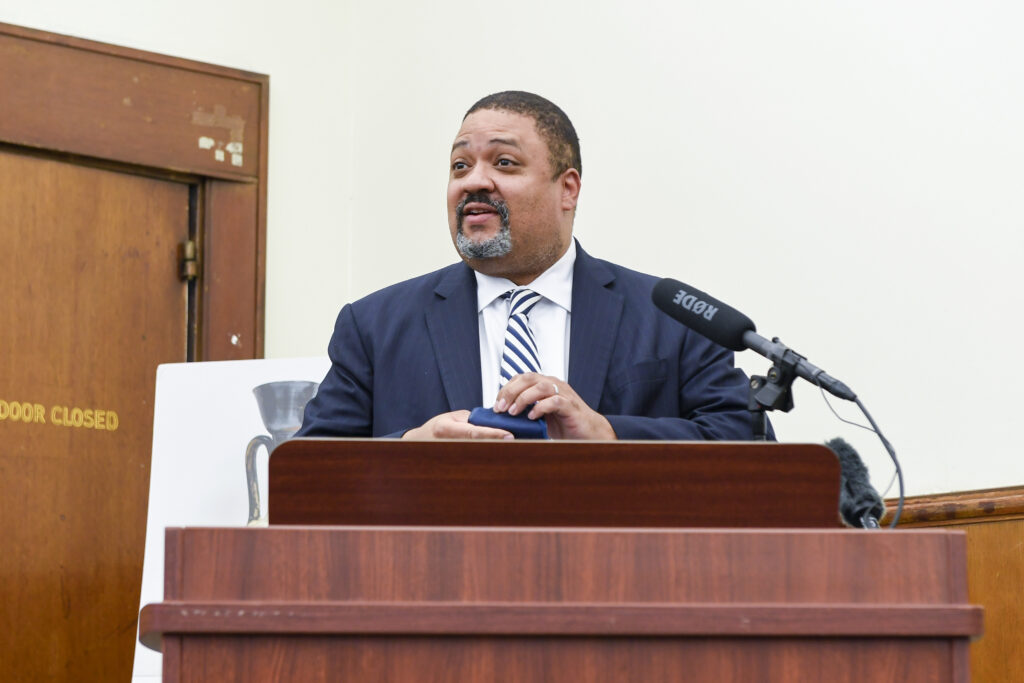 “Community trust in the justice system is essential to achieving public safety. New Yorkers must know that law enforcement is acting with the utmost integrity in the pursuit of equal justice under the law. Without that belief, our criminal justice system will fail to deliver the real and lasting safety that every community deserves.” — D.A. Bragg.

One of the first things D.A. Bragg did upon taking office was to create a Post-Conviction Justice Unit (“PCJU”) to review wrongful convictions and address the root causes behind them. Aligned with national best practices, PCJU is an independent unit separate from trial and appellate prosecutors. All investigations are done in collaboration with impacted individuals and their attorneys, including reviewing and analyzing evidence. PCJU takes a holistic approach to post-conviction justice, including providing services and support to exonerees and survivors, and advising the Office in best practices through trainings and root cause analyses.

We created an open and transparent process to request a review. PCJU reviews submissions from people convicted of crimes, their attorneys, and, in some cases, community members, clergy or investigative journalists. To request a review, visit manhattanda.org/pcju. 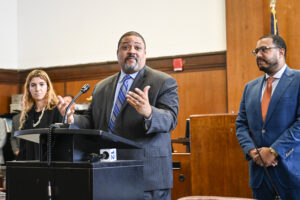 PCJU’s first exoneration was that of Steven Lopez, who was indicted in connection with the “Central Park Five” case – now known as the Exonerated Five. D.A. Bragg personally stood in court to vacate Mr. Lopez’s conviction, stating “Mr. Lopez was charged and pleaded guilty in the face of false statements, unreliable forensic analysis and immense external pressure.” The Court agreed with D.A. Bragg’s conclusion that “a conviction based on an unconstitutional plea cannot stand.”

D.A. Bragg bolstered the Office’s work to ensure integrity in law enforcement by creating a Police Accountability Unit (“PAU”), which operates independently from the rest of the Office and reports directly to the district attorney. PAU is tasked exclusively with investigating and prosecuting law enforcement officers who engage in criminal conduct while on duty. That includes excessive force – except for fatalities, which are handled by the New York Attorney General’s Office – in addition to corruption, falsifying evidence, and testifying falsely in court.

The Office created an easy-to-use form for New Yorkers to report criminal misconduct by law enforcement officers in Manhattan and share video, photos, and other evidence with the PAU. Visit https://www.manhattanda.org/policemisconduct/ to report.

188 Convictions Tied to Discredited N.Y.P.D. Officers Are Tossed Out